Here’s Something to Feel Good About Today: Chris Gethard Is Maybe Getting an IFC Show 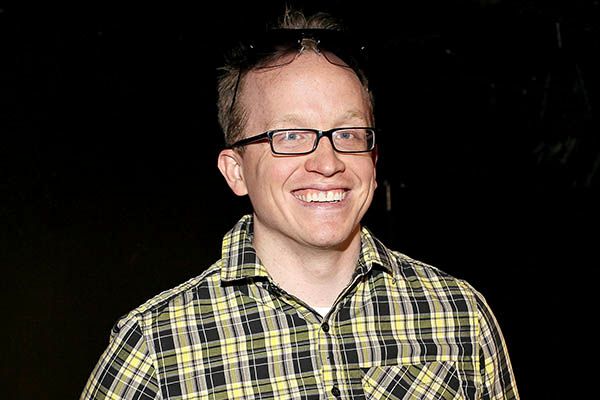 Almost exactly two years ago, comedian Chris Gethard got his big shot. After a decade of working in the trenches at New York’s Upright Citizens Brigade Theater, watching brigades and fleets and battalions of his friends go on to become SNL/Daily Show/NBC-Thursday-Night soldiers, he landed the lead role in Comedy Central’s Big Lake. Co-starring Horatio Sanz and Chris Parnell and co-produced by Will Ferrell and Adam McKay, it was the network’s attempt to get into the Tyler Perry model of quickie syndication (Charlie Sheen’s Anger Management is currently on the same path). If the show had been renewed after its initial 10-episode run, it would have been picked up for an additional 90 — which, according to Gethard, would have netted him an instant $2.2 million. Making things even nuttier: Gethard got the part real late in the game, after original star Jon Heder had dropped out, and so didn’t have much time to mentally transfer from “broke guy living in Queens apartment without working shower” to “sitcom star.” Meanwhile, the media attention around the show centered on the unlikely tale of Gethard’s late-breaking success. And then, of course, the show failed. Big Lake wasn’t picked up, and sank ignominiously into the trash heap of canceled crappy sitcoms.

But here’s the feel-good part. Afterward, Gethard brushed himself off, went back to New York, went back to doing his thing. And today, IFC announced they’re in business with Gethard. The network has ordered a pilot script for a show based on Gethard’s recent memoir, A Bad Idea I’m About to Do: True Tales of Seriously Poor Judgment and Stunningly Awkward Adventure. You can’t hold Chris Gethard down! You can’t do it! Don’t even try!

Here’s why it matters that Gethard’s getting a show based on his own material, rather than hitching to someone else’s wagon. After Big Lake, our protagonist kicked off a messy quasi-variety hour called The Chris Gethard Show. It aired on cable access. As New York Magazine explained, that wasn’t exactly by choice: “The Chris Gethard Show had actually begun on the UCB stage in 2009, and … Gethard traveled to L.A. to pitch a network version. But while producers were intrigued by some of his elaborate crowd-sourced stunts — he and his fans once brow-tweeted Diddy into making a cameo — they deemed a live call-in show too risky.”

So Gethard kept at it on his own, pouring his Big Lake savings into the show. And then, eventually … no, it never did get picked up. But the show was its own reward. As Gethard explains in a recent piece he wrote, The Chase Is the Thing and the Thing Is the Chase: Learning to Love Failure:

“[P]ublic access doesn’t have the reach of cable, but you know what it is? Ours. That show represents a world that I am the architect of and that I believe in … Those are OUR voices. There’s pride there, in what we’ve built. I lose money on it. Almost no one watches it. But — It. Is. Us. Keep in mind though, for as much as we love making it and for as much as those of you who watch the show seem to enjoy it, the show IS A FAILURE. It’s the thing I’ve done that’s loved the most by the people who love it, but you know who’s not convinced? Development executives, production companies, and decision makers.”

I’d like to quote more from this piece, but it doesn’t quite boil down to a paragraph or two. Also, you should maybe just read the whole thing, as it does a much better job than I’m currently doing of explaining why you’d want to root for this guy. But the main takeaway, as Gethard dives deep into his psyche between the years of struggle, the unlikely success, and the hollowness of that success: All the attention and the money was great, but “I was still waking up a lot of the time and dealing with my depression and anxiety. When I was feeling down, I would still call my mom in New Jersey, and she would still talk to me like I was the same idiot whose diapers she used to change.” The point is, success isn’t going to solve your problems, failure isn’t going to ruin you, and so either way you should just do what you’re doing because you want to be doing it. Gethard: “You know when I was offered the contract for A Bad Idea I’m About to Do? The day [Big Lake] premiered. I don’t think I’ve ever said that publicly, but doesn’t that feel like karma or God or whatever you think it is that guides life saying ‘You know in your heart you should have been doing your own thing this whole time anyway, right?'”

So now that book will maybe be a TV show. But, also, maybe it won’t. Gethard’s probably cool with it either way.

By the way, the Diddy cameo mentioned above is worth your time to read up on as well. January of last year, after a series of tweet requests, Diddy actually showed up at UCB, bodyguard on hand, and then took part in a bunch of dumb skits. (Why Diddy? According to Gethard, “Who is the most unattainable person, [Diddy] or the Pope? And I don’t think he has Twitter.”) As ArtsBeat pointed out in a review, “Diddy seemed most engaged by a segment in which he was asked to come up with nicknames for Mr. Gethard and his crew. He repeatedly buried his head in his hands and went into long, Zen-like trances, emerging to declare that Mr. Fanelli’s nickname was Luther, Ms. O’Neill’s was Mercedes (“a down-home stripper name,” Diddy explained) and Mr. Gethard’s was Ray Ray (no explanation offered).” And now? Ray Ray’s back, motherfuckers.