The Next Day: David Bowie’s Big Return Is Whatever You Need It to Be 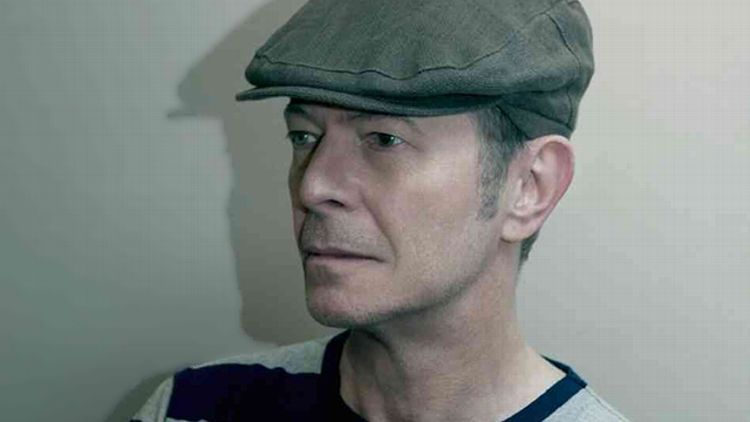 By now, anyone who’s interested in David Bowie has probably heard his new record, The Next Day. It’s been streaming on iTunes for nearly two weeks, and most of the major music publications and websites have already reviewed it. If you’ve heard The Next Day, you’ve probably judged it (without consciously trying) against your perceptions of Bowie’s overall legacy. This is partly because The Next Day is Bowie’s first batch of new songs since (in order of significance) his 2004 heart attack during a concert in Germany, his withdrawal from public life, and 2003’s Reality. It’s also because of how The Next Day is constructed: Like basically every other artist (no matter the discipline) of his age and stature, Bowie’s primary influence at this point is himself. So, whether The Next Day is a success will depend on how much David Bowie still sounds like David Bowie at 66.

Turns out The Next Day encapsulates Bowie’s career with the mile-wide and inch-deep thoroughness of a budget-priced greatest hits record. There’s a song about a high school shooter with a reasonably glammy guitar riff and girl group backing vocals. It’s The Next Day’s Aladdin Sane track. There’s another song that awkwardly approximates bar-band soul and prominently features a squawky saxophone. It’s The Next Day’s Young Americans track. There’s an antiwar song with a striking, echo-y guitar lick. It’s The Next Day’s U2-pretending-to-be-Bowie-in-the-early-’90s track. The title song similarly re-appropriates the icy, herky-jerky art-rock of Bowie’s Berlin period through the lens of LCD Soundsystem’s This Is Happening. And let’s not forget that there’s a song called “Dancing Out in Space,” which I assume is Bowie trolling Flight of the Conchords.

The Next Day was produced by Tony Visconti, who helmed Low, Heroes, Lodger, and Scary Monsters and Super Creeps. (Also: T. Rex’s Electric Warrior, The Dandy Warhols’ Welcome to the Monkey House, and parts of Cherry Poppin’ Daddies’ Soul Caddy.) In an interview with NME teasing the release of The Next Day, Visconti said that “if people are looking for classic Bowie they’ll find it on this album, if they’re looking for innovative Bowie, new directions, they’re going to find that on this album too.” This assessment is at least 50 percent ridiculous — The Next Day in no way is an “innovative” record, and nobody expects or wants it to be. Bowie just re-emerged from a retirement that was widely assumed to be permanent. The Next Day has been viewed as a window into Bowie’s past, an excuse to re-evaluate what’s already happened in his career and celebrate an unexpected epilogue for merely existing. “Classic Bowie” is all anybody cares about now.

Heading into The Next Day, I assumed it was an “art of dying” record, the de rigueur move for aged rockers suffering well-publicized bouts of ill health. An “art of dying” record is heavy on maudlin reflections on long, troubled lives, and meditations on the finality of death and the possibility of redemption. Musically, these records are typically stripped-down, dour affairs — heavy on ballads and acoustic drudgery. Bobby Womack and Glen Campbell have made “art of dying” records in recent years. Warren Zevon’s The Wind is the Citizen Kane of the form; Johnny Cash’s “American” albums are its Battleship Potemkin.

If you want The Next Day to be a profound statement of mortality, there are enough bread crumbs scattered throughout the record to support that thesis. You can normally spot an “art of dying” album easily by browsing the track listing and looking for signs of deathbed depression. Sure enough, The Next Day passes the test with “Where Are We Now?” (a handsomely lunching ballad about “a man lost in time … just walking the dead”), the hypnotic psych-rocker “Love is Lost,” and “You Feel So Lonely You Could Die,” a pop-opera whose scarifying imagery (“buildings crammed with people, landscapes filled with wrath”) is rendered as high melodrama by doom-ridden orchestral lightning crashes.

Scanning the reactions (positive and negative) The Next Day has garnered, it appears that critics have their own visions for Bowie to live out on his big comeback record. Rolling Stone says “the whole album evokes his old friend John Lennon’s “In My Life” — in a way, every song here could be a sequel to that one.” Spin compared one song to Fountains of Wayne’s “All Kinds of Time” and Pavement’s “In the Mouth of a Desert.” Writing at NPR.com, Ann Powers said she likes “to imagine” Bowie being inspired by woman rockers like PJ Harvey, St. Vincent, and Merrill Garbus of Tune-Yards. Clearly, Bowie’s most Bowie-esque attribute — his ability to act as an empty vessel that people can fill with their fantasies, projections, and ideological baggage — has not abandoned him.

So, I guess I might as well put my own preferences and prejudices on to The Next Day. When Bowie rasps that he’s “not quite dying, my body left to rot in a dying tree” on “The Next Day,” I hear echoes of rock’s other most celebrated cracked actor, Bob Dylan, the guy who wrote the book on how to grow old as a rock star by embracing every wrinkle, every gray hair, and every craggy contour of his weathered vocal chords. I swear Bowie is straight up impersonating Dylan on the squishy-squashy R&B stomper “Dirty Boys” — or maybe it’s Tom Waits, who’s just now aging into the wizened old hobo persona he’s been honing for 40 years.

In 1971, Bowie wrote a heartfelt “Song for Bob Dylan” that earnestly yearned for the protest singer of old who “brought a few more people on / And put the fear in a whole lot more.” The real-life Dylan in ’71 was trying to put the fear into A.J. Weberman so the notorious “Dylanologist” would stop digging through his garbage. The Dylan that Bowie was imagining had long since disappeared — if he ever truly existed at all. But Bowie knew even then that image was more powerful than reality. The Next Day is elastic (and ultimately translucent) enough to cater to whatever version of Bowie the world needs after all this time. Bowie is back with us – and also as removed as he ever was.