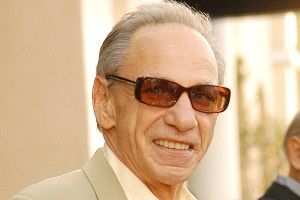 The life of Henry Hill as seen in the film Goodfellas is merely a snapshot of what would turn out to be a true American story: one of rags to riches, sin and redemption, full of flaws, and with a slice of Hollywood flair for good measure.

Still, there was one question not asked: How is the Mafia handling this? And who better to ask than Hill, the mastermind behind the oft-forgotten Boston College point shaving scandal of the late ’70s? In fact, the two hours and 26 minutes of Goodfellas only captured a second of this part of Hill’s life, when Morrie was asking, “Did you hear about the points they were shaving up in Boston?” seconds before Tommy DiVito stabbed him in his skull.

In my conversation with Hill he was candid, ebullient, and at times very introspective — delivering each part of his story as if he were unburdening it for the first time.

But he wasn’t. He had told these stories hundreds of times. Told them to the FBI, to author Nicholas Pileggi, to filmmaker Martin Scorsese, and to anyone who happened to have the bar stool next to him and took the time to ask. In fact, many of Hill’s late-night phone calls to Pileggi would be received by Pileggi’s wife, screenwriter/director Nora Ephron, who took these calls and turned them into the 1990 film My Blue Heaven, to which Hill said, “I bothered them so much I thought she earned that, so I didn’t sue.” And as far as the bar stool talk? Former federal prosecutor Ed McDonald told yarns about how getting star witness Hill to court on time often involved retracing his steps the night before to find out at which bar in New York Hill had left his false teeth.

All these good, bad, and ugly stories being told about Hill were fine with him, because though he may have fought many demons in his life (drugs and alcohol being a couple) there was one thing he was forever addicted to: the spotlight.

How else do you explain becoming a regular guest on The Howard Stern Show? Going so far as to once imply on the show that he had in fact killed a guy with an ice pick, which led to Hill selling autographed ice picks on eBay? All this while spending the rest of his time telling anyone else that would listen that in all his years in organized crime he never committed murder? He was like a soldier willing to cross that threshold and brag about a medal he never received.

Of all his flaws, I can say that Hill was loyal. Well, unless he found out you were putting a contract on his life. Then he tended to turn on you. After I spoke with him about the Donaghy scandal, Hill was asked to go on several other shows to talk about the same topic. Before he was set to appear on MSNBC with Dan Abrams, he asked if we could send him some ESPN stuff to wear for the interview because, as he wrote, “You guys thought of this first.”

In later years, long after being expelled from the witness protection program in the ’90s, Hill began selling his art online, writing a cookbook, and putting his name on a gourmet tomato sauce called Henry Hill’s Sunday Gravy and a restaurant called Wiseguys in New Haven, Connecticut — which would ironically burn down shortly after it opened. Hill was selling his name and his legacy not because it was the only thing he had, but because it was the only thing he wanted out there.