Handicapping The Bachelorette: Is This Over? 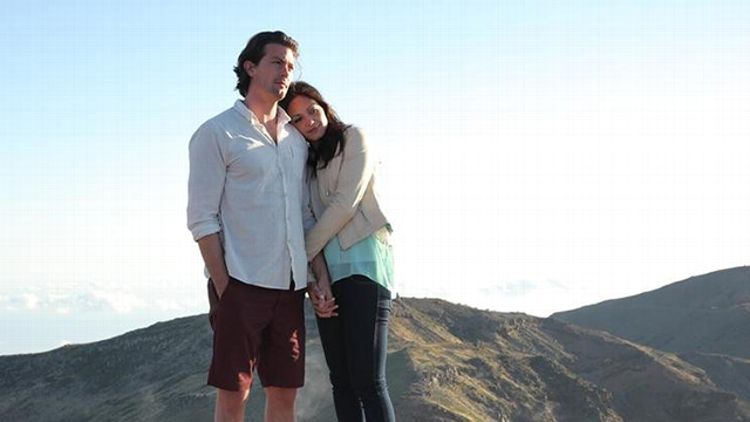 I expected tears this week. Weren’t we teased with tears? The only time Des cried came near the end of the episode, and they were emotional tears, not the more fun kind of drama-fueled tears. In fact, there was actually a healthy dose of good cheer this week. Des was visited by her three pals Lesley M., Jackie, and (winner) Catherine from last season’s Bachelor, and Madeira seems lovely. With just five guys left, there’s no place for the duds to hide.

So, that was weird. After the four dates this week, Des sat down with supreme leader Chris Harrison for a state of the union discussion. This chat is a standard part of the show at this point, deployed to remind us that the Bachelor(ette) is not just an android kissing machine, and that Chris Harrison does have a purpose on this show. (The success of the segment in achieving those goals is still up for debate.) There are four episodes left this season — hometown dates, the final three, the Men Tell All special, and the three-hour finale with reunion special — so it seemed reasonable to expect that the Des-Chris conversation would be a time filler and nothing more. But, just when you think you know it all, TPTB throw us for a loop. Des tearfully tells Chris that she loves Brooks, and Chris Harrison speaks for us all when he asks, “Is this over?” Great question, Chris.

While our friends at ESPN Bachelorette Stats & Info will determine where this shocking turn of events falls within the pantheon of shockers, it’s clear that this is Brooks’s game to lose. His date was quite nice: He and Des drove to the top of a mountain that was literally in the clouds. Along the way, they invented a new love scale, a way to measure the multiple stages of falling in love. A few things about this:

At this point, the only thing stopping Brooks from winning this thing is his own feelings, and/or a disastrous hometown date. Brooks is not yet running. He is just skipping.

If Brooks never makes the leap on the love scale, there’s always Chris. Very handsome, poetry-loving Chris. He has now written so many poems that there may not be enough words left in the English language to support any further work. It was just relentless last night. First, they wrote a poem together on their yachting date. Then he read her a second poem declaring his love at dinner, though he struggled to get it out. This might be the most ominous sign for Chris: If the literary gag falls short, how much further can he go? He also said a few non-rhyming, alarming things last night. He wants to have three or four kids so they don’t have to make friends outside of the family. Maybe he envisions his family as the next Kardashian clan, or perhaps he never had friends as a child, but who wishes for their kids to be friendless? Chris is the opposite of Brooks right now: He’s too enthusiastic about Des.

I hate Drew. I just can’t stand him. Even though Des anointed him best kisser and tells her friends that he is the hottest (though not necessarily the one she is most attracted to), I find it hard to understand why he is still here. This week he went on the two-on-one date with Zak W. They raced go-carts followed by a picnic lunch on the tiny track’s tiny infield. He loses the race, but inexplicably wins the date by receiving the rose. He stressed and stressed how excited his family is to meet Des, and how much he wants her to meet his mentally injured sister. Of course she couldn’t send him home. If this were Survivor, Drew would have a good shot at winning: a non-factor for the first half of the season, a player of moderate power in the second half, no extremely egregious moves. However, this is a game of personality and love. And Drew sucks.

No Chance at All: Zak W.

Two very sad things happened to Zak this week. He no longer holds the best kisser belt nor did he win the rose on the two-on-one. Sure, he wasn’t sent home and Des will be meeting his family, but there is no hope for this guy. If a series of pastel drawings like he gave Des this week won’t win over the fashion designer, what will? Perhaps his problem derives from the fact that he has two voices: the one he uses in regular conversation and the one he uses to talk to the camera. When he does his interviews, Zak talks like he is a high school freshman trying to impress the seniors. Zak has outperformed expectations to an immeasurable degree, though, so he can feel good about that.

It was clear that Michael would be eliminated when all the legal jargon disappeared from his vocabulary. It’s hard to win if you don’t go on a one-on-one until Week 7, and without James or Ben to confront, Michael G. was useless. Before he could go, though, he suffered what I consider to be a pretty unpleasant date. He and Des went on a high-speed toboggan ride through the streets of Madeira. Not only did it lack the romance of Brooks’s mountaintop and Chris’s yacht, it was a conveyance that required two operators. It reminded me of the high-speed, exotic version of a pedicab, a.k.a. a rickshaw. Remember when Seinfeld rendered these socially unacceptable? When and how did we stray so far from Jerry’s standards? The toboggan ride was followed, later in the night, with the Madeira equivalent of the private concert. Though, where Chris was previously treated to the musical stylings of unknown American acts that were imported to various locales, Michael G. and Des magically stumbled upon a local trio. Maybe the producers ran out of money, or maybe they knew Michael G. would be sent home so they saved their pennies for a better date with an actual contender. Michael G., we will not miss your H&M hoodie, your wide-leg jeans, or your tireless crusade to serve the right reasons.