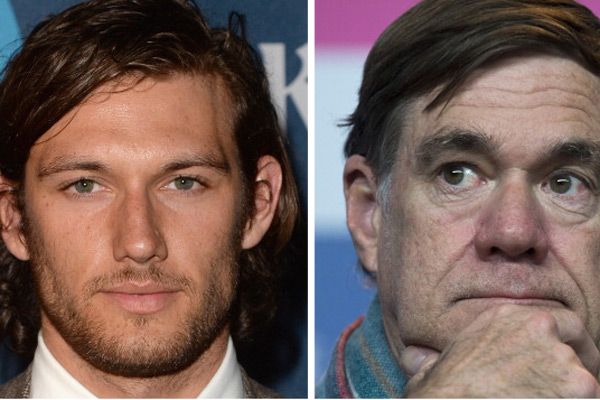 Gus Van Sant is apparently so interested in making Fifty Shades of Grey that he shot a “test scene” starring Alex Pettyfer to prove he could handle it, according to TheWrap. Why is Van Sant so hot to do Fifty Shades? He’s never really been one to chase big projects, although I would love to see him make a superhero movie. Maybe it’s the allure of seeing how far he’d be able to push the sex scenes, although the movie is almost guaranteed to go for a hard R rather than the NC-17 that a faithful adaptation would be sure to get. Or maybe it’s because it takes place in Van Sant’s longtime home of the Pacific Northwest? Pettyfer (who fellow Shades fan Bret Easton Ellis championed on Twitter for the role of dominating mysterious billionaire Christian Grey) is 23, which makes him about four years too young for the role. Pettyfer showed off a generous amount of swagger and charisma in Magic Mike, but got out-swaggered by Channing Tatum because Tatum could actually dance, while Pettyfer just kind of thrusted arrhythmically whenever he was onstage. Always go with the guy who can dance! With his towheaded permanent sneer, Pettyfer looks like a perfect ’80s movie villain; equal parts James Spader’s “Stef” from Pretty in Pink and William Zabka.

Van Sant’s first short film, The Discipline of D.E., based on a William S. Burroughs story, is about the pleasures of an extremely regimented lifestyle. Directors are notoriously control freaks, and I suppose it’s not that far of a stretch to imagine someone like Van Sant (or Steven Soderbergh, or David Fincher) identifying with the obsessive attention to detail that consumes Christian Grey. Directors and sadomasochists take a similar gratification from staging situations to exact specifics. It can be a thin line between BDSM and ASMR. Van Sant’s Psycho remake isn’t any good, but I bet it was satisfying for him to shoot.