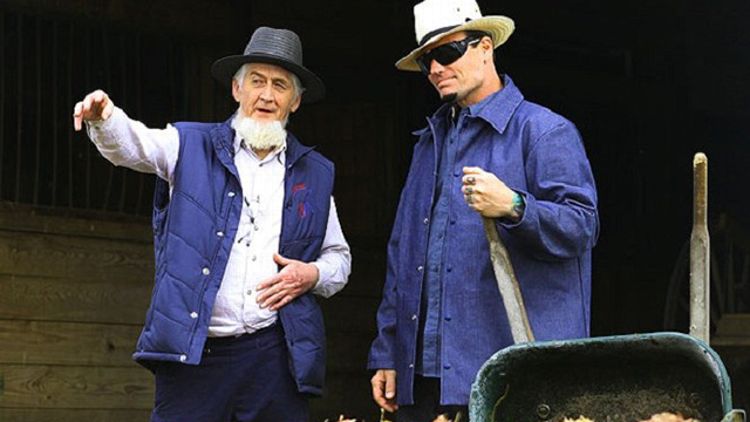 That’s not zero, but TWO shows for Ice, back to back, with the former a one-hour special and the latter the Season 2 premiere of his house-flipping show, The Vanilla Ice Project.

But that’s to be expected when your first season is met with all of these accolades:

In case you were out of the loop, Vanilla Ice is to DIY home renovation cable television programming what Möbius and Mandelbrot are to strips and sets.

Fast-forward to 2013, a year including another “Ice My House” special and the conclusion of the third season of The Vanilla Ice Project (with a fourth en route in the fall), and it seemed as if Van Winkle’s Flavor Flavian dominance of a network couldn’t get any stronger.

That’s what it seemed. Until yesterday:

Well then. Ice, your thoughts?

That concluding “LOL” really adds a certain level of “I can do anything I want at the DIY Network, NINJAS” to an otherwise sincere-sounding statement. Anything else, Robert?

Whatever, Ice. You don’t have to convince us of your motives. You deserve this. If LL can star on NCIS: Hollis, Queens and host the Grammys on the same network, why shouldn’t you be able to juggle house flipping and a reverse DIY Rumspringa in the same fashion?

Answer: you should. And you are. Congrats.

While it’s becoming increasingly clear that the Amish, while anti-technology, have proven to be very pro–reality show, that’s not the most intriguing aspect of this announcement. Seemingly because of the popularity of Vanilla Ice, the DIY Network has decided to go all in on celebrities doing it themselves. In addition to Ice, its three other shows on the horizon:

Seeing as that there aren’t three more random formerly famous people than not-D.M.C., not-Oates, and Bronson Pinchot, one can (hopefully) assume this is the tipping of the celebrity grab-bag iceberg. If this experiment goes well, which it probably will, 2014 could see this trend take off unstoppably.

And since, over the course of this piece, I’ve become shockingly invested in the future of this network, it only seems appropriate to float some ideas DIY’s way, less because they haven’t been already explored, but mostly because I want to write about them.

There are more. These, as noted previously, are just the frontrunners.

Godspeed, DIY Network. You have a bright future ahead of you. Don’t mess this up.