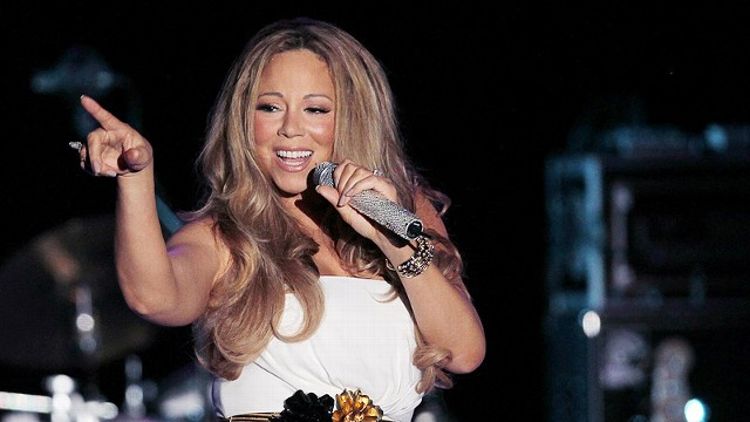 In what is easily the most exciting development in an otherwise buzz-bereft cycle of American Idol since intergalactic chauffeur Nicki Minaj somehow managed to yawn a rainbow of magical butterflies during an underwhelming rendition of Adele’s “Someone Like You,” the Hollywood Reporter last night dropped a 10-megaton karaoke bombshell: The show’s producers had concocted a bold but aborted plan to discard soporific diva Mariah Carey, in-season, and restore shiny judging goddess Jennifer Lopez to her rightful place on the panel. The shake-up scheme was quickly abandoned when Carey’s lawyers threatened to rain hellfire down upon all who would dare threaten Mariah’s contractual right to babble something positive toward the stage when awakened by a mild electrical shock from her Coca Cola cup, but THR‘s sources maintain that the search is already on for her eventual replacement, and, possibly, for the entire judging roster.

The denials were swift, if sometimes cagey:

“This is just another ridiculous Idol judge rumor, likely started by talks of Jennifer performing on the finale,” a Fox spokeswoman tells THR in a statement. Producer Fremantle North America declines to comment. A rep for Carey denies these allegations. Idol producer Nigel Lythgoe tells THR: “I have not been included in any conversation regarding replacing Mariah with Jen this season.”

We hate to be cynical at emotional times like these, but it feels important to remind everyone of the Idol brain trust’s propensity to place a flaming shitbag upon their own doorstep, anonymously alert the neighborhood to its presence, then act appalled as they dramatically stomp it out, hoping to attract some gawkers to their stoop. It wasn’t that long ago that “leaked video” of Minaj and Carey threatening to “kill each other” was being circulated to tease a feud that never materialized — unless you consider alternating side-eye and hero-worship volleys a feud — and it’s hard to see this as anything but yet another desperate attempt to get people to pay some attention, any attention, to the show as its ratings continue to slide off the Nielsen cliff.

There’s probably even a lot of truth in the drama; it’s not at all hard to believe they want to bounce Carey, as she has struggled with the “having opinions” and “pretending to be awake” aspects of the gig, or even that they plan to activate a trap door underneath the judges’ table and dump everyone into a pit full of emaciated tigers. The only thing that’s reliably generated any buzz for their struggling franchise in the past few seasons is the hunt for new judges — and the attendant hope that fresh blood will somehow restore the show to its former glory. So maybe we shouldn’t be surprised if the next story from the Idol camp involves the fatal mauling of the too-gentle-for-this-world Keith Urban, who died trying to hug the jungle cat feasting on his throat.