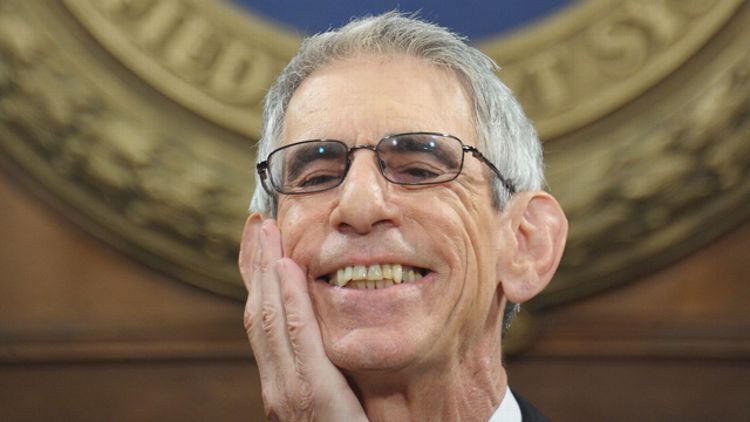 Richard Belzer is leaving Law & Order: SVU. On last night’s episode, Captain Cragen broke the news to Detective Olivia Benson: “Munch put in his papers … Liv, it’s OK. Nothing changes. Except what has to.” On an October 16 retirement party episode, Belzer’s character, John Munch, will be making his last appearance on the stalwart procedural. Damn. I guess we knew this day had to come, huh? And yet, that doesn’t make it any easier. So let’s just take a quick moment and raise our glasses to Munch: He was a real wiseacre, and a damn fine cop.

Two mitigating circumstances: Belzer has, in the past, not ruled out making cameos on the show post-retirement. Also, this is Detective John Munch we’re talking about! The all-time record holder for “most appearances on different TV shows by one character”! If anything, this retirement might just give him time to up his ante, and really break away from the competition. Surely, we’ll be seeing him around somewhere?

As the New York Post explains, Belzer “has appeared as that character on at least nine series, demolishing the previous record of six held by [Cheers's] George Wendt and John Ratzenberger, who reprised Norm and Cliff … on Frasier, The Tortellis, The Simpsons, Wings, and St. Elsewhere.”

Homicide did a few crossovers with Law & Order, where Munch got to log his first non-'icide credit. At one point, Munch also did a stint on short-lived Law & Order: Trial by Jury. Eventually, of course, Munch would move to New York and work with SVU full time.

Munch also did an episode each of The X-Files and The Beat, Fontana’s doomed Homicide follow-up. He’d go comedy, too, popping up on Arrested Development and 30 Rock.

And, in The Wire's fifth season, he went full circle, popping up in Baltimore to talk about a certain bar he once owned.

Now, he’s out of here. Good-bye, bro. I think weepy Mariska Hargitay speaks for us all when she says, “I will miss you, John Munch.”