Home Invasions, Mysterious Lotharios, and the Dark Side of Theater: Which TV Procedurals Are Worth Your Time This Week? 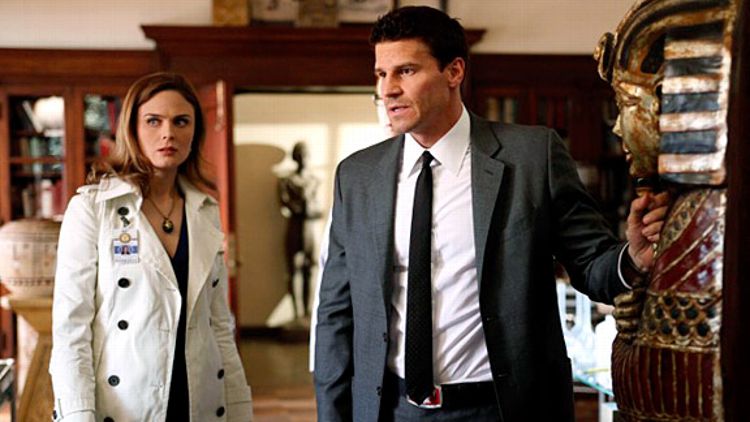 NCIS (CBS), “A Desperate Man” (Tuesdays at 8 p.m.)
“When a Navy lieutenant commander is found dead in a building under construction, NCIS must search for a killer while dealing with interruptions from her distraught detective husband. Meanwhile, Ray’s return has Ziva thinking about her future.”

Body of Proof (ABC), “Shades of Blue” (Tuesdays at 10 p.m.)
“When an undercover cop is found executed at a truck stop, the search for the killer hits close to home.”

The Mentalist (CBS), “Always Bet on Red” (Thursday at 10 p.m.)
“Jane and the CBI must narrow down the long list of suspects after a high-end divorce attorney with many enemies is killed on his speed boat. Meanwhile, Jane is questioned about whether Red John was responsible for Panzer’s murder.”

CSI: NY (CBS), “Who’s There?” (Friday at 9 p.m.)
“A home invasion investigation becomes more complicated when the victim’s family turns out to be less perfect than they originally seem.”

A bold choice of subject material: Procedurals can usually make all that blood and guts feel sterile, but the concept of a home invasion is never not terrifying. In order to psych yourself up for Friday night, spend some time shrieking in abject terror along with Elizabeth Olsen and the Silent House trailer.

NCIS: LA (CBS), “Exit Strategy” (Tuesdays at 9 p.m.)
“Sam must confront his emotional connection to the Sudan case when Jada’s transport car is attacked. NCIS must track down the culprit to save her and their case.”

Castle (ABC), “Till Death Do Us Part” (Mondays at 10 p.m.)
“When a lothario is killed, Castle and Beckett suspect that the victim’s mysterious double life holds the key to his murder. Their investigation leads to a shocking twist that threatens to disrupt Ryan’s wedding with Jenny.”

Bones (Fox), “The Crack in the Code” (Thursday at 8 p.m.)
“A cryptic message penned in human blood is discovered at a national monument. As the Jeffersonian team embarks on a scavenger hunt to solve the case, they realize their tech-savvy suspect remains one step ahead of them.”

Law & Order: SVU (NBC), “Theatre Tricks” (Wednesday at 10 p.m.)
“An actress in an interactive theater production is raped on stage, while the audience believes it to be part of the show. The SVU detectives hit a dead end in their investigation when they learn the show’s passionate director (guest star Fisher Stevens) gave the audience, including the assailant, masks to wear during the performance. Detectives Rollins and Tutuola track down an obsessed fan of the young actress who recorded the assault while stalking her, which leads Detectives Benson and Amaro to a respected judge (guest star Kevin Pollak.) With the judge’s reputation on the line, the SVU squad explores the underbelly of the New York theater world to uncover who really orchestrated the public attack.”

I mean … what? What?! Raped on stage? The underbelly of the New York theater world?!! They’ve done it so many times it really shouldn’t come as a surprise at this point, but let’s take a minute to appreciate it: Once again, SVU takes the inherent ridiculousness of the form and elevates to surreal new highs. Why are other procedurals even trying at this point?