Good News: Gravity Will Be Just As Life-Changingly Perfect As You Need It to Be 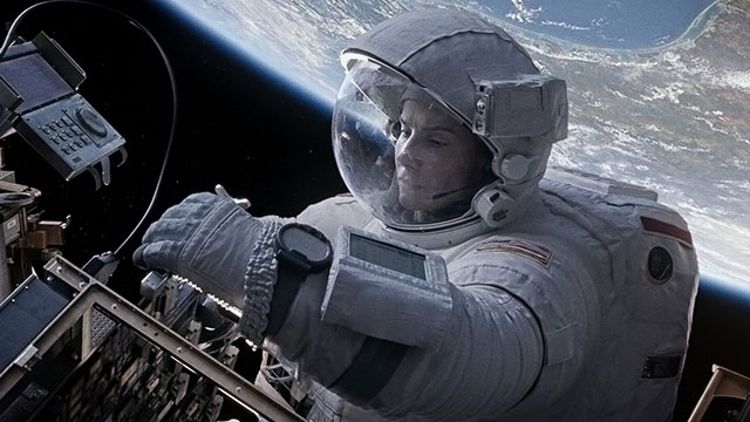 It’s been a tough year for sci-fi movie fans. Oblivion was little more than a really (really) gorgeous photo shoot from Dwell 2077, Elysium was fatally irradiated by its own social commentary, and Pacific Rim was fun, but your 7-year-old cousin probably appreciated it on a deeper level than you could. Which is why Alfonso Cuaron’s long-awaited Gravity probably has an unfair amount of pressure on it. What are the odds it could meet the demands of a rabid, notoriously cranky genre fan base? Oh, did you not read the part about how confirmed genius Alfonso Cuaron made this movie?

Here are some other confirmed facts and strong, fact-like opinions from those lucky enough to lay eyes on it first, so you can whip yourself into a sufficiently rabid frenzy before the film’s October 4 premiere:

It isn’t three hours long, for those of you who might have a thing that day.

Good news for the busy cinephile; Gravity is a “taut, transporting 91 minutes” according to Variety‘s Justin Chang.

It opens with 13-minute tracking shot.

Or 15, depending on who you ask. (Yes, Cuaron’s longtime cinematographer, Emanuel Lubezki, is back behind the camera on this one.)

It will probably win every technical award at the Oscars.

If you see this movie on the big screen, you will feel like you are in space. If you see it in 3-D (which by all reports is superbly done for this film) you will feel like you can walk into space. “The film’s technically perfect, of course, from the terrific sound design to the impeccable effects,” says The Playlist’s Oliver Lyttleton, adding “the exact extent of the CGI is difficult to say, because pretty much everything looks photo-realistic, even when things head indoors.”

It will make you go to a dark place!!!

The thing about feeling like you are actually in space? It is a strange and hopeless place to be emotionally! In one of several references to inarguably classic space movies, The Guardian’s Xan Brooks says that “Like Tarkovsky’s Solaris (later remade by Clooney and director Steven Soderbergh), the film thrums with an ongoing existential dread.” Yessss!!! Now THAT’S what I like to hear!

It is probably not a sci-fi film.

The Hollywood Reporter’s Todd McCarthy confirms what we could probably infer from the trailers, that there are “no aliens, space ship battles or dystopian societies, just the intimate spectacle of a man and a woman trying to cope in the most hostile possible environment.” It also appears to be taking place on a present-day American space shuttle. (Which, if we’re going to be nitpicky, means that it can’t have taken place any later than 2011. Yes, time is moving fast enough now that the visual cues for “sci-fi” and “recent historical drama” could be mistaken for each other. Cool.) What’s more, it’s not particularly interested in ideas of advancement, exploration, or innovation, as Guy Lodge at HitFix sees it: Gravity “goes to great, grueling and frequently gasp-inducing pains to illustrate that life in space is impossible.”

Still though, multiple reviewers report that the opening line, uttered jokingly by George Clooney, is “Houston, I have a bad feeling about this.” So it appears Cuaron knows who his audience is.