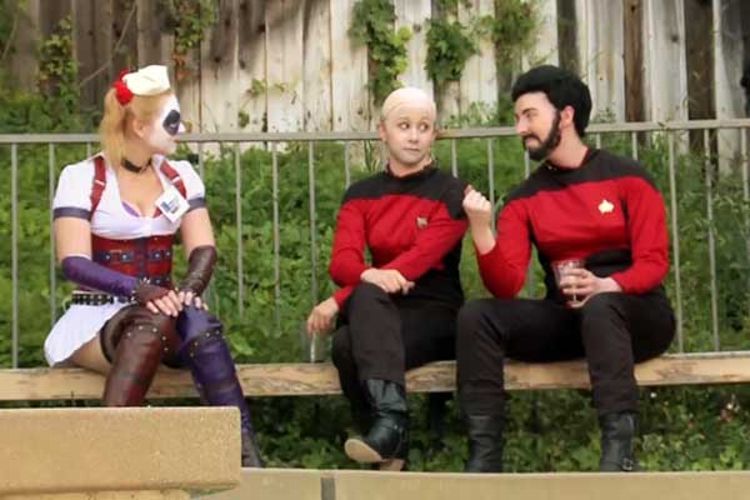 Fox’s Comedy Tuesdays are back this week with some new, bro-ier blood, but we decide to take stock of its rhymes-with-Asmorkable flagship show, New Girl, as it enters its third season. This leads us to a discussion of the Friends sitcom model, the appeal of Zooey Deschanel, and whether or not babies are the death of comedy. We then turn to Britney Spears, her new Euro-clubby single “Werk Bitch,” and her disastrous Good Morning America appearance. Nobody puts Britney on a helicopter! We take a moment to roll our eyes at Cher body-slamming Miley Cyrus, then finally turn our attention to Heroes of Cosplay, Syfy’s reality show about people who dress up as fictional characters for fame and glory. We’ll admit, this was mostly an excuse to talk about how awesome we think cosplay is, but we’ve never passed out at an anime convention because of a overzealously adjusted steampunk corset, so maybe we have it easy.