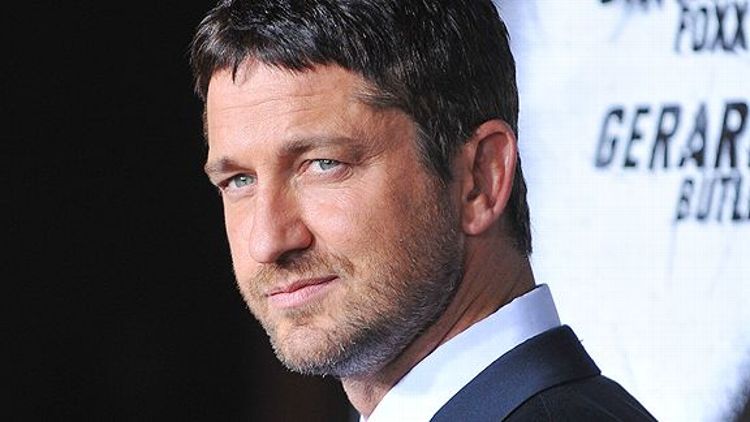 Gerard Butler is in talks to star in Hunter Killer as Captain Joe Glass, the untested commander of the submarine USS Toledo, who is working alongside a Navy SEAL team to rescue Russia’s president from a military coup (Sam Worthington is being targeted to lead the SEAL squad). By the way, this is the movie director Antoine Fuqua left the Tupac biopic for. Ah, Antoine Fuqua, come on, man: Gerard Butler can’t rap! Grade: C+ [Showblitz]

Limp Bizkit front man Fred Durst has landed a show at CBS. That he’ll star in. Really! It’s a sitcom about a rock legend looking for balance between his high-profile lifestyle and his family. There’s no title yet, but Deadline says it’s being referred to as Douchebag, which just seems like a cruel joke. The man wrote Chocolate Starfish and the Hot Dog Flavored Water, people! Grade: D [Deadline]

AMC is teaming up with the Scott Bros. (that’d be Tony and Ridley), who’ll produce a diamond-trading drama for the prestige network. And that’s not all: The guys who cut Don Draper’s checks have also picked up Low Winter Sun, an adaptation of a 2006 British miniseries about crooked cops and revenge, and Sacred Games, an adaptation of Vikram Chandra‘s novel about India’s shady politics and black-market industry. Also, in order to ensure their warm reception with the critic community, all three new shows will star Bryan Cranston. Grade: B [HR]

Stephen Bochco and David Milch are reuniting for the first time since they co-created NYPD Blue. The two are working on on a legal drama for NBC revolving around a high-powered law firm run by a charismatic “rainmaker” lawyer with a dark secret. Dennis Franz’s ass, call your agent! Grade: B+ [Deadline]

HBO has picked up The Kids Are All Right, Lisa Cholodenko’s Oscar-nominated family dramedy, as an hour-long series. Cholodenko will executive-produce and script the pilot for the show, which will pick up where the movie left off. This is great news, as we are surely not the only ones who have been dying to know more about Josh Hutcherson’s character’s soccer team. Grade: B [Deadline]

Oscaar Isaac has landed the lead role in the next Coen brothers movie. It’s called Inside Llewyn Davis, and it’s set in the early sixties Greenwich Village folk-music scene. Isaac played Carey Mulligan’s ex-con husband in Drive, and was excellently creepy. It’s understandable if you saw the movie and are having a hard time placing him, though, as he did not, like some other cast members, get to boot-stomp a guy’s face in. Grade: A- [Deadline]

Dave Franco has joined the cast of the maybe-just-crazy-enough-to-work bank heist movie Now You See Me, as one of the Four Horsemen, a crew of famous illusionists who go around robbing banks during their performances. And in the time it took you to do that, Dave, your brother James has announced plans to start a literary magazine, open a high-end coffee shop/arts space, and enroll in advanced study of early jai alai theory. Grade: B+ [Deadline]