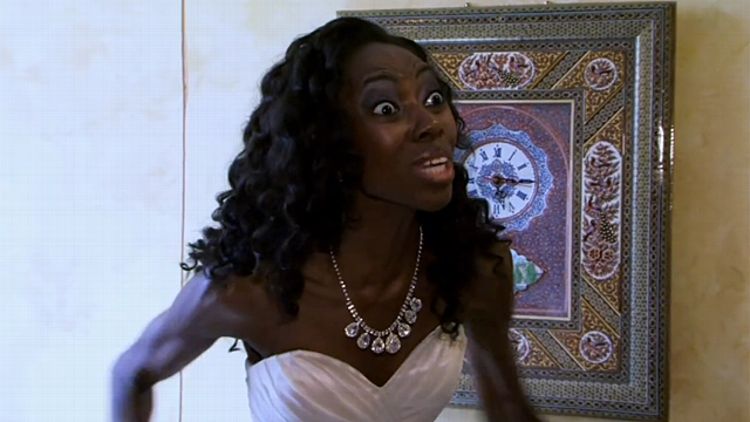 Who Is This Now? Colten.

Why Are We Watching Him? He’s trying to reconnect with his father, Jeff, on Jeff’s enormous ranch.

How Did He Get Here? Colten and Jeff fell out over Jeff’s intense interest in apocalypse prepping (Jeff is pretty sure society is going to collapse along with the U.S. economy), but now that Jeff wants to leave The Colony to Colten after Jeff has gone, Colten’s giving prepping another shot.

What’s the Grossest Thing We See? The wild boar getting its entrails and coat removed is pretty nasty, but even worse is the test of the gallows. See, once The Colony is up and running after the apocalypse, Jeff’s prepping buddy Bill feels the right way to punish rule breakers will be to hang them publicly on a gallows. When John, another survivalist, suggests that exile would be fine for transgressors, Bill calls him a “tree-hugging liberal.”

What Have We Learned? There are probably worse things than riding out the apocalypse with Jeff and Bill. In central Florida.

Why Are We Watching Him? He’s the head of a Christian congregation who’s so flamboyant someone thought he’d make a good subject for a reality show.

How Did He Get Here? His father was a pastor, and Clarence began preaching when he was 15.

What’s the Grossest Thing We See? McClendon’s house is absolutely gigantic, and a montage showing off his wealth includes a shot of his Bentley. And when another area pastor, Deitrick Haddon, challenges him about the “honoraria” he charges to visit other congregations, McClendon gets defensive about it, eventually storming out of the building.

What Have We Learned? Maybe Jesus should have thought of himself not as a fisher of men but, like McClendon, as “a CEO.”

Who Is This Now? Willaura.

Why Are We Watching Her? She’s squeezing hideous behavior into her last few hours as a single woman.

How Did She Get Here? Lax parents turned her into a monster, probably.

What’s the Grossest Thing We See? In an unexpected twist, everything Willaura does is gross! She interrupts everyone’s good time during her bachelorette party at a club by getting on the microphone to announce that she wants a public apology from her sister for being a bad maid of honor. She shows up to her own wedding close to three hours late, while her guests squirm in their seats, and then has the balls to complain that the DJ is screwing up the video she’s made when he only got it moments before and thus didn’t have a chance to preview it before playing it. And when her wedding planner tries to expedite dinner (remember: almost three hours late) by throwing out Willaura’s seating chart and letting the few chumps who didn’t leave in disgust sit wherever they want, Willaura throws a tantrum over not getting the celebrity wedding she wanted, and DITCHES HER OWN RECEPTION.

What Have We Learned? Willaura’s new husband, Marques, needs all of us to pray for him.

Filed Under: The Lunatic Channels

See all The Lunatic Channels

January Jones Is Right at Home in the Existential Western Sweetwater