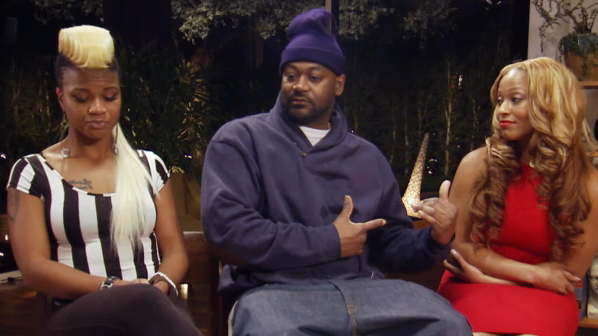 Why Are We Watching Him? He’s taken on the challenging task of cleaning up his hoarded house and property so that their new owner can take over.

How Did He Get Here? His wife left him and their two children and moved out of state many years ago, and though it’s not clear that’s what started him hoarding, at least there was no other adult in the house to put a check on it.

What’s the Grossest Thing We See? When cleanup starts and Jeff is abusive to the professional organizer who’s part of the team helping him, Jeff’s daughter Jen tearfully appeals to him to part with more of his stuff because it won’t fit at the new house. Jeff’s estranged wife Sandy supports Jen, encouraging Jeff to think of his children, and Jeff snaps at her to take Jen with her, then. We also see a prospective tenant find a 2002-vintage breakfast biscuit in Jeff’s bedroom.

What Have We Learned? Sandy probably should have taken the kids with her in the first place.

Why Are We Watching Him? He’s brought two of the women he’s been sleeping with together to meet.

How Did He Get Here? One of said girlfriends, Kelsey, somehow convinced Ghost to come with her to live-in couples’ therapy, and he waited until they got there to tell her that he’d been “seeing” Latrice for two years, a year and a half longer than he’s been with Kelsey.

What’s the Grossest Thing We See? Before Latrice arrives, Dr. Jenn Berman urges Ghost not to treat this session like his own private version of The Bachelor (I’m paraphrasing), with the two prospective mates facing off to prove to him she’s the other one’s superior. And yet, that’s exactly what happens in the session, as Ghost starts enumerating Latrice’s pros, including that she’s good at sex and good at cooking. Kelsey starts getting upset, as one might expect, and Ghost thinks it’s a good defense for him to say that he didn’t tell her about Latrice because that would have stopped Kelsey from getting involved with him, like … yeah? He also claims that 90 percent of men cheat on their significant others.

What Have We Learned? Ghostface Killah moonlights as a sociologist?

Who Is This Now? Alan.

Why Are We Watching Him? He’s picking up his aspiring model fiancée, Kirlyam, as she winds up her first test photo shoot.

How Did He Get Here? Alan met Kirlyam on a mission trip to her native Brazil, and has brought her to his hometown of Los Angeles on a K-1 fiancé visa to see if they’re suited to marry each other.

What’s the Grossest Thing We See? Alan gets concerned about the situation when he calls Kirlyam’s cell phone during the shoot and she doesn’t pick up because she’s … shooting. As they’re walking out to the car afterward, he tries to communicate his jealousy to her, but the language barrier keeps her from picking up on his cues. “You look too pretty when you model,” he tells her. “Thank you!” she replies. “I don’t like it,” he adds, and finally just comes out with it: “You won’t leave me?”

What Have We Learned? Kirlyam should become a model and leave Alan’s jealous ass.

The Brief and Wondrous Life of 'Flappy Bird'