The Brief and Wondrous Life of ‘Flappy Bird’ 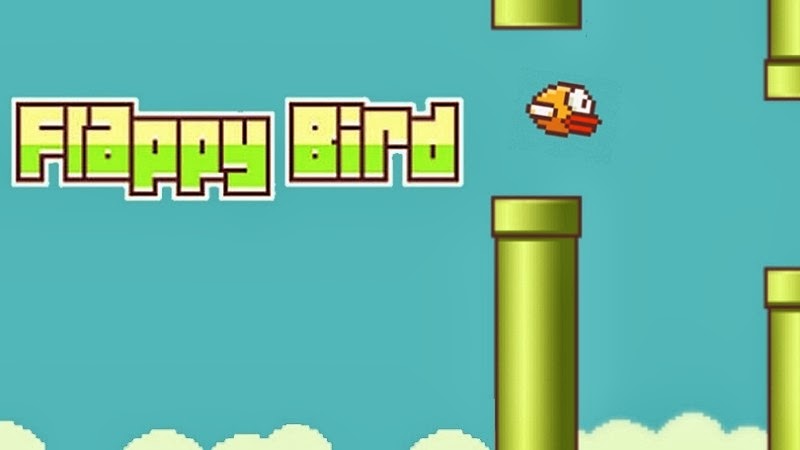 For birds, this week has been the best of times and the worst of times. A New York sting operation named after the Angry Birds app saved 3,000 roosters in a cockfighting bust, but another flock was taken down when the maddeningly addictive game Flappy Bird was removed from the digital marketplace. Maybe Flappy was the Icarus to its developer’s Daedalus (another master of the too-difficult game). All of those pixelated ambitions — poof, singe, plop. Game over.

Flappy Bird was both restrictively challenging and laughably simple: Direct your bird, which resembles a fish wearing earmuffs, through a set of pipes by tapping on the screen to make it flap its wings. Its aesthetic was reminiscent of early Nintendo, which was either charming or unoriginal, depending on whom you asked. Buzzfeed praised it for being “hideous and pixelated but nostalgic and beautiful,” whereas Kotaku called it out for ripping off the style of Super Mario’s pipes and creatures.

Before it fell to earth, Flappy was reportedly making $50,000 a day in ad revenue for its creator, Dong Nguyen, whose Vietnam-based dotGears game development company offers similar “retro pixelated games” that are “pure, extremely hard and incredibly fun to play.” Extremely hard is an important point, and may have been what fueled Flappy to the top of the charts: Instead of allowing you to ease into a flow state, it immediately stumped you and forced you to go online to vent about your frustration with it, placing it on the radar of anyone in your social feed.

Three days ago, Nguyen tweeted that Flappy Bird would be removed from app stores because he couldn’t “take this anymore.” What could that have possibly meant? We certainly can’t blame Kotaku’s suggestion that it was unoriginal, since Nguyen responded to the website directly to say that no legal issues or criticism was to blame; instead, its disappearance was “due to some of the reaction the game has received,” which is even harder to figure out than how to get that damn bird to clear pipes mid-flight.

It is not anything related to legal issues. I just cannot keep it anymore.

You can still play Flappy Bird if you downloaded the app before it was yanked, but adrenaline-junkie procrastinators now find themselves in a bit of a pickle. An iPhone 5S preloaded with the game amassed $99,900 in eBay bids before the auction site removed it, and another Flappy-equipped phone had reached $98,100 before it was pulled from the site (according to the would-be sellers, eBay was shifty in providing a reason for the removal, though an email sent to one of the sellers from eBay stated that smartphones and tablets must be wiped before being offered for sale). Those are pretty crazy prices — maybe even fucking insane — and it’s exactly that kind of gamer fever that might have contributed to the app’s demise. Nguyen’s tweets leading up to the game’s death hinted at the fact that Flappy’s success was responsible for some unwelcome personal side effects (and unfortunately, by removing it so mysteriously, Nguyen has only fanned that fire).

Being accused of plagiarism isn’t fun, even when those claims are unfounded or nonthreatening to the creators of the inspirational material (Nintendo’s feathers were unruffled by Flappy), and our relationship to the spotlight is now more fraught than ever. It is crushingly easy to spoil the enjoyment of success and attention by seeking out only negative comments about you or whatever you created, and for Nguyen, he was facing not only the rip-off charge but the suspicion that he was using bots to force Flappy Bird up the app charts (Nguyen has denied this). When something goes viral, it becomes its own entity and gains its own momentum; perhaps Flappy Bird’s popularity was self-generating, or maybe Nguyen helped it along a bit and then thought better of it, and is now feeling the anxiety of having issued a denial. That any admission of having too closely re-created the graphics of Super Mario World or having fed review tanks with robot krill wouldn’t have destroyed Flappy Bird or its revenue may be beside the point for Nguyen. Grand-scale attention comes at a steep price, and not everyone is willing to play for those stakes. After all, it was just a game.