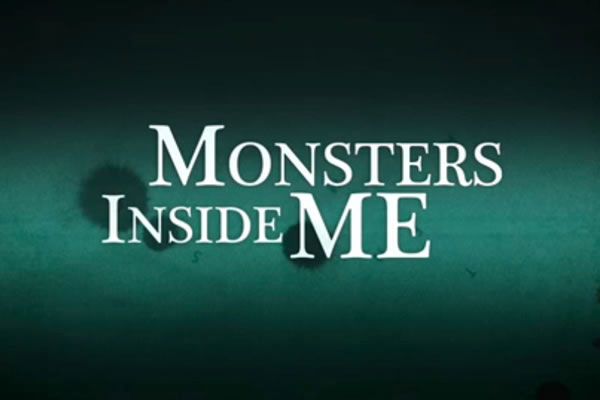 Who Is This Now? Kiera.

Why Are We Watching Her? She’s telling the story of the time she was spectacularly misdiagnosed with a rare ailment.

How Did She Get Here? What first presented itself as a debilitatingly terrible headache was initially diagnosed as flu. Then she started having seizures and hallucinating (seeing a photo of her husband talking to her; imagining that she gave birth to a child). A doctor decides that Kiera must be — suddenly — schizophrenic. So her mother, Chellie, removes her to another hospital for a second opinion.

What’s the Grossest Thing We See? Look, we’ve all heard of teratomas, right? The tumors you can develop that, because they’re made up of cells from other organs, can grow hair and teeth? Well, as if THAT knowledge wasn’t upsetting enough, did you know that teratomas can also grow eyes??????? Anyway, that’s what’s actually up with Kiera: She has a teratoma on her ovaries. Because this one is made up of brain cells, its development has “triggered an autoimmune response” causing Kiera’s body to attack not just the brain cells in the teratoma but her actual brain as well — hence the hallucinations.

What Have We Learned? IF YOU DEVELOP A TERATOMA IT MIGHT HAVE EYES. OH MY GOD.

Who Is This Now? Victoria.

Why Are We Watching Her? Her boyfriend Steve is moving into her house, necessitating some adjustments to her lifestyle, and to his.

How Did She Get Here? Victoria is extremely cheap. According to Steve, she is a millionaire, and apparently she got there by economizing in ways most normal people wouldn’t.

What’s the Grossest Thing We See? Victoria saves money on her water bill by flushing her toilet only when she moves her bowels; she urinates into an old lemonade bottle and empties it into her compost pile outside. And she doesn’t empty it often — we see her sniff it and remark, “Quite pungent. The longer it sits, the stronger [the smell] gets.” When Steve moves in, she asks him to follow her pee lead, and, to make her point, brings out the bottle and sets it on the kitchen table between them. Where they eat.

What Have We Learned? Given that Victoria forages or Dumpster-dives most of what she eats, we’ve learned that if you are invited to dine at a cheapskate’s house, suggest meeting at a restaurant instead and plan to pay, unless you share Victoria’s son Steve’s attitude: “My mother’s really passionate about what she does, and so what if I get a little diarrhea?”

Who Is This Now? Courtney.
Why Are We Watching Her? She’s participating in an inpatient couples’ therapy program, to work on her marriage to her much older husband, Doug.
How Did She Get Here? The multi-decade age gap between Courtney and Doug has proven to be a challenge to their relationship. Go figure.
What’s the Grossest Thing We See? Given that Courtney’s flamboyant wardrobe is distracting the other patients at the residence, psychologist Jenn Berman informs Courtney that, for the sake of everyone’s work in the program, she’s going to institute a dress code: “no bare midriff, no boobs coming out … crotch appropriately covered.” However, Courtney believes herself to be “an advocate for having the right to be who you want to be” and says — twice in the episode — “I have saved many lives.” Courtney Stodden believes she has saved many lives by dressing like an actual prostitute.
What Have We Learned? Lucite platform heels are more powerful than we thought.

Who Is This Now? Amy.

Why Are We Watching Her? She’s trying to work up the courage to tell her family that she’s pregnant.

How Did She Get Here? Amy, who is 40, already has eight children, ranging in age from 2 to early 20s; her eldest daughter, Heather, is currently pregnant herself. Due to financial hardship, Amy is currently able to support only her youngest child; the teenagers “live on their own,” and the ones in the middle live with their fathers. So Amy is nervous about announcing a new pregnancy (which occurred, she says, in a period when she couldn’t afford contraception) to her children because she feels like she hasn’t been a great mother to them.

What’s the Grossest Thing We See? Well … her kids basically confirm all her fears. “I feel like my mom has been an all right mom,” says Heather — and that’s before she knows Amy is expecting again. When Amy does finally tell her daughter her news, Heather spits, “You need to get fixed.” But Amy doesn’t really do anything to redeem her bad reputation: When she and Heather discuss telling Amy’s older children about the pregnancy, Amy tries to get Heather to agree to break the news for her (which Heather eventually does, because Amy loses her nerve when the time comes). “Everybody’s going to say you’re dumb,” says Heather matter-of-factly. The time for tact has passed, I guess.

What Have We Learned? We, I hope, have learned that people who already aren’t taking care of 7/8 of their children should prioritize contraception in their budgeting rather than stretch their limited resources even further. Amy, on the other hand, has learned nothing. “Hiding my pregnancy was the best thing for me,” she says. “I don’t like conflict.”

Who Is This Now? Christopher.

Why Are We Watching Him? He’s walking us through his plans to survive a cataclysmic event.

How Did He Get Here? He lives in Los Angeles and is preparing for a 8.0 (or higher) magnitude earthquake that would disrupt the city.

What’s the Grossest Thing We See? In the middle of showing us his quite sensible preparatory activities — foraging plants for food and first aid, for example — Christopher says that he would consider drinking water from the L.A. River. I feel like that would defeat the purpose of Christopher’s trying to survive a catastrophe since ingesting water from the L.A. River would probably kill him almost instantly, but what do I know?

What Have We Learned? Maybe people just shouldn’t live in Los Angeles.

Who Is This Now? Michael.

Why Are We Watching Him? He has to clean up his house or risk being left homeless.

How Did He Get Here? The way he describes it is that he likes to collect “pretty things,” all of which he thinks have monetary value. But he’s hoarded his (rented) house so badly that there’s severe structural damage to it, such that Ken, Michael’s landlord, isn’t even sure that it’ll be salvageable once it’s cleaned out.

What’s the Grossest Thing We See? Michael’s ex-girlfriend Theresa notes that because Michael can’t afford water or power in the house, when they were dating Michael’s hygiene was “rough”; she says he would go weeks without bathing or changing clothes, and when we see him now it certainly doesn’t appear that he’s gotten more conscientious about his personal cleanliness. But more alarmingly, we learn some backstory on Michael’s late father, who was an officer in the SS. Says Michael: “He wanted me to be a leader in the Germanic cause — a leader in the Fourth Reich.” He also cooked Michael’s childhood pet rabbit, fed it to Michael, and told him what he’d done only at the end of the meal. Michael’s dad might have screwed Michael up a little.

What Have We Learned? If you are a landlord seeking a tenant, try to find out if applicants who want to live in your property were raised by actual Nazis.

Tara Ariano enforces a strict dress code at her house, too.