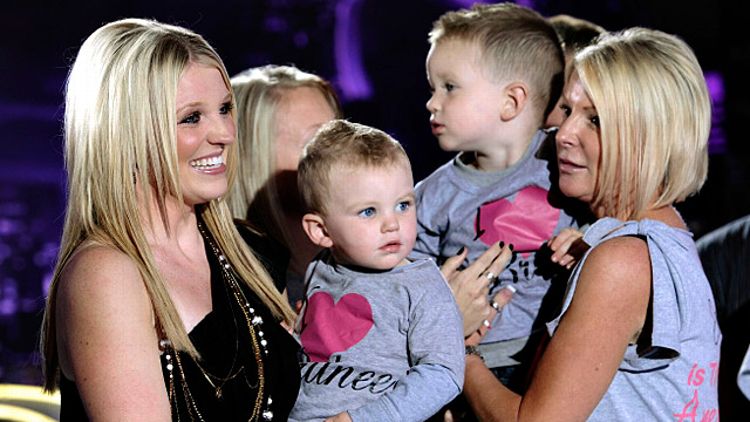 All season, Grantland Idol experts Mark Lisanti and Jay Caspian Kang will answer five very important questions about each performance episode. This week, Kang is on assignment at the Super Bowl, so Lisanti will be joined by Fake Jay Kang, his best guess as to how the otherwise-occupied Diva Master would answer each question. This will likely be a disaster.

Let us begin in the manner dictated by our forefathers: Who was your favorite contestant?

Lisanti: This is going to be difficult. I’ve gotten gun-shy when forced to go first here, flinching in anticipation of the fusillade of abuse inevitably coming my way when I make the “wrong” pick. If I go with the obvious, but conflicted, “hot-girl choice” of Britnee Kellogg, the big-voiced Spears-alike with two adorable kids by a basketball player who peaced out on the family and her dreams of stardom, I will be savaged. So she’s a pass. If I choose Tyler-panderer Naomi Gillies for her cynically commendable willingness to play to the leathery, leering end of the judges’ table by exploring the cheesiest end of the Aerosmith catalogue, pain awaits. So it looks like I’m backing into a Brittany Zika selection. Yes, her adorbs hipster act was unbearable, but the judges seemed to scare that out of her by demanding the removal of her nerd props, and she had a nice, interesting voice. Please don’t hit me again.

Fake Jay Kang: Let’s get this out of the way: I’m not real. I can’t hurt you. In truth, like the real Jay Kang, I could give a shit about who you pick; the abuse is sport, nothing more. But it’s really interesting to watch your self-inflicted pre-suffering in the absence of a flesh-and-blood tormentor. Your therapist is probably going to have a fun week.

The correct answer is Britnee Kellogg. (You thought I was going to go with Jessica Phillips, didn’t you?) Yes, she looks too much like Britney Spears (being a Hotter Britney isn’t going to hurt her), the spelling of her first name is unfortunate, and the cloying business with her seemingly fatherless twins was manipulative and obvious. But she has that brittle-but-powerful Underwoodian country register, she is built to go far in this competition, and she delivered the most Emotional Peaks Per Second (EMPPS) in her performance. She destroyed. I’m having a great time at the Super Bowl, btw. Tom Brady says hi, but I refuse to deliver his fist-pound. I’m hoarding that. Gisele’s into me.

Who was your least favorite performer of those handed the golden ticket to Hollywood?

Fake Jay Kang: Brittany Zika. Were you kidding me with this choice? The hat, the glasses, the carrying on? Nothing you say will ever be taken seriously again. Who picks Sara Bareilles as a hero? Anyone with that limited an imagination and ambition is wasting everyone’s time. Also, Portland’s so jammed with hipsters they’re leaking out onto basic cable, and this is the best representative they could come up with? Throw a Voodoo Doughnut in any random direction and you’re going to hit a pink-haired Julliard dropout waif with 10 nose-rings who can secretly kill any Aretha song. Where were those people? You disgust me.

Lisanti: I change my mind. Brittany Zika was awful. She said her friends call her “Tripster the Hipster” or something. Her friends obviously hate her. I don’t know what I think any more. I’m switching my above answer to Britnee Kellogg. GET OUT OF MY MIND!

If the judges are already this bored, what hope is there for us? Is this show even worth watching?

Lisanti: It’s not appropriate to have a “State of Idol” referendum in the absence of Real Jay Kang, but the Idol team isn’t even trying to hide the cracks in their facades. If Ryan Seacrest, who could make folding socks outside of the audition room seem like the best time of his life (and then parlay that into 10 laundry jobs on the way to dominating the fluff-and-fold industry), feels the need to liven things up by playing Master of Disguise with a potted tree behind the judges’ table, things are getting dire. The audition weeks are always a thankless, punishing death-slog through a waist-deep swamp of the talentless, but this season is really, really dragging. Get us to fucking Hollywood. Now.

Fake Jay Kang: That’s two questions, you idiot. I’m skipping straight to the fifth one after this. But to answer, the show has been awful. There’s some talent at the top, but in the end we’re going to be left with the usual Cute Boy Every Tween Wants to Chastely Marry (CBETWTCM) and the Non-Threatening Semi-Talented Girl Who Should Have Never Even Made The top 12 (NTSTGWSHNEMTT12). I’m so glad I’m missing this last week. Choke on it, fool.

What’s a polite way to tell Jennifer Lopez to shut up when you’re singing (see Britnee Kellogg’s audition above)? This is the biggest moment of your life to this point; you don’t need her “helping” you with her not-even-passable voice.

Fake Jay Kang: Didn’t I already tell you we’re skipping to Question Five because you doubled up on the last one? I wasn’t playing around. Next.

Describe the unsettling physiognomy of this guy:

Lisanti: He looks like what would happen if Zachery Ty Bryan, drunk with success, had accepted a deal with the devil during the fifth season of Home Improvement to never grow old, but somehow botched the wording so that only his head wouldn’t age, and Satan fucked him over on the technicality. Satan’s always pulling that kind of trick.

Fake Jay Kang: Remember the Simpsons all-star softball team episode (“Homer at the Bat”), when Ken Griffey Jr. gets hooked on brain tonic? Yeah, like that, if KGJ were a white kid who can’t sing. Gotta go, Gisele’s hungry. You know how she gets. (You don’t, and she wouldn’t even talk to you.)