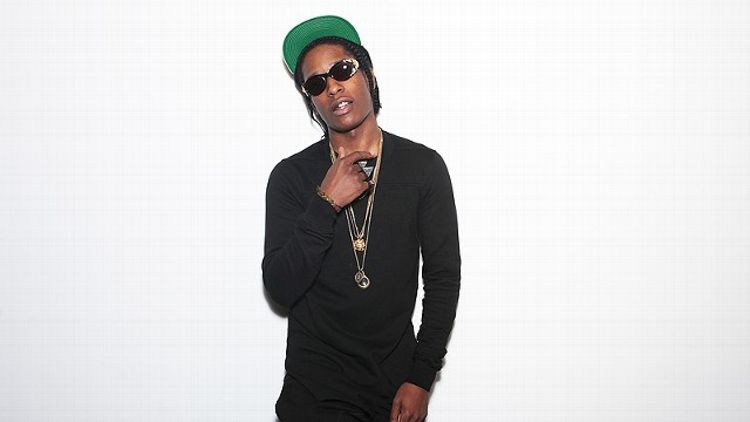 A$AP Rocky is a 23-year-old Harlem MC currently enjoying the part of the rapper trajectory where a bunch of hip-hop writers are all like, “Ohhh this dude might be super famous pretty soon.” It’s all happened pretty quickly. When the New York Times profiled him in early October, he was steadily accumulating goodwill for his severely awesome singles “Peso” and “Purple Swag,” but still unsigned and largely unknown outside of the parts of the Internet where people get really into knowing about, you know, “hip” rap stuff. By the end of the month he had dropped his mixtape, LIVELOVEA$AP, and speculation about his potential gave way to concrete proof. Seriously: that thing is so, so good. Rapping often over the wonderfully spacy production of Clams Casino, A$AP more or less just sounds like he’s having the best time ever. If there was a better bit of understated braggadocio than “Tryin’ to cop that Benz wagon / my bitch drive it /my friends crash it” in 2011, well, I did not hear it.

Like Odd Future, his predecessor in the hip-hop buzz storm cycle, Rocky’s got a crew behind him, a bunch of young kids he grew up with in Harlem. It’s rappers and producers and miscellaneous other professionals, and everyone gets an A$AP in their name. (The dude who made the beat for “Peso” is called A$AP Ty Beats, which, yeah, is little clunky.) The all-star is A$AP Yams, the Diddy to Rocky’s Biggie. Complex just did a piece on all those dudes, and Yams shines like the bright beacon of hope that he is. Sample: “I was with the strippers, whispering in their ears that I was French Montana’s little brother and shit. Then one of the strippers blessed me with the lip-service to ‘Pe$o.’” (Bonus Yams! “not gonna stop till da mob hopping off da plane with hoes crying on us holding signs like backstreet boys i want it dat way video.”) Anyway, Rocky and his pals now have a $3 million record contract with Polo Grounds/RCA, and are working their way to fame and fortune, etc.

Last night Rocky played New York’s Irving Plaza, his first big New York show since all the adulation really coalesced. Putting on a crap show in front of all those writers who’ve been building him up for months wouldn’t have been a good look, of course, but his hype is too runaway to be slowed by that. On the other hand: Putting on an awesome one could only have burnished the burgeoning legend of A$AP Rocky. Good news! It was awesome.

He didn’t need help to get the building all riled up, but he got it anyway. Note to every rapper ever: Getting Waka Flocka Flame to pop up unannounced at your shows is always a good idea. (This also applies to bar mitzvah planning.) Bun B, implicitly cosigning Rocky’s Houston hip-hop obsession, had already appeared earlier in the set, and his presence received the appropriate reaction for his industry dignitary status. But Waka’s a whole different situation; his music almost only makes sense played as loudly as possible in a packed room of sweaty people geeking out.

Even better, though, was when A$AP brought out fellow up-and-comer Schoolboy Q to do their track “Hands on the Wheel.” People flipped, understandably, and seeing new promising young rappers get that kind of reaction is always a good time. “Brand New Guys” slayed, as well.

Alone, Rocky held it down, too. The best parts were when he set his mic on the stand and briefly held on to it on some Scott Stapp shit and when he climbed up on the raised platform to the side of the stage and leered down at everyone. He also had his shirt unbuttoned, which was pretty swag. For the set-closing “Peso,” the whole A$AP Mob came out and joined in the celebratory feel, and rightfully so. Rocky: “Ya’ll triller than a motherfucker out here tonight.”

Let’s got out with Yams, one more time: “i lowkey slid off backstage n started crying shit was real 2nite bru.”