Songs of the Week: Kanye’s Flamethrower, Plus Nine Other Somewhat Less-Combustible Tracks 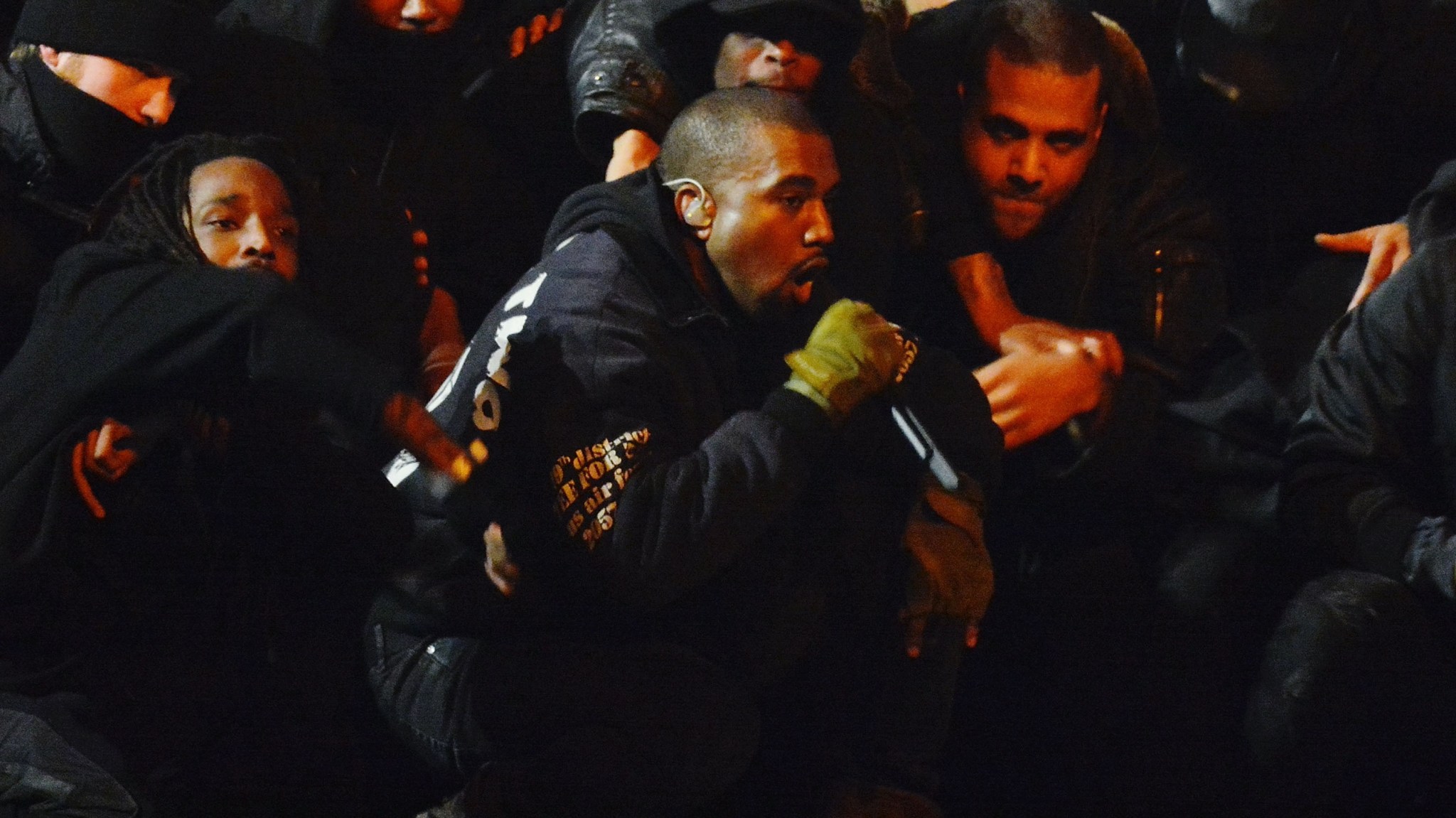 A few weeks back, we threw the rough leaked version of “All Day” up on SotW, assuming that there would be no studio version nor explanation coming. Then, at this week’s Brit Awards, Kanye took a veritable flamethrower to all of that. As in: He actually rapped “All Day” next to some flamethrowers, in the process making it clear that, in its completed glory, the track immediately becomes Yeezy Season’s official knock-all-the-fine-china-off-the-table-with-a-cane-that’s-also-a-switchblade anthem. Also in the building at the Brits: about a thousand of his closest friends, primed and ready for the apocalypse; the new moves Taylor Swift learned in hip-hop Zumba this week; and the ineffable goodness of God as experienced in the blank visage of one Lionel Richie. Two spare thoughts: The format of the track sort of vaguely recalls the outro on Ghostface’s classic “One” (“How many L’s we smoke — one! … At a time!”). Also: ’Ye actually brags about spending an extended period of time at the mall? Is Jason Lee somewhere weeping with joy right now?!

Tobias Jesso Jr. is a troubadour ascending, and his excellent piano sad-sackery is much needed in our lives; also, a playlist constructed entirely from music produced by the names on the list of his alleged relationships wouldn’t be half-bad. All that said: We’re just posting his recent BBC session as an excuse to hear Big Star’s eternally lovely “Thirteen” one more time. Jesso’s version comes in at about 16 minutes past.

Our dude Makonnen is hip-hop Old Bay right now: Go ahead and sprinkle him on anything; taste will be immediately improved.

I’m not in any way mad at Hood Pope Ferguson for tapping his famous friends (hello, tiny square of Cara Delevingne) in a blatant attempt at engineering himself the next Shmoney Dance. When you’re the crew second banana, all bets are off.

Especially when the first banana’s still got it! And now let us quickly indulge in a rite of passage of music nerd aggression from time immemorial: Ayo, Rocky, where’s the album?!

Says Gorilla vs. Bear, which debuted this track: “Leon Bridges takes us back again with some real Sam Cooke–era Soul Stirrers vibes on “Lisa Sawyer,” a tender, beautifully nuanced, vintage doo-wop soul ballad … that Leon penned as a loving ode to his mother.” Writing songs about your mother: So hot right now!

Warpaint, “No Way Out (Redux)”

Warpaint’s last release was 2014’s self-titled album, but it now says this new one-off is a harbinger, the “first in a series of new songs being released this year.” If you like dramatically hushed vocals and casual subversion of traditional release structures, boy, is this the band for you right now.

The producer Emile Haynie’s new album was inspired by a heartbreak, as he explained to us earlier this week: “You go a little nuts when you go through a breakup. Then you come out of it and move on and realize that you were just like going a little crazy all the time. … I was really going through it. Then it’s over. But you’ve still got the music.” And what nice music it is. I guess what I’m trying to say is this: Thanks for messing with our man’s emotions, anonymous heartbreaker!

With “Lifestyle” — and under the nom de duo Rich Gang — Quan and Thugga Thugga gave us one of Western civilization’s greatest constructions, no less stunning or visionary or important than Botticelli’s “Birth of Venus” or the Hoover Dam. Word is the guys won’t be operating as Rich Gang much going forward, but here goes a loosie from the twosome to tide us over for now. A joyous and singsongy (if a little paranoiac) bros-before-hoes ode, it makes you wanna reach out to that special pal in your life. It’s Friday! Have you texted your best friend an amusing GIF yet today?!

Con Man Movies 101: A Primer on the Greatest Sleight-of-Hand Films