Con Man Movies 101: A Primer on the Greatest Sleight-of-Hand Films 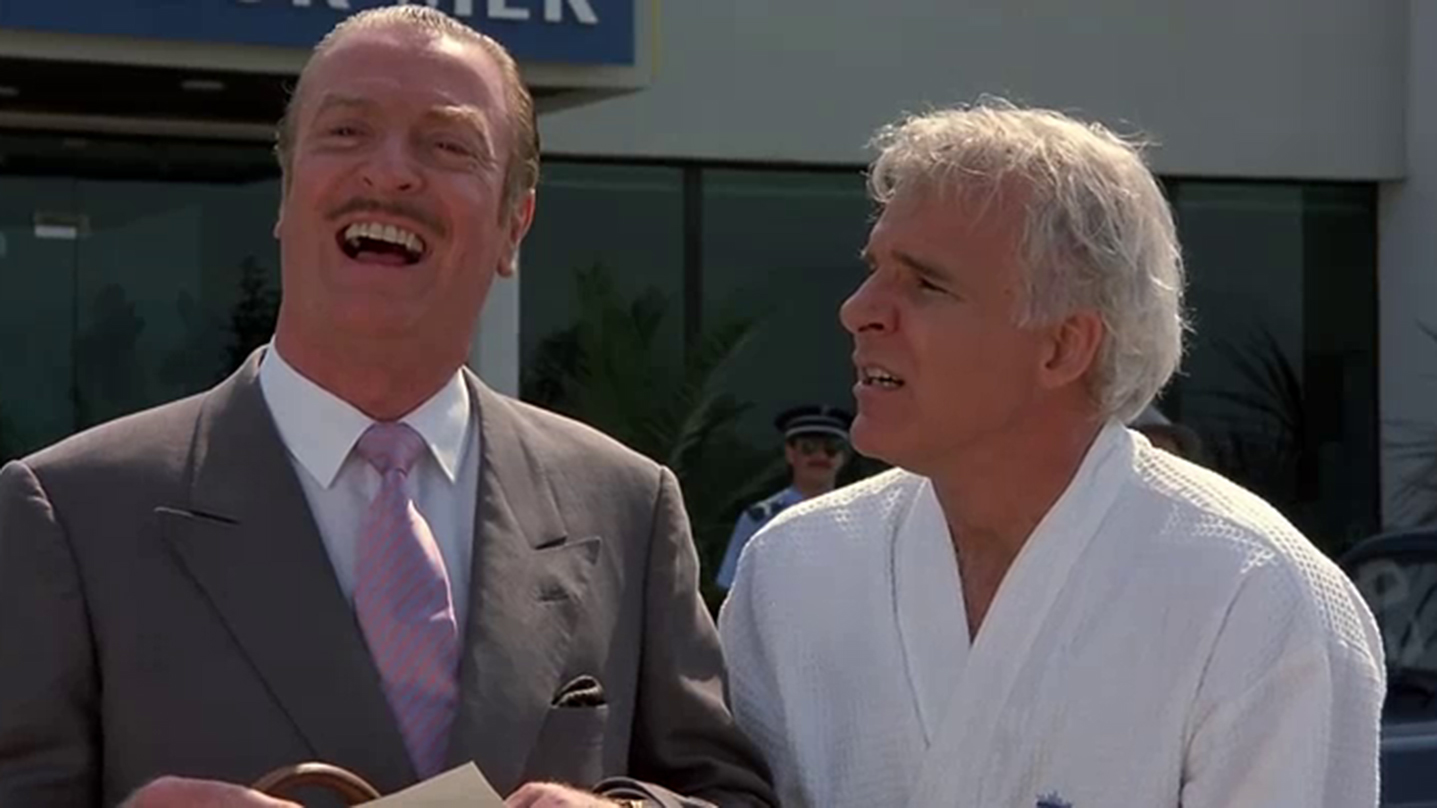 Will Smith’s new movie, Focus, hits theaters this week. It is just the latest odd career choice for Smith (maybe the last, as he’s playing a major role in a superhero movie coming up). He is still among the biggest movie stars in the world, but I’m guessing most of the people reading this haven’t seen After Earth. Focus features Smith playing a con man for the second time. It’s been 22 years since the last time he pulled a fast one. To mark the occasion, here’s a historical primer on con man movies.

Barbara Stanwyck starts off conning a rich Henry Fonda and then falls in love with him, he finds out about the scam, and then they hate one another. This narrative plays out all over again when she revenge-marries him. Sturges’s film is probably as dated as Trouble in Paradise and The Major, but its willingness to play Fonda as an adept idiot and Stanwyck as angry with herself for falling for someone elevate it to a classic. When Stanwyck idly criticizes an incriminating photograph of her and nakedly manipulates everyone in front of her, she has more charm than all of the genre’s other delightful rogues.

The King of Marvin Gardens (1972), directed by Bob Rafelson 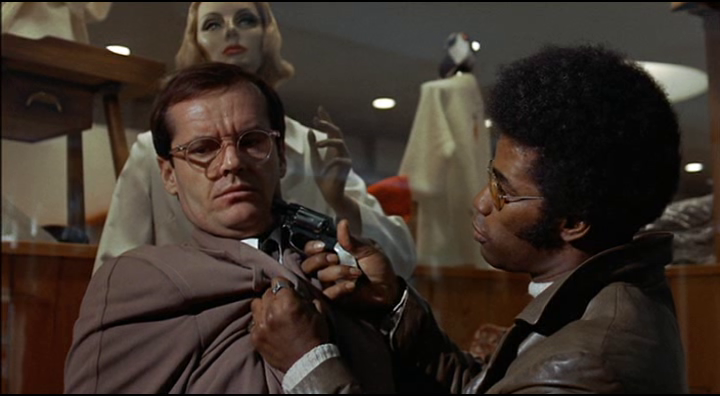 This features career-best work from Jack Nicholson and Bruce Dern, who switched roles at the last minute so Dern would be the outgoing fast-talker and Nicholson the reticent, literary brother all knotted up inside himself. The follow-up to Nicholson and Rafelson’s previous collaboration, Five Easy Pieces, Marvin Gardens feels like it’s coming from the same place. It’s about the self-con — not knowing how full of shit you really are. Where Five Easy Pieces teased that idea out to a bigger, generational statement, Marvin Gardens is more specifically about the characters at hand. Rafelson focuses on watching Dern’s Jason Staebler try to talk his way out of every situation. He is always sort of about to do something — he sort of talks about buying a hotel and he sort of tries to buy a Hawaiian island, acting as a middleman between Japanese investors and a local crime boss (played by Scatman Crothers).

Nicholson, his foil, is shown in the first scene as an overdramatic liar, trying to achieve an almost literary ideal of living the truth, or so he says to himself. Rafelson has him pegged as a flake and a coward from the start. Marvin Gardens never shows how cons work. It’s not interested in process, or even character in the way this type of movie usually is. This is an almost philosophical con movie, about how it’s probably better to lie to others and know yourself than it is to lie to yourself. 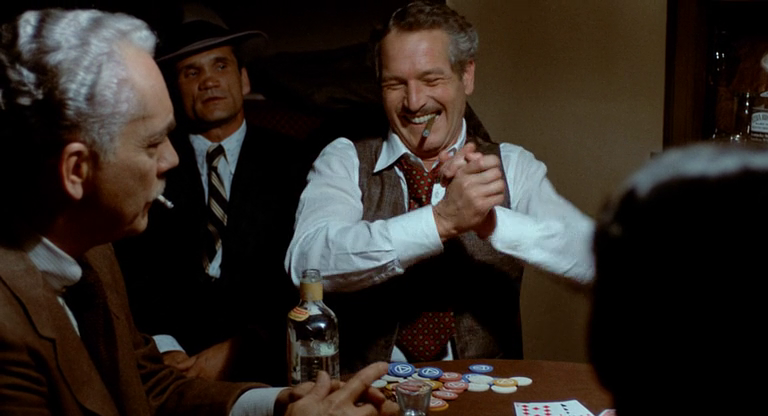 George Roy Hill’s The Sting is the Platonic ideal of the con man movie. It is both procedural and instructional, showing both short and long cons and revealing how each work. Robert Redford, Paul Newman, and Hill had worked together on Butch Cassidy and the Sundance Kid. This time, it seems like everyone showed up on set ready to have a lot of fun. The film mirrors this — professionalism and joy manifesting as the same thing for the characters (Steven Soderbergh’s Ocean’s Eleven would mimic this tone decades later). 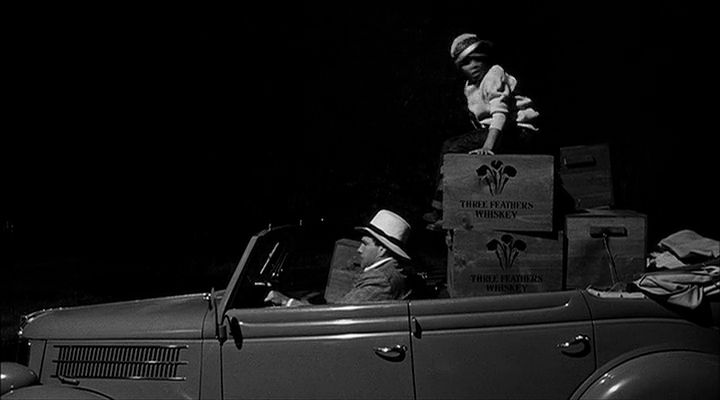 The Sting may be the granddaddy of the con film, but Paper Moon is the standard for how good one can be. Peter Bogdanovich’s entry sets the bar high, creating an idyllic and brutal world for its story. The black-and-white cinematography evokes Dust Bowl photography. The tone is that of a fairy tale, told from a child’s perspective. Ryan O’Neal is now considered a terrible actor (because of crap like this), but that shorts the guy who starred in Barry Lyndon and The Driver.

The careers of O’Neal and his daughter Tatum are inexorably linked to his awful personal behavior, and after the ’70s he didn’t try too hard to change anyone’s mind through his acting. In Paper Moon, he doesn’t even have the soulful muteness that he brought to Lyndon and The Driver — here he’s talkative, he’s weak, he’s funny. Tatum O’Neal’s portrayal of Addie in Paper Moon made her the youngest person to ever win an Oscar. The younger O’Neal manages to steal scenes from Madeline Kahn, who is also great as she realizes that she needs a man to stay afloat. It’s sad but it’s also honest. John Hillerman has a double role as the heavy. He’s not the nastiest Southern cop in film history, but he is one of the most threatening.

Ryan O’Neal’s Moses Pray is the kind of con man who sells phony Bibles to recent widows. His tone is so precarious, which is why I think the film is both so influential and has never been topped. In the language of these movies, it’s on copy-proof paper. The casting of father and daughter as surrogate father and daughter is brilliant. They are partners in crime and equals, neither of them an actual adult. This is the core appeal of the con: pretending to be an adult by managing other people’s expectations. The con man just has to be the thing the dupe needs in the moment and then get away with their money. Just be the thing they need in the moment, and then get away with their money.

The best con man comedy (and the most entertaining con man movie) is Frank Oz’s Dirty Rotten Scoundrels. Steve Martin and Michael Caine are dueling cheats. Caine is an Englishman entrenched in a French Riviera town defending his territory from the boorish American short-con operator Martin. The pair battle over who can trick an heiress out her money, with the winner keeping the fertile territory. The film shines in all the small moments of conflict, without ever deviating from its farcical tone. 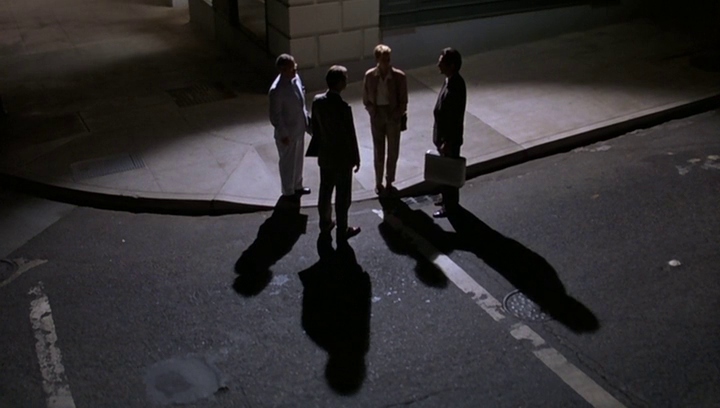 The Spanish Prisoner allows Martin to invert his earlier performance. Here he is an icy, rich con artist, playing chess with people, and he’s always a dozen moves ahead. The film is about the heist of an undefined mathematical equation, and the equation itself is something of a con.

The earlier House of Games is more visually interesting, lit like film noir and with groups of characters sliding in and out of shadows. Mamet wrote House of Games with Jonathan Katz (a.k.a. Dr. Katz), and it starred Lindsay Crouse and Joe Mantegna. It’s an instructional con man film, with Mantegna walking Crouse through short and long cons, all while cheating her. Crouse’s performance, as well as her styling, is as severe and clipped as the script. She is a thrill-seeking tourist, in some ways more dangerous than real-life criminals who know the rules. House of Games features magician turned actor Ricky Jay in his first role, and his erudite tone has become a hallmark of not only Mamet, but also the con man genre. When directors cast Jay in a minor role, they are conscious of his association with this type of film.

The Grifters (1990), directed by Stephen Frears 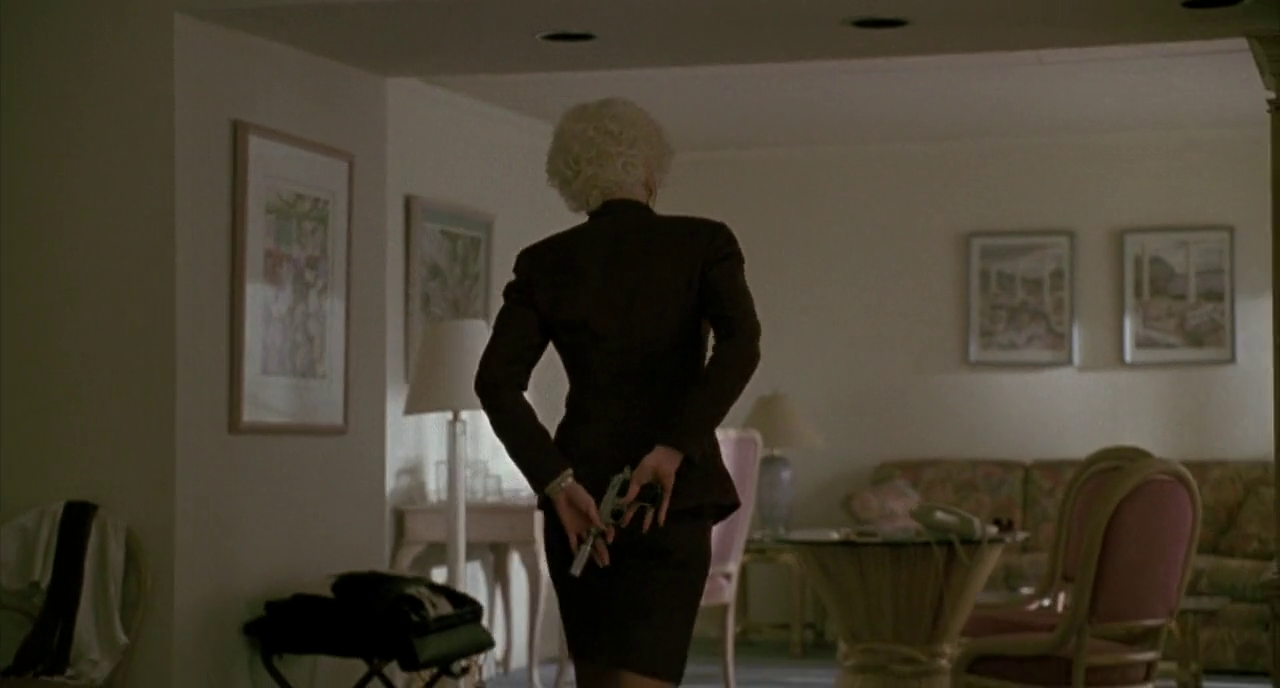 The Grifters has a literary background, with a script by novelist Donald Westlake. He wrote the Parker novels, which spawned the movies Point Blank, Payback, and The Outfit. Westlake’s aesthetic is spare and propulsive. The Grifters script was based on a novel by Jim Thompson, who cowrote The Killing for Stanley Kubrick and wrote the novels upon which The Getaway and The Killer Inside Me were based.

Stephen Frears was coming off Dangerous Liaisons and the minor English gangster classic The Hit. John Cusack plays Roy Dillon, a small-time con man, who spends most of his time screwing bartenders out of loose change. His mother, Lilly, played by Anjelica Huston, runs track scams for a local syndicate, skimming off the top from what she turns over to her bosses. Frears and Westlake investigate the anxiety of the con lifestyle. It’s temporary and fleeting. The survival instincts of both mother and son are almost primal. Huston, with her sneer and bleached, teased hair, looks like an alien in her own body. The story puts Lilly and Roy’s girlfriend on a collision course, leaving them to try to kill one another in a shitty motel room. Frears, no fool, sees a pair of blondes with a car full of money trying to stay alive in a motel and alludes to Psycho and Touch of Evil, and then twists it into an Oedipal nightmare of a finale that would make the Bates family blush. If only all the other films were this mean. 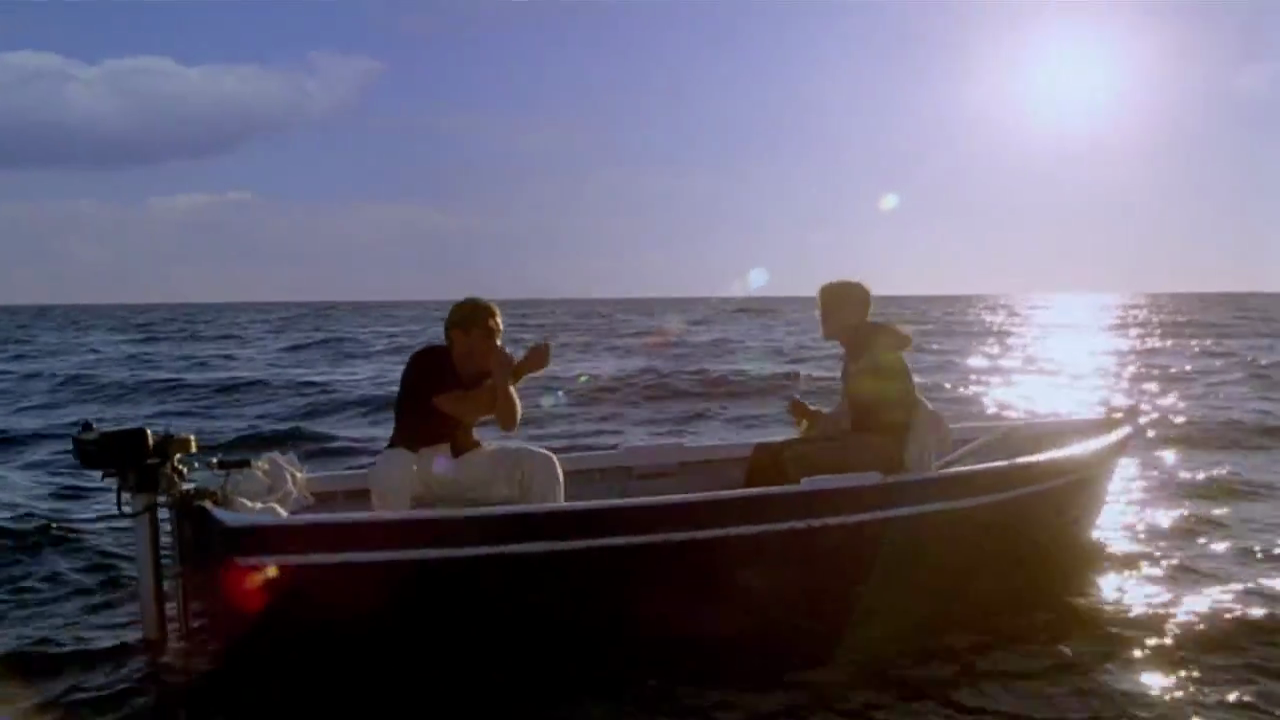 Anthony Minghella’s adaptation of the Patricia Highsmith novel is a highly sophisticated take on potboiler material. In Minghella’s version, Tom Ripley is not another opportunistic con artist, but a man struggling to define his personality by ingratiating himself to others. He’s a “quick study,” a master manipulator. Matt Damon portraying Ripley as being present only when others are present underscores Minghella’s reading of the character as a metaphor for life in the closet, whereas other films that take on similar subjects automatically link homosexuality with violence (The Hitcher, A Nightmare on Elm Street 2: Freddy’s Revenge). The movie terrifies you not for Tom, but for the people around him, who go missing whenever he gets pushed into a corner or noticed. The final act — Gwyneth Paltrow’s dissolution into tears as Damon dresses her down, the chill that drops down your spine when Cate Blanchett recognizes him, inadvertently killing his new boyfriend — is astonishing. Among con man movies, only The Grifters and Ripley address this central truth: We tell lies to survive more than anything else.

Peaks and Valleys: The Career of Will Smith

Songs of the Week: Kanye's Flamethrower, Plus Nine Other Somewhat Less-Combustible Tracks