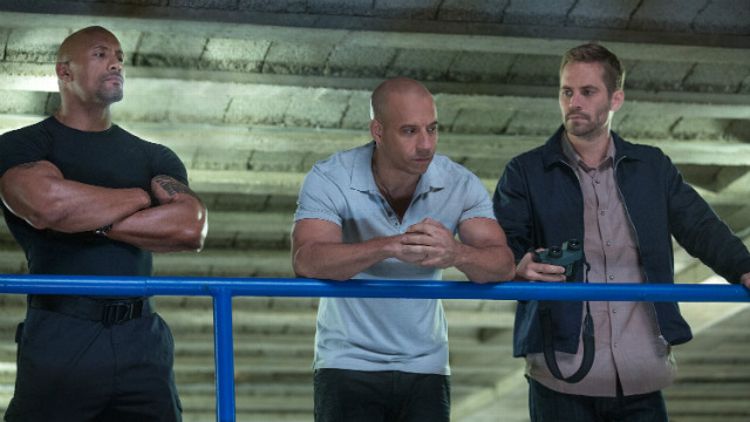 The last we heard, Fast 7 had gone on indefinite hold. For now, Universal is still publicly holding on to the movie’s originally targeted release date, July 11, but that’s already getting encroached on. Dawn of the Planet of the Apes just bumped itself up a week, from July 18, to that slot, sensibly presuming that, when the chips fall, it’ll have the weekend to itself. So when will we actually be seeing Fast 7? Who the hell knows! But what’s going on with the production right now? THR has some insight.

Word from THR is that “executives are trying to find a way to salvage footage already shot for Fast & Furious 7 instead of starting fresh … sources say writer Chris Morgan now is at work crafting revisions to the script that Universal execs hope can retire [Paul] Walker’s character from the series using scenes already shot. If he succeeds, cast and crew could be called back to work by late January — but that’s a big if.” Also: “The accident occurred when the film was well underway but nowhere near completion. ‘Almost exactly half of [Walker’s] role was done,’ says one source. Another says Walker was scheduled for considerable work on the film the week following his death.”

There’s a lot more about the massive insurance claims that will likely surface: Universal has spent $150 million on production already, but since it has now declared force majeure — “an unforeseeable circumstance that prevents work from proceeding” — it’s a bill its insurance firm might have to pay. Meanwhile, speculation will continue as to how Walker’s death will be handled onscreen — speculation that, as grisly as it sounds, will most likely make an already high-profile movie that much more anticipated. For now, then, it’s good to hear Universal’s not rushing forward blindly, and actually taking its time making sure it handles this right. As for that July 11 date: THR’s sources say it has, at least internally, already been let go.

My Bodies of the Year: Kim Kardashian's Instagram Moment and 12 Unsexy Months