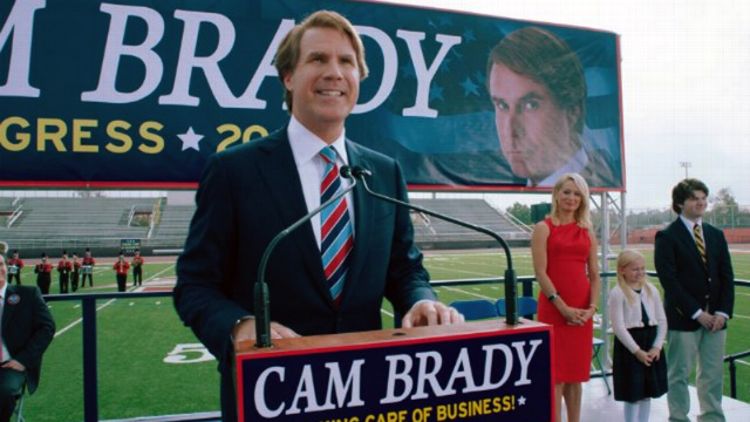 Congressman Cam Brady is running for reelection in North Carolina. When the hotly contested race suddenly turned ugly, his campaign had him fill out a probing questionnaire to uncover any other possible points of attack by his opponent, Marty Huggins. Grantland has obtained Brady’s confidential answers and is releasing them online in the name of public service.

If asked to release your last 10 years of tax returns, is there anything in your financial history that we should know about?

My tax returns, if released, and they never will be, would read like any other citizen’s. Between 1988 and 1992 I earned money under the name Dr. Randall Escalow. Also, in 1978, I earned $55 and a model race car track by selling seeds and Grit magazine door-to-door. Other than that, it’s just a bunch of boring numbers. Oh, and I’ve never paid a dime in taxes. Boring, right?

Do you think there are any signature pieces of legislation in your not-too-distant past that we must now disown and/or frantically distance ourselves from?

I am proud of all of my legislative achievements. National Day of Recognition for Tyronn Lue. The Flag Personhood Amendment, which gives the U.S. flag the right to adopt children and own a car. The only piece of legislation I do semi-regret is the dental program we set up to get kids under five free dentures. Turns out a lot of kids who I saw with missing teeth had just lost baby teeth, and new ones would grow in. It was a rash decision. I should have done the research.

Have any shadowy billionaires we are unaware of contributed to the campaign? If so, please list their names below.

I have tried desperately to get shadowy billionaires to contribute to my campaign, but they’re hard to get on the phone. Sheldon Adelson. Koch Brothers. If you’re reading this, I would love to take a giant sum of money from you. I am a vote waiting to be bought. Right now I have some good feelers out to that new North Korean kid. What’s his name? I think he just got married.

Are their any marital infidelities you need to disclose? If so, is there any video and/or photographic evidence?

Yes, I’ve made mistakes. But those mistakes were the result of needing to release stress caused by working hard for the American people. Some people do yoga or shoot hoops. I prefer to roll around in a Red Roof Inn with a Golden Corral waitress or take a shower with Barbara Mandrell’s niece. It’s about health, so I can live longer to be a good husband and father. As far as videos, I did appear in two movies with Shannon Tweed in the early ’90s, Chamberland Heights and Lust on the Frontier. Both occasionally air on Showtime.

Have you ever forced a family pet to ride outside your vehicle? If so, did the animal survive? And if so, could we plausibly claim it was a “roof pet”?

Last year I flew to San Francisco with my family and we did bring our Doberman, Madison. I was told there was a fee for crating a pet, so we decided to instead give the dog an Ambien and slip him into my carry-on suit bag. The dog did wake up halfway through the flight and begin howling. Once a stewardess let him out, he attacked a co-pilot and caused the plane to drop 10,000 feet in two seconds. But after being Tasered by federal air marshals, the dog was fine. And as you can tell, this has become a treasured and hilarious family story.

Have you ever on the record accused a sitting president of being:

(e) Not in touch with Anglo-Saxon history.

Do you have any religious beliefs that average Americans might find suspicious and/or “freakish”?

I am a believer in God. My family celebrates Christmas. According to a lot of “liberals” out there, that’s “freakish.” Also, we do pray to Ralthus the God of the Seven Moons. And sometimes when Cam Newton is about to get sacked I pray for that ref to blow the whistle! Right? Ha, ha, ha! See, I’m just like you.

Have you ever ingested any of the following illegal and/or controlled
substances:

Yes, I have stumbled in my youthful past. Ten minutes ago I snorted a chunky highway stripe of cocaine, and took a little bump of nitrous to top it off before I went into my staff meeting. But we live and we grow. Also an hour from now, I will take a little Oxy with a half-bottle of cough syrup and curl up in the cabinets underneath the guest apartment kitchen sink and just be.

Will Ferrell and Adam McKay properly crate their pets when flying. The Campaign is in theaters now.

Filed Under: Will Ferrell

See all Will Ferrell