The Other (Funny) Guy: Breaking Down Mark Wahlberg’s Comedic Roles 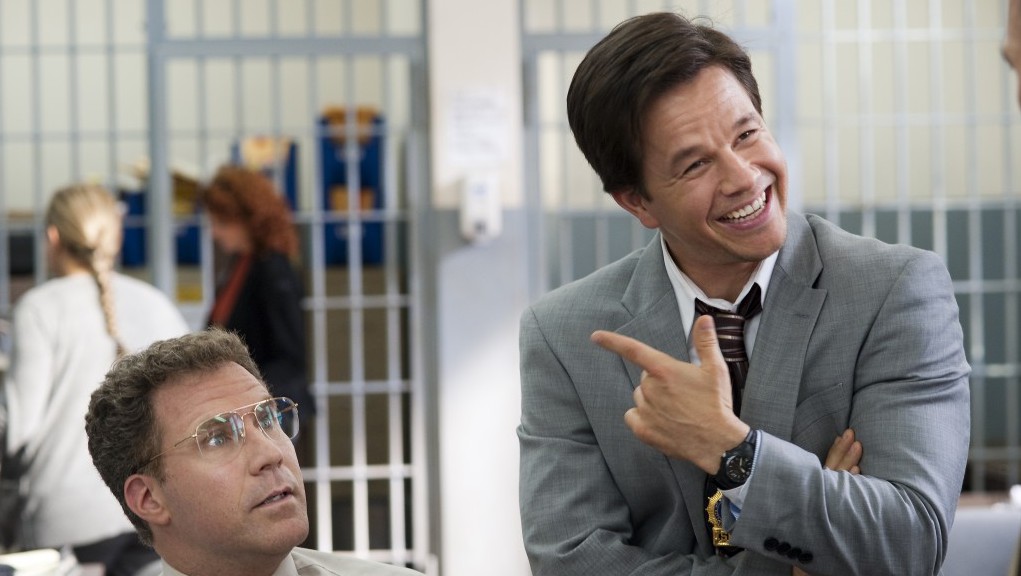 As the inescapable billboards have promised (or warned) us, Ted is coming, again. Returning for the ride along with Seth MacFarlane’s titular teddy bear is Mark Wahlberg as John Bennett, the now-grown man who, as a boy, made the wish that brought the commode-mouthed Ted to life. For those of us who’ve followed Wahlberg’s career, this is a pity — not just because the first film’s Animal House–ish coda seemed to assure us we wouldn’t have to deal with a sequel, but because one would have hoped that distinguished comic actor Mark Wahlberg would be more discerning.

YES, YOU READ RIGHT. His unintentionally hilarious performances in the likes of The Happening and The Gambler aside (in the latter, he plays A PROFESSOR OF ENGLISH AT THE COLLEGE LEVEL), Wahlberg’s comedy track record is solid, which is why it’s such a shame that he wastes so much of his time doing work that doesn’t bolster it. That isn’t contained to what we can now, depressingly, call “the Ted franchise,” because it includes headlining a late-model Transformers installment and producing the Entourage movie. Wahlberg shouldn’t be primarily associated with disposable action junk like Max Payne or 2 Guns. He should be recognized for his legit comic talent, which he’s more than proven already, and which we’ll revisit in this breakdown of his most significant comedic roles.

Goals: Initially, it’s to see some action in Iraq before shipping back home at the end of the (first) Iraq War, which is why he kills an Iraqi soldier who’s clearly surrendering. Later, it’s to steal a bunch of Kuwaiti gold he believes he will be able to find using a map he found lodged in a detainee’s butt.

Reaction to Impediments: He proves himself a natural negotiator smoothing over relations between dangerous hillbilly Vig (Spike Jonze) and seething Detroit-born Chief Elgin (Ice Cube). For instance, when Vig offends Elgin by using a highly offensive racial epithet, Troy helpfully tries to defuse the situation by offering a few “perfectly good substitutes.” When he is taken prisoner by the enemy, he resourcefully uses a satellite phone to call Information to get the number for Operation Desert Storm: “The big army in the desert?”

Emblematic Moment: In order to scoop up and carry to safety a couple of kids running through a landscape of hidden cluster bombs, he drops his Louis Vuitton bags full of gold bars.

Real Mark Wahlberg–ness:1 Assumes he’ll be able to knock down a bunker door by hitting it just right; gets shot in the chest (twice) and survives; drives through the desert throwing Nerf footballs for a buddy to shoot, which feels like something Wahlberg has probably done or is planning to do this weekend.

Marky Markitude:2 There’s a little dancing at a victory party in the opening moments of the film; when he’s captured, his shirtless-with-white-long-johns can’t help evoking his old Calvin Klein billboards.

On a Scale of 1 to 10, How Funny Is He? 6. It’s not his fault: He definitely does what he can right up until he is beaten in the face with a phone book, wired to a battery, and forced to drink oil while imagining his wife and baby daughter’s horrible deaths.

Goals: After hiring a pair of existential detectives to investigate him, Tommy’s mind has opened to the field of philosophy, and his reading has caused him to obsessively pursue the cause of stopping everyone he can from using petroleum.

Reaction to Impediments: When his less conscientious wife gets tired of his orthodoxy and prepares to take their child and leave, he decides to tell his kindergarten-age daughter about all the world’s evils — not just the dangers posed by burning fossil fuels, but the truth about the children overseas who sewed her clothing. “Mommy doesn’t ask because Mommy doesn’t care!”

Emblematic Moment: When an adversary (Jude Law’s Brad) learns that Tommy is a firefighter and reflexively calls him a hero to a room full of compromised environmentalists, Tommy deflects the praise: “I’m not a hero. We’d all be heroes if we quit using petroleum, though.”

Real Mark Wahlberg–ness: He gets in a lot of fights, often preceded by aggressive gum-chewing.

Marky Markitude: At a certain point, he’s betrayed by his detectives’ assigned companion, Albert (Jason Schwartzman) — or, as he puts it, Albert “turned his back on his Other like a cold-blooded gangster.”

On a Scale of 1 to 10, How Funny Is He? 7. That he’s in this incredibly weird philosophical essay of a film is kind of hilarious in itself. A character in the midst of a total emotional crisis over resource scarcity is not one for which you’d immediately cast Mark Wahlberg. But his scenes are practically the only ones worth watching, and not just so you can track whether his shirts are buttoned wrong in all of them.

Goals: Initially, to assist his former real estate agent Claire (Tina Fey) when she comes to him for help tracing a cell phone number after she and her husband Phil (Steve Carell) have been mistaken for blackmailers. After that, it’s to get rid of her and the two pairs of cops who follow up so that he can resume his sexcapades with his stunning ex-Mossad girlfriend.

Reaction to Impediments: This is not a guy who seems like he’s ever encountered impediments.

Emblematic Moment: Claire mentions it’s OK he didn’t end up buying any of the upstate houses she showed him, because the loft he’s living in now is cool and she bets the ladies love it.

Holbrooke: [Modest shrug.] “I do all right.”

Claire, mesmerized by his bare chest: “I bet you do all kinds of right.”

Real Mark Wahlberg–ness: He has a collection of cool cars and motorcycles and plenty of very masculine artifacts, including a probably historically significant old handgun that Phil lifts (and later learns is not so operational).

Marky Markitude: I mentioned the shirtlessness? He literally does not wear Shirt One in this entire film.

On a Scale of 1 to 10, How Funny Is He? 4. This is Fey and Carell’s caper; Wahlberg is mostly asked to be a supremely calm and capable (shirtless) deus ex machina with impressive tech skills. But he’s effectively deployed as a straight man/spark for Phil’s feelings of male inadequacy.

Goals: To rehabilitate his image and standing within the department after accidentally shooting Derek Jeter, earning himself the nickname “Yankee Clipper.” Moving up in the department might also allow him to escape his loathed, nerdy partner, Allen Gamble (Will Ferrell).

Reaction to Impediments: Primarily glaring, with periodic toddler-esque temper tantrums, during which he busts out his catchphrase: “I am a peacock, you gotta let me fly!”

Emblematic Moment: Trying to rescue his ex-girlfriend Francine from “shaking it in this strip club for dollar bills” … when, in fact, she’s in the middle of ballet class.

Real Mark Wahlberg–ness: One imagines that it was not such a hardship for a fellow from Boston to play a character who shoots Derek Jeter.

On a Scale of 1 to 10, How Funny Is He? 15. This is going to sound crazy, but he’s even funnier than Ferrell. It’s by far Wahlberg’s best comedy performance.

Goals: Not to get fired from his dumb job even though he shows up late and/or high a lot, and thereby ascend to the “cushy” position of “$38,000-a-year branch manager”; to keep his way-out-of-his-league girlfriend Lori (Mila Kunis) from dumping him as she should.

Reaction to Impediments: He’s not above starting unfair fights — he punches out a kid who tries to rush the stage, and he gets in a full-on brawl with Ted at a low moment for both of them — but it’s more typical for him to panic childishly. He’s mortally afraid of thunder and covers his ears and yelps when Lori calls Ted’s new girlfriend the c-word.

Real Mark Wahlberg–ness: Lori describes him as “the hottest guy in Boston.” Who could disagree?

Marky Markitude: We all know that the former Marky Mark is a gifted vocalist, which is why it’s so winning when John reminds Lori of their first night together by serenading her — not well — with the theme from Octopussy.

On a Scale of 1 to 10, How Funny Is He? n/a. It’s hard to pay that much attention to how good he is or isn’t when the whole movie is such a lazy, unfunny turd.

Goals: To get his piece of the American dream by stealing it from rich jerk Victor Kershaw (Tony Shalhoub).

Reaction to Impediments: He mostly punches them.

Emblematic Moment: Calming himself down after a panic-inducing setback in his criminal operation by doing a few quick curls.

Marky Markitude: Dismembering and dissolving a couple of corpses finds him stripping down to his white Calvin Klein briefs; after successfully getting Victor’s assets signed over to himself, he also does a pretty decent celebratory worm on what was formerly Victor’s dock.

On a Scale of 1 to 10, How Funny Is He? 8. Almost anyone could be funny getting out of a Firebird (with Scooby-Doo seat covers) wearing a short-sleeve dress shirt, tie, and jorts. But Wahlberg goes beyond his wardrobe to make Daniel both hilariously dopey — “What the fuck are notaries?!” — and chillingly sociopathic. Now we know what might become of Troy Barlow if not for his goony bird.

Tara Ariano (@TaraAriano) is the West Coast editor of Previously.TV.