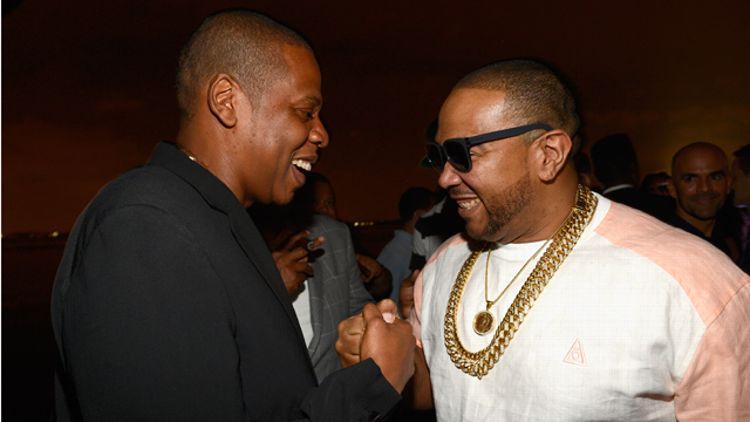 OK, first of all: As you might have noticed, there is no hyphen between the “Jay” and the “Z” up there in the headline. As the world learned last night, after a few years of flirting with the change, that is now officially the preferred stylization of the rap name of the man born Shawn Carter in Brooklyn, New York, on December 4, 1969. So, yeah. That happened. And now on to today’s second most important Jay Z (ugh, weird) news.

As Rap-Up.com points out, Timbaland has apologized to Jay Z. Wait, huh? They were fighting? What happened? Who did what? When? Honestly, I’m a little lost here. Judge me for my lack of knowledge about the health of the Timbaland/Jay Z nexus if you must, but I didn’t know there was beef. There was, though?

As Timbo explains in the video above, he and Jay had a little falling-out over some “petty,” non-industry-related stuff. (For his part, Jay makes it sound like it was because Timbaland thought someone was leaking songs he’d produced. Which, technically, industry-related?) Anyway, they’re cool now. Timbaland met up with Jay backstage at a show. They hugged. Timbaland still regrets missing Jay’s 40th birthday party, though. Hey, man, who doesn’t?

OK, but that’s not all! On an upcoming album, on a track conveniently called “Sorry,” Timbaland will say sorry to Jay, alongside Keri Hilson, who will be saying sorry to Beyoncé, for more long-ago, imagined, or perceived slights. There is, as of press time, no word on what Magoo will be doing on said track. No, look, you’re right. My heart was not in that Magoo joke.

So, to recap: Timbaland and Jay Z had a fight, which I’d never heard of, but now they’re cool, which means they are what I thought they were already. Good? Good. Let’s move on.