Despite Pledge Not to Report Box Office Gross Out of Respect for Aurora Shooting Victims, The Dark Knight Rises Numbers Were Revealed 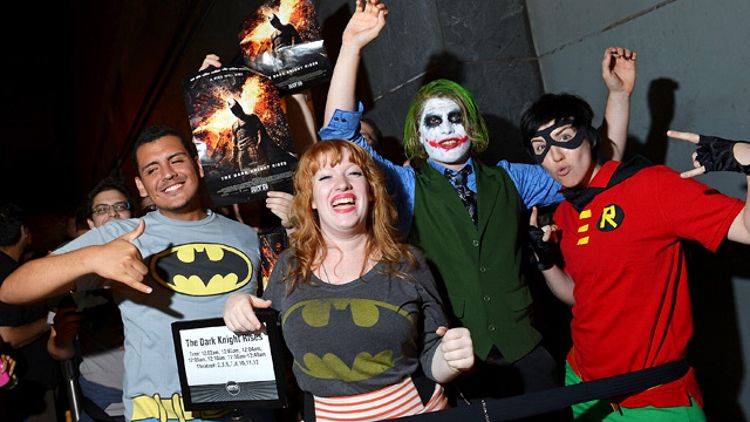 On Friday word came down that, out of respect for the victims of the shooting in Aurora, Colorado, Warner Bros. would not release The Dark Knight Rises box office gross until after the weekend. Other Hollywood studios followed suit, as well as the box office tracker Rentrak and outlets like Hollywood.com and Boxoffice.com. But the self-imposed ban wasn’t adopted by all. The New York Times reports: “[T]he money at stake was too big for moviedom to ignore, and studio officials with access to box-office numbers provided them to [the] Times. Those officials, in private, spent the weekend seemingly marveling at the ability of “The Dark Knight Rises” to maintain much of its momentum in the wake of the killings … the film took in about $162 million in North America over the weekend … That huge No. 1 total fell below prerelease expectations of ticket sales totaling about $190 million, an indication that some moviegoers were either not in the mood to watch a violent comic book caper or worried about theater safety … Still, the highly anticipated Dark Knight Rises managed to score one of the best opening weekends at the box office.”

Meanwhile, two of the The Dark Knight Rises principals released statements in the wake of the shooting. Christian Bale said:

Words cannot express the horror that I feel. I cannot begin to truly understand the pain and grief of the victims and their loved ones, but my heart goes out to them.

Speaking on behalf of the cast and crew of The Dark Knight Rises, I would like to express our profound sorrow at the senseless tragedy that has befallen the entire Aurora community. I would not presume to know anything about the victims of the shooting but that they were there last night to watch a movie. I believe movies are one of the great American art forms and the shared experience of watching a story unfold on screen is an important and joyful pastime. The movie theatre is my home, and the idea that someone would violate that innocent and hopeful place in such an unbearably savage way is devastating to me. Nothing any of us can say could ever adequately express our feelings for the innocent victims of this appalling crime, but our thoughts are with them and their families.

Songs of the Week: The xx, Domo Genesis, Refused, JJAMZ, and Rick Ross and His Famous Friends