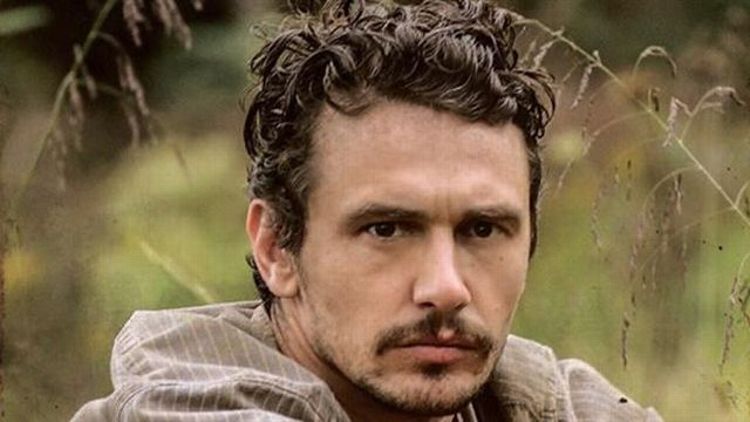 All it took to get me into the theater was the phrase “James Franco’s William Faulkner’s As I Lay Dying.” Actually, that’s not entirely true. I was just as drawn in by the words “Danny McBride in a Faulkner adaptation,” which gave language to something I hadn’t even known how much I wanted until James Franco brought it forth.

As I Lay Dying, Franco’s third full-length directorial feature, is his baby. An adaptation of one of the most beloved and seemingly unadaptable American novels of all time, it’s also Franco’s most mainstream effort to date. A planned theatrical release was cancelled at the last minute in favor of a digital release, save for a few screenings in N.Y. and L.A. Franco has been promoting these screenings by introducing the film via Skype — and, on Sunday night, in person — while deluging his Instagram feed with written pleas for his fans to go out and support the movie.

Franco is hoping that at least some of the people who enjoyed This Is the End, who watched his Comedy Central roast, who loved him in Spring Breakers will also sign up for this more serious side: James Franco the auteur. (His first two features as a director were his NYU MFA thesis The Broken Tower, about the poet Hart Crane, and Interior. Leather Bar., a “docufiction” film about the making of William Friedkin’s psychosexual gaysploitation thriller, Cruising.) Franco has an amazing ability to shake off criticisms and raised eyebrows and just keep it moving. Some of the stuff he makes is great and some of it is unbelievably terrible, and the ratio seemed pretty tilted toward the latter at the start. But it’s honestly admirable that he keeps making movies and writing books because it is possible to improve, particularly through intense dedication and practice. Certainly he benefits from the wealth of opportunities afforded to him by his celebrity, but plenty of other people have those opportunities and never really take advantage of them. Franco is determined to make art of lasting value, and it feels cynical to mock him for that. Instead we can make fun of his fame-baiting James Dean–themed art show and then still be impressed by his ambitious adaptation of a demanding novel.

Set in Faulkner’s fictional Yoknapatawpha County, the film was shot over a few months last year in Canton, Mississippi. Franco is free of the veil of self-consciousness that might make someone else shy away from adapting Faulkner. This is a compliment, not a knock. He shakes the dust off the 1930 novel by adapting it in a fairly straightforward manner, focusing on drawing great performances out of his troupe of actors. As I Lay Dying focuses on the Bundren family, poor white Southerners on a pilgrimage to bury their matriarch. Franco, who plays second eldest son Darl, is by far the biggest name. McBride, who plays neighbor Vernon Tull, is the second biggest. McBride’s performance is skillfully restrained, proving again that no matter how realistic he is on Eastbound & Down, we must never confuse Danny McBride for Kenny Powers.

But it’s the less-known actors who are more revelatory. Ahna O’Reilly (who dated Franco for years) is astonishing as Dewey, the only daughter, recalling Sissy Spacek’s performance in Badlands. Jim Parrack was a perennial highlight of mine on True Blood, where he played golden-hearted good old boy Hoyt, and Franco’s use of him here is absolute genius. He brings naturalism and genuine soulfulness to his portrayal of oldest brother Cash. Logan Marshall-Green is the handsome guy from Prometheus, but he’ll always be Ryan’s bad news brother Trey Atwood from The O.C. to me. He made me forget about Trey in this movie by sporting a beard and a sometimes indecipherable accent and reminding me of Heath Ledger in Brokeback Mountain.

The great character actress Beth Grant plays the mother, unrecognizable from her current gig on The Mindy Project as a kooky receptionist. Anse Bundren, the patriarch, is played by Tim Blake Nelson, who played a similarly goofy Southern man on an epic Homerian quest in O Brother Where Art Thou? He gives the broadest performance as the toothless, increasingly decrepit old man, but also the most poignant. His grotesque stunt teeth and gaped open mouth are played not only for laughs but deep sympathy. It’s like watching an older relative struggle. First time actor Brady Permenter, who plays youngest son Vardaman, looks disturbingly like a miniature version of Todd from Breaking Bad.

There’s a lot going on in As I Lay Dying, and not all of it works. Extended monologues meant to showcase Faulkner’s language are delivered toward the camera and feel like awkward reality TV show confessionals. A split-screen device dominates the first half of the movie and then recedes somewhat, and could definitely have been used less. But you get the sense that Franco is throwing everything he has into this film. He’s trying to capture the novel’s huge scope of what he has taken on. At times it plays like a live-action version of Oregon Trail, particularly during a scene when the family must ford a river without the coffin floating away. Again, that’s not a criticism. The scene is incredibly gripping!

As much as I might have wondered what someone like Franco’s Pineapple Express director, David Gordon Green, might have done with a project like this, adaptations of lengthy difficult novels tend to gestate forever. Franco doesn’t have the impeccable eye for shot composition of a true master. He excels most when getting out of the way to let the actors just act. From Freaks and Geeks onward, Franco has demonstrated that he is a good team player. By surrounding himself with talented people, he ensures that the film easily goes beyond being a James Franco intellectual vanity project. Instead, it actually brushes up against the hem skeins of its forebearer, John Ford’s 1940 version of The Grapes of Wrath, wrestling with similar issues of family, poverty, and dignity.

As I Lay Dying is imperfect, fascinating, and wildly ambitious. Franco’s methodology of banging things out and then moving on to the next one before the paint has even dried on the last has merit. Since As I Lay Dying, he has finished two more features: an adaptation of Cormac McCarthy’s Child of God and a biopic about Charles Bukowski starring Shannen Doherty. Franco must not get any sleep because he’s currently filming a follow-up Faulkner film: The Sound and the Fury. But then, he has been on a Southern Gothic roll since dubstep Southern Gothic Spring Breakers. If nothing else, students confused by the book will be thanking him until the end of time for making a movie version.