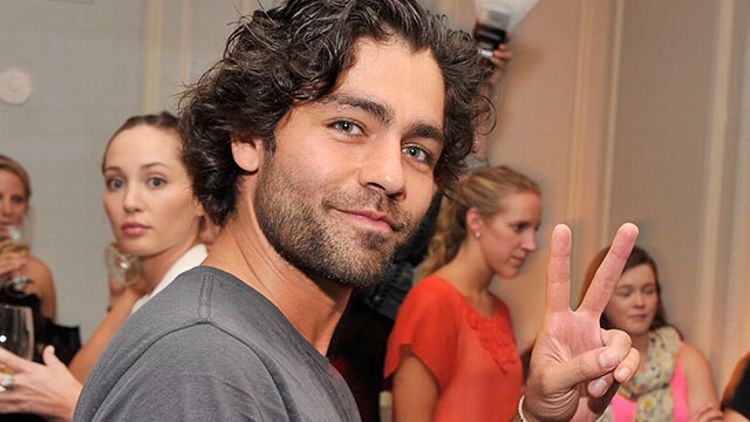 Just in case you haven’t kept up with every last hiccup on the road to the Entourage movie, here’s a quick breakdown of the last few days. First, Mark Wahlberg, being so extremely and wonderfully Mark Wahlberg–y, basically said the thing would happen when some mf’ers stopped being so greedy.

Because that came about a month after the “Page Six” report that everyone but Jerry Ferrara and Adrian Grenier had signed on, Vincent Chase himself retorted, in the form of the world’s most heartfelt Instagram message. Backdropped against a lovely Paris-in-springtime-level-wistful photo of the ol’ crew, it reads:

To all Entourage fans. I owe it to you to make a couple things clear. I take my role as Vince on the show & off very seriously. All decisions I make personally & for business are for the principle of friendship and brotherhood. It has, & never will be about the money for me. I promise. I will always stand up for the boys (that includes you) & do what I can to make sure they are treated fairly, and not be taken advantage of by anybody. The spirit of Entourage is about sharing the opportunities given to us and I will sign any deal that gives ALL the boys an opportunity to share in the upside of success EQUALLY. I assure you, despite the perception, there is no greed in my heart. Remember, it will all work out in the end. It always does. ------ I will try to answer questions with hashtag #entourageboysshare

Yes. #entourageboysshare. Please keep refreshing. To be safe, do so every three to five minutes.

Then again: Kevin Connolly had his own brush with TMZ, and assured the world that things were actually moving smoothly, with a projected production date of January.

Meanwhile, as Buzzfeed points out, showrunner Doug Ellin weighed in on Twitter: “The real Ari just told me entourage movie is happening. He actually was the one who pushed me to write script so maybe it is. We shall see.”

So the Entourage movie may or may not happen. Who … who gives a shit? The truth is — despite what the Internet, and our own eyeballs, has led us to believe — that lots of people do.

Look, yes, it’s easy enough to knock the show, and easiest of all to knock Grenier. The sad, strange truth of his career is that, barring some kind of miracle, he’ll never be as famous as his best-known character. Post-Entourage, that makes for some rocky sailing. Ferrara can pal around on the edges of Think Like a Man Too, and that’s a goddamn unqualified home run. Kevin Dillon can keep cashing that CBS failed pilot money. But after eight seasons of pretending to be one, is Grenier having a hard time realizing he’s not, actually, a movie star? (“I take my role as Vince on the show & off very seriously.”)

Reading between the lines of his message, you’d assume this is about the main cast not being properly compensated, in Grenier’s opinion. It might well be about that he’s getting as much money as the other guys to do the movie, despite being ostensibly the leading man. If so, he’s spinning it, or seeing it, as the more money he demands, the more money, in turn, that everyone will have to get. Again, and forever more: #entourageboysshare.

While we’re talking Entourage movie: At some point here, we have to admit that this show’s legacy is, ultimately, nothing. Neither groundbreaking, nor famously atrocious; at the end, it was just some (predictable) sand flitting through some (brightly lit) open palms. So why make a movie that’ll, at best, be a modest hit with the devoted following that self-flagellatingly stuck with this thing to the end? Why not go, oh I don’t know, super weird instead? Say, give it to Gus Van Sant and have the whole thing be about Vince and the boys getting lost on the Warner Bros. backlot, wandering around in the impending darkness looking for food until someone mercy-kills someone else? I mean, you know. That’s just one possibility.