Chris O’Dowd Is No Coward 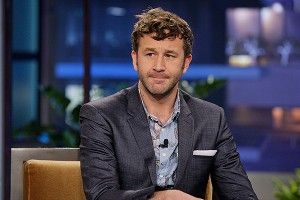 But he does have a promising new gig lined up. O’Dowd — best known for Bridesmaids, Girls, and, soon enough, Christopher Guest’s HBO show Family Tree — is in talks for period-comedy The Coward.

Reports The Wrap, “Set in 18th century England, the story follows a cowardly nobleman” — played by O’Dowd’s Girls compatriot Adam Driver, in probably his flashiest movie role to date — “who hails from a family whose men have historically come out on the losing end of to-the-death gunfights. When he panics after initiating a duel, he finds himself hiring a common criminal” — our dude Chris — “to stand in his place, though the scoundrel decides to improve his lot in life by stealing his employer’s identity.”

Also notable: The movie will be directed by Max Winkler (yes, the Fonz’s kid), who made his debut with 2011’s under-appreciated Ceremony (recommended especially if you enjoy Jake Johnson’s flailings on New Girl). Directorial debut, that is; I’m just looking at Winkler’s Wikipedia page here, and apparently he was in Cop and a Half? How do you not lead off every conversation with that information?

Anyway, yes, The Coward — can’t wait, if only because Chris O’Dowd is going to look incredible in a powdered wig.