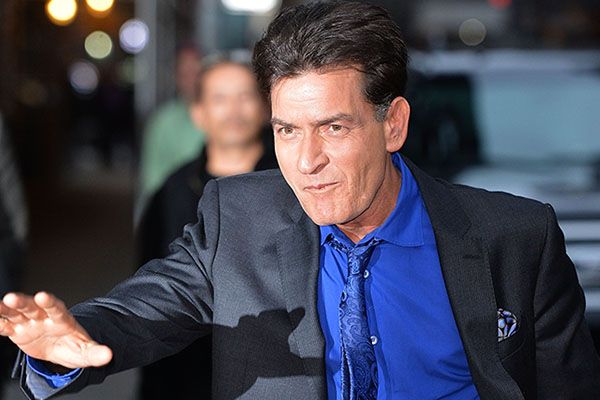 Says Deadline: “Lohan has signed on to guest star as herself in an upcoming episode of Anger Management slated to air in April. In the episode, Lohan develops a romantic relationship with Sheen’s character after becoming his therapy patient. The casting reunites the two actors, who also co-star together” — and, at least according to this photo, sleep together, too — “in the upcoming Scary Movie 5 … and appears to be a publicity stunt for the film, which also debuts in April.”

Freak Show and Tell: Asking the Universe If It's Cool to Drink This Bottle of Urine