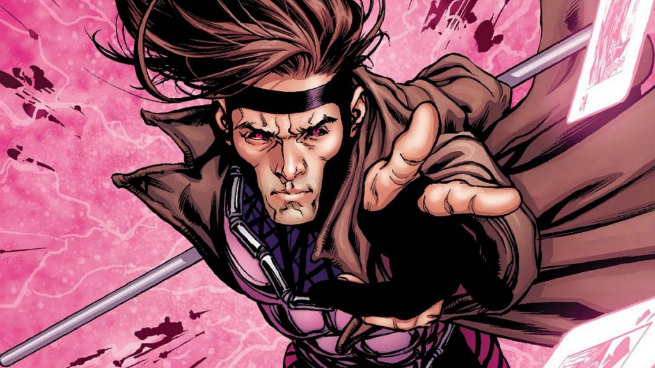 So it’s true. Channing Tatum will be Gambit, and star in a stand-alone Gambit movie as the next phase of Fox’s X-Men franchise, after Days of Future Past blows up what’s left of the last manifestation. And though Alex Pappademas already made a great case for why Gambit sucks, I have come here to defend Gambit. Nobody is denying that Gambit is the Poochie of the X-Men, a character introduced late in the game and designed to pander to fans of a series. But the X-Men comics have always thrived on this — one of the Marvel Universe’s best conceits is that new mutants are constantly being revealed. These new mutants also tend to reflect trends from the eras of their debuts, which is why we’ve gotten characters like the disco mutant Dazzler in 1980 (who director Brian Singer once joked on Twitter would be played by Lady Gaga in Days of Future Past).

Not every new X-Person catches on with comics fans, but sometimes one does blow up. Wolverine made his first appearance in 1974 and became the most popular stand-alone mutant during the ’80s, embodying the tough-guy antihero archetype of the era. I also liked Jubilee, the mall rat who can shoot fireworks out of her hands, added in the early ’90s to appeal to the youth demo. Jubilee and Gambit were introduced in The Uncanny X-Men in 1989 and 1990, respectively.

By the time I got into the X-Men, the comics were already several generations along and I was too young to be a snob yet about the various incarnations of characters (or the artists who drew them). And I was very into the Saturday morning cartoon X-Men: The Animated Series, which ran on Fox for five seasons starting in 1992. On the show, characters from the comics were sometimes melded together. For example, Jubilee was heavily featured and took on the younger-sister role occupied in the comics by Kitty Pryde. The animated series was heavy on the Gambit. I loved Gambit.

Gambit is written to be a cool, charming ladies’ man who smokes, wears a long duster coat, and throws charged playing cards. I’ve never taken any issue with his power, because there are certainly other superheroes with much dumber powers. Sure, he could be considered kind of a David Blaine with the cards (STREET MAGIC!), but I think of Gambit more as an Indiana Jones type. He is Wolverine’s chief rival in humorous quips, and his “mon chers” are way less annoying than Wolverine’s “bubs.” Gambit’s garbled Cajunisms never bothered me because I am a sucker for Southern accents. I also found the sparkling chemistry between him and fellow Southerner Rogue to be a Moonlighting-caliber dynamic I would aspire to romantically for the rest of my life.

As the first live-action Gambit, Taylor Kitsch looked the part but was a little wooden in X-Men Origins: Wolverine. Gambit is all about swagger, which Channing Tatum has in, uh, spades (mon cher). I was totally skeptical of Tatum when he was first marketed into stardom, although his willingness to play the love interest in She’s the Man and that he was a professional dancer who did Step Up made him seem immediately more compelling than the average leading man. I held off on Tatum fever all the way until 2012 and his unassailable double play of 21 Jump Street and Magic Mike. He had great comedic timing, was a naturalistic actor, and he could DANCE. He wasn’t just a dumb, good-looking guy — he was a guy who knew people thought he was dumb and used their underestimation of him to his advantage. He excelled at playing the slow hunk with a heart of gold, like Sylvester Stallone.

I think Tatum has a chance of making a great Gambit, and I’m just glad they’re finally shifting the focus away from Wolverine for a minute, and plan on doing more stand-alone X-Men movies in general. Who knows, maybe the movie will be an adaptation of the X-Factor issue where Gambit adopts three adorable kittens.