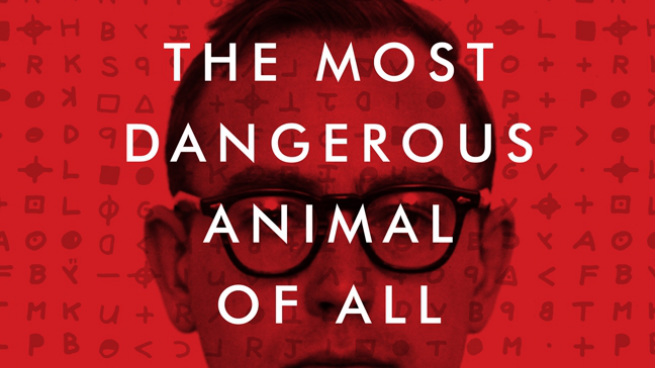 In February, The Awl featured an interesting interview with Tom Voigt, a web designer who maintains ZodiacKiller.com, a site dedicated to all things ZK. The interview was published after a new suspect had been named: Louis Myers, a teenager when the murder spree began in 1968, had supposedly confessed to his friend that he was responsible for the killings while on his deathbed in 2002, explaining that he had been driven to murder following a bad breakup. Myers asked his friend “to tell authorities the truth only after he’d died” and to “write a book of his morbid tales and donate the proceeds to the families of his victims.” Voigt wasn’t swayed by this news. He receives emailed tips every week from sources who flake as soon as he asks for specifics, and Voigt speculates that they’re all motivated by the same thing: a lucrative publishing agreement. “They’re hoping I’ll endorse their theory,” Voigt told The Awl, “and it’ll lead to a book deal. That’s when I usually don’t even respond.”

Voigt doesn’t need to worry about being e-hassled by Gary L. Stewart, the newest member of the group claiming to know the identity of the murderer who claimed to have killed 37 people over the course of five years (only seven have been confirmed by police, including two survivors): Stewart apparently had enough credibility to head straight to HarperCollins with The Most Dangerous Animal of All, in which he argues that the Zodiac Killer was his biological father, the now-deceased Earl Van Best Jr.

New York magazine reports that the proposal was purchased more than a year ago, with the details kept under wraps until its release yesterday. Stewart cowrote with Susan Mustafa (the seasoned true crime coauthor of Dismembered — a book “so gruesome at times, the publisher has placed a warning label on it” — and Blood Bath), who, like Stewart, resides in Louisiana.

The coy description originally provided on Amazon didn’t explicitly name Stewart’s father as the Zodiac Killer, opting instead to refer to him only as “one of the most notorious-and still at large-serial killers in America.” As soon as the cover art was released, however, the bomb dropped in subtitle form: Searching for My Father … and Finding the Zodiac Killer. HarperCollins publicist Tina Adreadis didn’t spill too many beans to New York, either: She did mention that the publisher’s lawyers found Stewart’s 12 years of research into his biological father — Stewart is adopted, and he first heard from his birth mother when he was 39, which is also when he began the hunt to find the individual who had provided the other half of his DNA — to be “legally sound,” though neither the publisher nor Stewart had contacted the San Francisco police to discuss his findings, which he initially recorded in a journal.

The fact that Van Best Jr.’s mugshot (among other things, he was responsible for “forgeries [and] bad checks”) resembles the police sketch of the Zodiac Killer, and that the “chilling psychological profile” The Most Dangerous Animal of All paints includes Van Best’s “disturbing fixations” and an inability “to process his rage,” may be intriguing enough to move hardcovers, but that journal better be packed with solved ciphers if it’s going to stand out from the rest of the false Zodiac identifications. Northern California police officers hadn’t heard of Stewart’s claims until CNN contacted them yesterday, and they refused to comment beyond acknowledging that it would be “something [their] homicide investigators will take a look at” and reminding us that they receive numerous reports that still haven’t solved the case, which remains open. One of the Zodiac survivors, Bryan Hartnell, was also skeptical, saying that “there has been no time in the last 40+ years when someone was not (stirring) the pot.”

For now, amateur detectives are already busy tracing the history of Stewart’s family and its ties to Northern California, digging up his Ancestry.com message trail and dissecting headlines proclaiming that a 28-year-old Van Best had been jailed on charges of “child stealing” for marrying a 14-year-old. There’s also a preview of the evidence presented in the book on Stewart’s website, and Voigt commented on the ZodiacKiller.com message boards that “this has generated a ton of email for me.” But it seems most likely that this is just another false lead, following in the footsteps of all the dead ends that came before it, both solid and flimsy. You can’t always trust someone who contacts a literary agent before he or she calls the police. As an honest philosopher once said, “I don’t tell stories, I let them tell themselves.”

Filed Under: Mysteries, Zodiac Killer, Gary L. Stewart, Tom Voigt, The Most Dangerous Animal of All