Where in the World Is Casey Kasem? 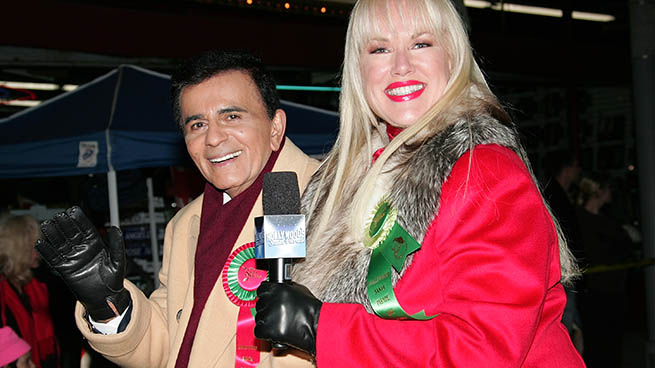 Yesterday, Superior Court Judge Daniel S. Murphy ordered a court investigator and adult protective services to locate the former radio personality and voice actor, granting his daughter Kerri Kasem temporary conservatorship. The elder Kasem, 82, co-founded American Top 40 and hosted from 1970 to 1988, and again from 1998 until Ryan Seacrest took over in 2004. Now in the advanced stages of Parkinson’s disease, he has lost much of his mobility and his speech. He has been under the care of his second wife, Jean Kasem (a.k.a. Loretta Tortelli from Cheers and the sad pre-Frasier universe spinoff The Tortellis), who was represented by her lawyer Craig Marcus at yesterday’s hearing. Marcus claimed that Casey had left the country and that he has “no idea where [Casey] is,” to which Murphy responded “your statements concern me even more.”

Kerri Kasem’s lawyer reportedly proposed a different hypothesis on behalf of the family: that Casey had been taken to a Washington Indian reservation (a fairly reasonable conspiracy theorist might wonder if that’s an effort to create more legal hurdles for the family to clear, or it could just be because even the reservations supposedly disappear from time to time). Casey’s older children, brother, and friends went public with their concerns last October, when they gathered in protest outside the Holmby Hills residence shared by their father and stepmother. Jean had refused contact between Casey and his family for months, and as his former personal assistant explained at the time, “[w]e fear that he’s been isolated and neglected.”

Casey’s daughter Julie and her husband (who in 2007 had been given power of attorney over his health care decisions in the event he was unable to make his own) were the first to file for conservatorship, petitioning Jean’s refusal to provide them with the name of Casey’s physician or update them regarding his health. According to Kerri, the family’s persistence had nothing to do with an inheritance: “My dad told us a long time ago we were not in the will, and we’re OK with that. We’ve known that for years […] I’ve never asked him for anything, nor have I asked Jean for anything.” Julie’s conservatorship was settled with Jean out of court, with Julie and Casey’s son Mike signing an agreement that allowed them visitation rights. But Kerri refused the terms of the document, saying that it “not only treats us like criminals, it treats my dad like an inmate.” Earlier this year, Casey’s three other children (he has one younger daughter with Jean), including Kerri, and his brother Mouner were permitted to visit while he was in a hospital. Both Mike and Julie expressed discomfort with the agreement. Julie stated that, “I am so concerned about preserving my visitation with my dad, and I cherish it so much that I just don’t want to screw anything up. To me, the most important thing is to see my dad.” Casey’s declining health created an urgent concern for his children, who wanted the chance to say good-bye.

Jean has avoided speaking to the media, but she and her lawyer issued a written attack on her adversaries filed during the first conservatorship hearing in November, claiming that they had “single-handedly and irreparably shattered the lives of their father, his wife and youngest daughter, the calm of their home and their neighborhood by engaging in uncalled for public demonstrations and personal attacks in the media […] They are doing so with a professionally orchestrated media and legal campaign that has disgraced their father and vilified their stepmother.” An independent investigation concluded that, as of last fall, at least, Casey was “being well-cared for,” but a short time later one of Casey’s caretakers won $10,000 in a lawsuit against Jean, claiming that she had been subjected to extensive emotional abuse (including accusations of stealing toilet paper).

Last night, Kerri and Mouner told The Hollywood Reporter that they wanted to enlist the public’s help in finding Casey. His friends, daughters, and ex-wife also shared unsettling anecdotes regarding Jean’s control over Casey, including a scenario in which she took him away from the hospital where he’d just received a visit from his children in such a hurry that he still had a feeding tube attached, and one in which a guard monitored the family’s interactions with Casey and texted everything to Jean. But Casey’s physical and emotional state are as much a mystery as his physical whereabouts. He, and his voice, are lost.

Channing Tatum has been confirmed as Rogue in a future 'X-Men' movie. ICYMI, here is why Rogue is a terrible superhero.