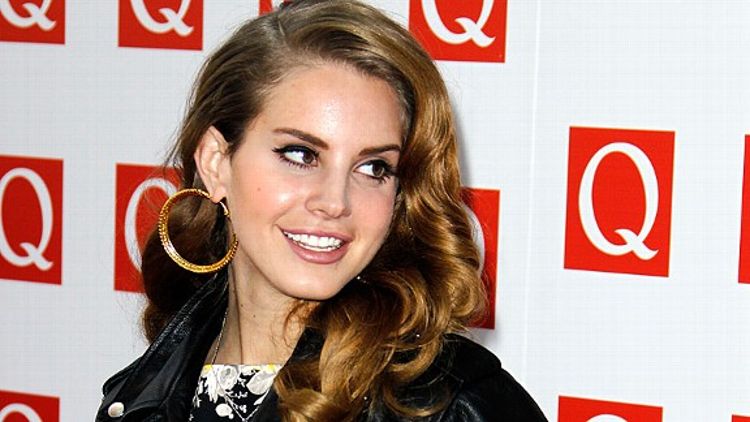 As you may have heard by now, Lana Del Rey played Saturday Night Live this weekend — and she did not exactly kill it. While running through her polarizing Internet hits Video Games and Blue Jeans, Del Rey seemed, frankly, terrified. (Watch the videos below. Beware second-hand awkwardness). The Internet took umbrage, with the worst of it coming from Brian Williams, obvs. The NBC news anchor e-mailed his pal, Gawker chief Nick Denton, to complain about the lack of Del Rey bashing over the weekend: “Do wish the main page featured more TV coverage. Brooklyn hippster [sic] Lana Del Rey had one of the worst outings in SNL history last night — booked on the strength of her TWO SONG web EP, the least-experienced musical guest in the show’s history, for starters.” Del Rey’s debut album, Born to Die, is out in ten days. So is it too late to salvage this thing? Of course not! A few unsolicited pointers from us here at Grantland.

• At home the critics are everywhere, but abroad the love for Lana Del Rey seems more unconditional. Take a look at this Stereogum slideshow for proof: You can currently find Lana pouting/sticking out her tongue provocatively/having a bee hang out on her face on the covers of multiple foreign glossy magazines. Forget all about this little stateside brouhaha, and consolidate the international market. Do they even get SNL in … wherever it is that Tsugi and Spex are published? If Lana insists on still being beloved in the U.S., there’s a chance there, too. I’m of the opinion that Del Rey looked more awkward than she sounded (if you’re going to attempt multiple spin moves on national television, you have to commit). So maybe she can try to reign in the segment of her demographic that was in the other room with the T.V. on while she was doing SNL? The segment of her demographic that was at a party with SNL on mute are, unfortunately, a lost cause.

• Del Rey already has a few more national TV segments booked, on Ellen and The Late Show With David Letterman. There, she can theoretically scrub away any memory of SNL with a virtuoso performance. More importantly: These gigs are the perfect opportunity to cultivate a momentum-regaining beef with Brian Williams. First: Kindly point out that there’s a precedent for musicians whose debut albums haven’t yet been released playing SNL. Natalia Imbruglia did it in 1998, and I don’t see anyone complaining about Torn. (Definitely play up the Torn angle; everyone loves Torn.) Also, Brian Williams doesn’t like your “Brooklyn hippster” ways? Well, then, you don’t like NBC Nightly News! You know who is doing his damn thing right now? CBS Evening News‘ Scott Pelley. So shut it, Williams.

• Guess whose still on Lana Del Rey’s side? None other than Harry Potter. Daniel Radcliffe, who hosted SNL this weekend, had this to say at the BAFTA nominations: “It was unfortunate that people seemed to turn on her so quickly. I also think people are making it about things other than the performance. If you read what people are saying about her online, it’s all about her past and her family and stuff that’s nobody else’s business. I don’t think it warranted anywhere near that reaction.” Thanks, Daniel. That’s a calm, rational, and logical explanation for all intense reaction. Del Rey isn’t the first-ever shaky SNL appearance, but her perma-target-status means her every slip-up is exaggerated; ultimtaely, she’ll be just fine. Now the important part: SNL‘s next musical guest is Bon Iver, fronted by the also-obsessed-about Justin Vernon. If Del Rey can use Radcliffe’s widespread international influence to sabotage Vernon’s performance, all memories of her own failings will be quickly forgotten. Good luck to you both.