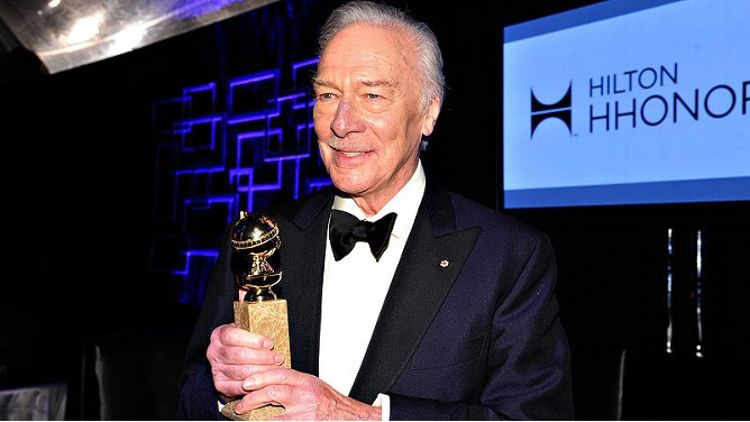 With 1,183 members, the actors branch is the largest single voting bloc of the Academy — and also the most susceptible to sentimentality. I don’t mean on-screen tearjerking (although God knows they go for that); I mean that more than any other branch, actors like to root around for the narrative beneath the nomination — the weary veteran finally getting his moment, the shiny-eyed newcomer who emerged out of nowhere, the funny guy who surprised everyone by being serious, the pretty actress who let herself be ugly. This should make for a grotesque and unfair roster of nominations, and sometimes it does, but happily, there are narratives available for any number of great performances.  To wit:

The field: A few weeks ago, when Albert Brooks was omitted from the Screen Actors Guild’s list of nominees, a Drive publicist experiencing a spasm of overexcitability emailed the press corps the news that “we remain confident that the Supporting Actor race still boils down to a two-man showdown” between Brooks and Christopher Plummer, the 82-year-old costar of Beginners who gets to play a dying gay dad (for the Oscars, that’s like hitting BAR BAR BAR on the slots). The message may have been tactless, but it wasn’t wrong. Of the 33 best supporting actor awards handed out so far this season, Brooks has won 17 and Plummer has won 15. That’s how close this thing is.

(Before I continue: You read that correctly. There have been 33 Best Supporting Actor awards announced in the last six weeks. Which means that I should probably take this opportunity to run screaming from this laptop into a long, hot Silkwood shower and scrub and scrub and scrub away the toxic evil of the fact that we are talking about handing out any more awards to actors, ever. Did you know there are ENTIRE ADULT PROFESSIONS for which no prizes are given? Google it. It’s sobering.)

We’ll have weeks to parse whether the more compelling narrative belongs to Brooks (the funny guy who effortlessly switched to being the evil guy, and also the only contender to run a meta-campaign on Twitter) or to Plummer (the witty and overdue master thesp who survived The Sound of Music). For now, suffice it to say that the only pre-nomination suspense in this category is who will be joining them. One prospect is Nick Nolte. For those of you keeping score, he won the only best supporting actor prize this year that wasn’t snatched up by Brooks or Plummer (thank you, San Diego Film Critics!), and his role in Warrior, as a washed-up, worn-out boxing trainer, trails decades of Academy history. There’s always been room for a corner man in this category, from Burgess Meredith in Rocky to James Gleason in Here Comes Mr. Jordan. As for narratives, Nolte himself has looked to be down for the count more than once, which gives this modest comeback just the subtext it needs.

So far, that makes the average age of our nominees a spry 72—so why not raise it with the addition of 82-year-old Max Von Sydow, who gives the one performance in Extremely Loud & Incredibly Close that might break through apparent voter indifference? The part has a gimmick—the character is mute—but Von Sydow finds a much greater range of expressiveness within it than, oh, any number of other silent performances it would be impolite to identify at the moment. On top of which, it’s a chance to nominate the man who starred in The Seventh Seal! However, voters may choose to recognize movie history another way, with a hat tip to Kenneth Branagh for his portrayal of Laurence Olivier in My Week With Marilyn. As an imitation, the performance gets a B, but as a concise and adroit essay on actorly vanity, it sings, and could easily hit the votership where it lives without hitting hard enough to hurt.

How about some new blood? Jonah Hill impressed just about everyone by showing how funny and smart he could be even when almost completely muzzled in Moneyball, but thanks to The Sitter, he may have to worry about what’s come to be known as “the Norbit effect” (named for Eddie Murphy, who is thought to have scotched his chances at a Dreamgirls Oscar by starring in a stinker during voting season). If that kicks in, Hill’s nomination could go to another funny guy who demonstrated unexpected chops, Young Adult’s Patton Oswalt. (By the way, if you don’t believe this guy’s the real thing as an actor, rent Big Fan immediately.) Oswalt has worked—but not overworked—the trophy circuit with great charm. If more people liked the movie, he’d be a lock.

History suggests you can sometimes win a best supporting actor nomination by looking effortless when your leading man looks effortful (remember how the only actor in The Departed to score with the Academy was Mark Wahlberg?), and this season’s beneficiary could be Armie Hammer, who walked away from J. Edgar unscathed even by the year’s worst makeup. Finally, there’s still the question of whether the actors branch is yet ready to embrace performance-capture and nominate Andy Serkis for Rise of the Planet of the Apes. The answer: Not if they can find five other performances. And this year, they can.

What I’m probably wrong about: Brooks and Plummer have so dominated this field that there’s room for a surprise here—whether it’s Von Sydow elbowing someone aside or a random shocker like Alan Rickman or Ben Kingsley.

In my dreams: The random shocker turns out to be Brad Pitt for The Tree of Life.

In my nightmares: The random shocker turns out to be Brad Pitt for Happy Feet Two.

The field: In contrast to Best Supporting Actor, this race has been enjoyably all over the place, with nine different actresses dividing those 31 preliminary awards—and one of those nine splitting her own awards half a dozen different ways. Not since Meryl Streep appeared in The Deer Hunter, Manhattan, The Seduction of Joe Tynan and Kramer Vs. Kramer in a 13-month stretch has a young American actress had an arrival year like Jessica Chastain. Of the ten prizes she’s picked up so far, some have been for The Tree of Life, some for Take Shelter, some for those two films plus The Help, and some for her entire 2011 body of work, which also included Coriolanus, Texas Killing Fields, and The Debt. While I’d love to see her nominated for her lived-in, deeply felt work as Michael Shannon’s wife in Take Shelter, all indicators suggest that actors are going to recognize her for The Help, alongside apparent frontrunner Octavia Spencer, with whom she shares most of her scenes. Arrival nominations like these are a longstanding Academy tradition, and for some reason, voters like to hand them out to women more than men—maybe a little too promiscuously in this category. Abigail Breslin, Rinko Kikuchi, Hailee Steinfeld, Anna Kendrick, Taraji P. Henson, Saoirse Ronan, Sophie Okonedo, Kate Hudson—it seems lazy to turn Best Supporting Actress into Most Promising Newcomer, but that’s been the pattern. And while nominations for Chastain and Spencer would be well-earned, I’m a little surprised that the trend is likely to extend to The Descendants’s Shailene Woodley (it’s a lovely performance, but an Oscar nomination feels premature) and, thanks to all that amour for The Artist, Berenice Bejo.

If you add Melissa McCarthy to the mix for her colossally funny work in Bridesmaids, you’d have a Best Supporting Actress roster composed entirely of first-timers (it’s happened before, most recently in 1999, when the newcomers on whose futures the Academy was betting included Angelina Jolie, Toni Collette and Catherine Keener). That lineup is entirely credible—but what happens if, say, Chastain is unlucky enough to knock herself out of contention by splitting her voters, or if Academy members decide it’s too soon for Woodley, or they get all prim about Bridesmaids? The category doesn’t have a deep bench, but on it sit some impressive veterans: Past nominees vying for a return include Janet McTeer, who arguably walks away with Albert Nobbs as a swaggering cross-dresser; Carey Mulligan, whose talent and commitment are undeniable even if she still hasn’t finished singing “New York, New York” in Shame; Amy Ryan, whose tough, warm performance as a Jersey mom who takes no crap in Win Win should have figured much more prominently in awards conversation this year; and Vanessa Redgrave, going for her seventh nomination as the monstrously shrewd Volumnia in Coriolanus (this is the extremely rare Oscar movie that Harvey Weinstein can be accused of underselling). True, Redgrave is no Shailene Woodley, but maybe voters will give her a chance.

What I’m probably wrong about: Omitting McTeer, who could knock anyone but Spencer out of contention.

In my dreams: The astounding performance of Margaret’s Jeannie Berlin, which contains the best “I’m going to tear you a new one” monologue in any movie this year, gets recognized.

In my nightmares: I’m going to try to preserve some remnant of human dignity and say that I don’t have nightmares about silly stuff like Best Supporting Actress. Best Actress, however, is another story. We’ll get to that tomorrow.