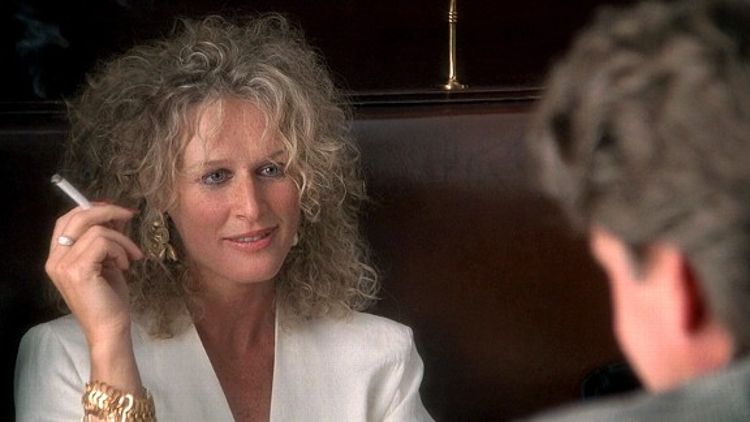 Just like serial killers, sociopathic children, and nudists, celebrity stalkers are much more fascinating when viewed through an artistic lens. A real person with a serious mental illness is not so much fascinating as he is sad. The people who stalk their psychiatrists, their exes, and, of course, celebrities and microcelebrities range from the seriously confused to the dangerously delusional, but the fear-inducing capabilities of a stalker may be misleading. According to The American Journal of Psychiatry, “Stalkers who are strangers and overtly mentally ill produce the most fear in victims, but those who assault are most likely to be rejected ex-partners.” Maybe that’s why Fatal Attraction is more chilling than The King of Comedy.

The most interesting aspect of stalking is the fabricated relationship between victim and perpetrator that plays out in the mind of the stalker: a monologue misinterpreted as a dialogue, an emotional parabola with a blank Y axis and no explanation for the optimistic peaks and seething-anger valleys. To be stalked entails splitting into two and occupying dual dimensions, the one where you make your own decisions and form your own relationships, and the less savory dimension where you interact with your stalker in his or her own mind like Evie Garland’s alien cube dad in Out of This World. Knowing that your likeness has been rendered a pawn in someone’s all-consuming Sims game of life is absolutely terrifying, a horror made more accessible when experienced by proxy — when you don’t have to consider the life of a seriously mentally ill person on the other end, one whose prospects for effective treatment are awfully bleak. To create a believable fictional stalker is to grant us access to a warped and delusional world without necessitating sleeping beside a butcher knife and acknowledging that the monster is a sick person. Horror and pity are best served as separate courses, with a nice refreshing lemon sorbet in between. These are my favorite fictional stalkers, soup to totally fucking nuts.

The King of Comedy

Stand-up comics are inherently terrifying people. Not only are their performances solo re-creations of often-exaggerated interactions consisting of more than one person (performative stalker playacting!), but they practice in basements, and even the nicest-seeming comedians exhibit symptoms of megalomania. (Remember when Louis CK thought he could buy that town house? He’s a delusional “town-house person!”) Rupert Pupkin (Robert De Niro) is one of the most likable stalkers ever created, maybe because what he wants isn’t to destroy his idol, Jerry Langford (Jerry Lewis), but to use him to launch his own career by hijacking a portion of Langford’s show. He’s chasing celebrity instead of chasing a celebrity — which I guess matters little when he’s willing to kidnap Langford to get what he wants. Sandra Bernhard as Masha the groupie, Pupkin’s accomplice, is so awesomely over-the-top that it reminds me of how often real stalking cases are punctuated by cuckoo details that are funny ha ha when stripped of the context of imminent bodily harm. Remember when George Harrison’s stalker sneaked into his house to make a pizza and do her laundry? Stalking that toes the line between criminal behavior and the kind of ambition that it takes to get what you want makes obsessive thinking seem a lot like using The Secret really, really well. SPOILER ALERT: Pupkin is one of the few stalkers who actually gets what he wants, and watching it makes you want to destroy your motivational DVDs in a barbecue pit (you should do that anyway).

Duh. The jilted ex-lover is the most dangerous example of a stalker, and the least crazy of the bunch because you actually invited her into your life when you mistook her for someone who was up for a passionate, no-strings-attached romp in the kitchen of her magnificently ’80s New York apartment. Her delusion was born of your sex drive’s miscalculations, and she has real images of your naked body on which to fixate. Is Fatal Attraction more terrifying in retrospect because of the fact that it played out later in Michael Douglas’ real life when Dawnette Knight made death threats against Catherine Zeta-Jones after insisting that she’d slept with the actress’s husband? No. It’s the fact that after Glenn Close was done with the bunny, she graduated to attempted puppy genocide.

The Crush displaces Swim Fan on this list for two reasons: First, I remember being confused by how the “Crazy” Aerosmith music video was shot and thought for many years that Alicia Silverstone’s character had gone bungee-jumping from a cord suspended by her new bellybutton ring, cementing her in my mind as the looniest fresh face of the ’90s, and, second, bees are used as a weapon in this film. Being in a rented guesthouse is a very vulnerable situation, especially if there’s an unhinged teenager living in the main quarters: All your stuff, your hard drives and doodads, are available for your stalker to tamper with and frame you, plus your terrorist (being an unhinged teenager) can manipulate your landlords into believing that you’re the crazy one. If you don’t want to end up like My Girl, you should rent a studio instead.

This movie is the reason digital photography exists. Sy Parrish (Robin Williams) becomes obsessed with the entire Yorkin family after years of developing their photos at the SavMart. Of course he keeps copies of the snaps for a creepy shrine in the apartment he shares with his hamster — why wouldn’t he? A stalker without a photo collage held together with false relationships and Blu-Tack isn’t worth his salt. Sy is a kind of vigilante stalker, which is to say he feels strangely sympathetic to and protective of his victims, and his actions only turn dangerous when he feels as though he’s witnessed a misdeed against them. That’s not a good reason to terrorize people in hotel rooms, but at least he wasn’t reenacting a scene from Funny Games. Robin Williams is so great in this movie, so scary and pathetic and pale, that I can’t watch Patch Adams without getting the heebie-jeebies. (That was true before, but more so now.) I always knew there was something funky about people who want you to call them “uncle” even though you’re not related. If someone does this to you, peep around their apartment next time you’re visiting and scope for shrines of your likeness taken with a telephoto lens.

Play Misty for Me

Do people really stalk DJs? They do! When you think about it, it must be pretty easy for delusional fans to become stalkers of the disembodied voices on the radio waves: The isolated figure in the soundproofed booth speaking just to you, playing stalker-friendly tunes like “Misty” (“Don’t you notice how hopelessly I’m lost/That’s why I’m following you”) as though they’re on the level. Stalking a disc jockey is probably the vintage equivalent of stalking a blogger, because they’re personalities who need to affect a certain willingness to connect with strangers in order to keep the content moving along. I think the worst place to be stalked would be Carmel-by-the-Sea. The last thing you want when you’re looking over your shoulder is to be distracted by otherworldly sunsets and ocean vistas; you need to be on your guard, but there are all those damn deer roaming around and blinding-neon bougainvillea.

In 2003 Stephen King was stalked by a Czech man who left him helpful notes to indicate that he was “driving time to time around your house” and asked for King to leave a flag on his house to invite him in, kind of like a foreign vampire. Misery puts the whole stalking thing into perspective: Any stalker would be a lot more dangerous if he or she were a nurse practitioner. Nurses are varsity-level torturers, if driven to it. The other interesting thing about Misery is that Annie Wilkes (Kathy Bates) isn’t idolizing her victim, Paul Sheldon, the author of the Misery Chastain series of novels, but the novels themselves. What really rankles Annie is the fact that Misery Chastain isn’t real, so she tries to pry Sheldon’s fiction from his brain and manipulate it so that it satisfies her. That’s metadelusional. Also meta is the fact that (SPOILER) Paul eventually attacks her with a typewriter — which doesn’t kill her, so he has to bludgeon her with a little pig statue. Is that a commentary on the death of the novel?

This album is all about stalking and celebrity, from “What’s the Frequency, Kenneth?” (referencing Dan Rather’s mugging by a man later identified as William Tager, who may not have been a stalker, but definitely had a problem with network television figures — he was later incarcerated for killing an NBC stagehand) to “King of Comedy” (first titled “Yes, I Am Fucking With You”) and, of course, “Star 69” (the most haunting song ever penned about not having caller ID). “Strange Currencies,” though, is the most explicitly stalkeresque: “Ring you up, call you down, sign your name, secret love/Make it rhyme, take you in, and make you mine.” No thank you. By the way, I like this series of photographs about stalking Michael Stipe; were these taken by Sy the photo guy?

The Winslows were always very permissive with their neighbor Steve Urkel — who as far as I’m concerned should have been paying rent — and his persistent efforts to romance their daughter Laura. When he made a cameo on Full House, however, his character seemed a little more threatening. “If he asks where we are, we were never here, and we’re never coming back,” says D.J. Tanner before Urkel comes screeching through the door. When Urkel hears that the ladies aren’t coming back, he says, “That’s OK. I’ll wait.” Then he goes into the kitchen to stalk some cheese. Adults seem taken with Urkel, probably because they assume he’s harmless. But is he? Cyberbullying didn’t exist in its current form in the TGIF days, but now it looks a lot like an adolescent form of stalking. “I have pictures of you I will post online, secret pictures! If you try and report me I will hack into your computer!” and, “I know where you live and how to get you when you’re alone!” — examples of cyberbullying typed in scary yellow on this website — sure look a lot like regular, old-fashioned adult stalking. Maybe if Urkel had had a Facebook account, the Winslows would have invested in a dead bolt.

Previously:
Hater’s Guide: The Case Against The Descendants
The People Who Hate Glee Creator Ryan Murphy
American Horror Story: The Finale
The Survivor Finale: In Praise of Sophie