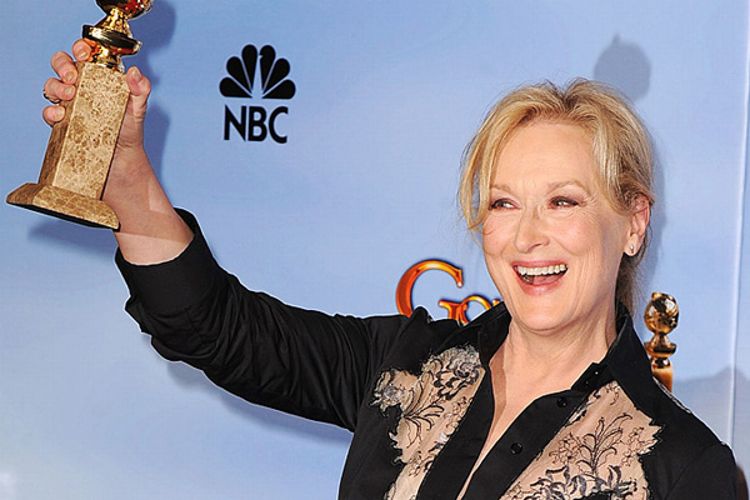 Some years, it’s a stretch to come up with five decent candidates for Best Actress; such are the seemingly permanent inequities of the movie business. So it’s a pleasure to report that, despite a deeply problematic set of films, this year’s field is actually stronger than the roster of Best Actor candidates — the women contending for nominations this year did more with less. (But why should they have to? That’s another story.)

The field: Three actresses are in, and three more are vying for the final two spots. First, the sure bets: Viola Davis, Meryl Streep, and Michelle Williams. Down the road, it’ll be fun to talk about who’s the front-runner and why, but for now, let’s simply note that each of these women is working at a level of excellence that is edging them toward the Oscar record books. Streep, of course, is already in there — her expected nomination for The Iron Lady will be her 17th, and perhaps even more impressively for a 62-year-old actress, her fourth in the last six years. Even if the movie never showed us Thatcher in action as prime minister (and it barely does), just the scenes of Streep playing an octogenarian suffering from dementia would guarantee her a spot (and let’s give credit to Iron Lady’s makeup and hair team for doing right everything that J. Edgar did wrong).

With a nomination for The Help, Davis will become only the second African-American actress in history (following Whoopi Goldberg) to be nominated twice; as many critics have noted, one of the most brilliant elements of her work is that while she’s on-screen, she seems to be acting in the tougher, sadder, more serious and heartbreaking movie that The Help should have been — yet she never feels like she’s working against it.

As for Williams, who has actually won a greater number of preliminary awards than either of her two main competitors, but still feels like she’s in third place right now, her work in My Week With Marilyn is a beautifully layered depiction not just of Monroe, but of Monroe trying to play “Marilyn” both on-screen and off. It’s a good thing voting ended when it did, since the movie itself is fading from the conversation perilously fast, but Williams is still likely to become the first actress in 30 years (since Jessica Lange did it for Frances) to win a Best Actress nomination for playing another famous actress. And if she does, she’ll become the first American actress since Jodie Foster to score her third Oscar nomination before turning 32.

The apparent favorites for the final two slots are a pair of past nominees in movies that almost nobody has seen. I’ve written before about the importance of personal narratives in getting a nomination, but it’s always dangerous when the narrative outweighs the movie itself, and that may be the case with Glenn Close. Her Albert Nobbs campaign comes with a great backstory — she first played the role of a repressed woman who spends her life disguised as a man 30 years ago onstage, then strove for the last 15 years to get a movie made; on top of that, she’s an immensely respected five-time nominee who has never won and hasn’t had a nomination in 23 years. But the movie itself (which isn’t in theaters) is a drab piece of work, and part of the integrity of Close’s performance is that it contains not a single flashy “Oscar” moment; she moves her facial muscles less than Ryan Gosling in Drive, and that could be a problem.

Tilda Swinton has more to do in We Need to Talk About Kevin as the mother of a school shooter (not a spoiler; that plot point and her performance are the movie’s only reasons for being). But like Close, her fate with the Academy rests entirely on the hope that members of the actors branch watched the DVD — and that those who did weren’t turned off by the movie’s combination of art-film longueurs, horror-film luridness, and preposterous plotting (apparently not a single relative, friend, social worker, or teacher ever notices anything is amiss with a kid who all but has “666” tattooed on his scalp). The Cult of Tilda is not to be underestimated; she’s an actor’s actor, as her underdog 2007 win for Michael Clayton proved. But Kevin may test the patience of anyone who isn’t a devoted adherent.

So there’s opportunity here, but it’s not likely to be seized by an actress in yet another difficult and underseen movie, which means that as much as I’d like to make the case for the stunning work of Kirsten Dunst in Melancholia (winner of the Best Actress prize from the National Society of Film Critics) or for Anna Paquin in Margaret (who topped a Village Voice poll of 95 critics for Best Actress), it’s just not happening. For the same reason, we can probably rule out Elizabeth Olsen in Martha Marcy May Marlene. I thought Charlize Theron was fantastic in Young Adult, giving the best comic-sociopath performance by an actress since Nicole Kidman in To Die For, but beautiful women playing comic sociopaths don’t tend to go over well with older Academy voters (that’s probably why Kidman wasn’t nominated, either).

What could shake up this roster of veterans in earnest small movies is a newcomer in an ultra-flashy role in a high-profile hit that grossed $80 million during the three weeks before voting ended: Rooney Mara in The Girl With the Dragon Tattoo. Momentum for the movie built remarkably in the weeks before voting ended, with nominations from guilds representing producers, directors, writers, cinematographers, art directors, and editors. (The Artist and Hugo are the only other movies to pull off that clean sweep this year.) It’s no secret that Fincher put his untested star through the kind of punishing how-much-can-you-take workout — the piercings, the nudity, the physical transformation — that actors often like to reward. If Oscar voting were still open, she’d have the nomination secured. As it stands, I say she squeaks in by a bleached eyelash.

Rooney Mara, The Girl With the Dragon Tattoo

Tilda Swinton, We Need to Talk About Kevin

Michelle Williams, My Week With Marilyn

What I’m probably wrong about: Close could easily knock Swinton or Mara off the list.

In my dreams: See Dunst, Kirsten, above.