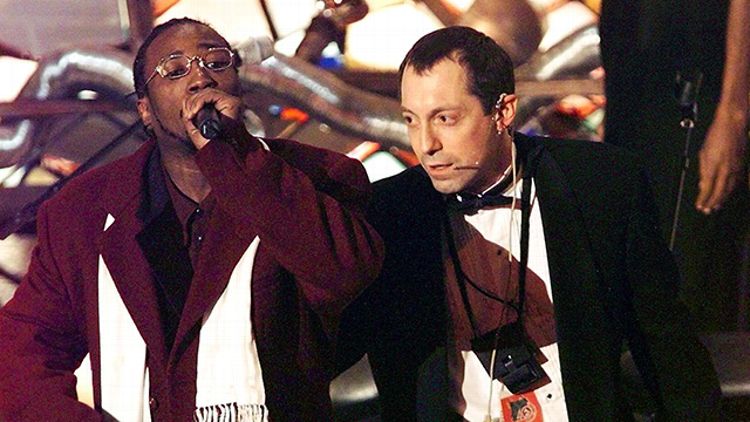 We’re now waist-deep in awards season, and the Grantland staff would like to take this opportunity to remind all the Oscar, Grammy, and Golden Collar nominees out there that should they have to step up to that podium and take that mic on national television, they owe it to themselves to study up beforehand and see how the pros handle it. Here are our favorite awards show acceptance (and unacceptance) speeches from all corners of the entertainment world.

Alex Pappademas: I thought I had every aspect of this moment — in which Ol’ Dirty Bastard nonsensically Taylor Swift–boats neo-folkie Shawn Colvin to make the (entirely correct) statement that “Puffy is good, but Wu-Tang is the best” — committed to memory, from The Outfit That Costed A Lot of Money Today to the implication that Sean Combs was in some way anti-children. But it turns out I’d forgotten a couple of things about it. To wit:

1. The way Wyclef says “Brook-LYN!” while doing the air-drumroll, thereby basically daring any representatives from the Brooklyn Zoo in attendance to not bum-rush this shit.

3. The endearingly dorky “I won a Grammy!” head-bop dance Shawn Colvin does as she makes her way to the front, and her reaction as the spotlight (and, at least in this clip, the camera itself) pans immediately and decisively to the right, abandoning her and her writing partner, Miles from Murphy Brown, to focus on Ol’ Dirty. Best Awards-Show Direction of an Awkward and Extremely Ad-Hoc Duo or Group! I would love to know what Clef’s saying to Shawn over there in the dark; I’m guessing it’s something along the lines of “Don’t worry, there’s virtually no chance this situation will be the only reason people remember who you are in 2013.”

4. The fact that the first thing Ol’ Dirty says when he gets his hands on a microphone — and let’s pause here to thank whoever left a hot mic just lying around for him to pick up and talk into, perhaps the poised-yet-puzzled Grammy-hander-outer lady in the green dress — is “Please calm down.” OL’ DIRTY BASTARD DEMANDS ORDER.

4A. Speaking of order, it’s pretty excellent that the person they eventually dispatch to deal with this situation is a flustered-looking white man in a tuxedo and a headset, who immediately takes charge by moving a stool a few inches to the right.

5. “I’d like to thank the gentleman from Wu-Tang for that clarification.”

Dan Silver: This is one of the most bizarre and touching moments from any awards show … ever. Just three years removed from playing über bad-ass Marcellus Wallace, Rhames blubbers like a baby onstage after winning Best Actor in a TV movie for his portrayal of Don King. Then he proceeds to give his award away to Jack Lemmon. Because as he says, “acting is about giving.” In my opinion, Lemmon is the greatest actor who ever lived, so I’m all for giving him more awards. Especially given that this impromptu Golden Globes moment is one of his best performances.

Brian Phillips: There are two kinds of people in the world, and both of them find this annoying.

Charles P. Pierce: You can keep your non-political acceptance speeches. Give me the golden era when everybody had a cause. Give me the guys who made Hearts and Minds, reading a congratulatory telegram from the Viet Cong. And give me Vanessa Redgrave here, accepting her award for Julia, with Jane Fonda and Tom Hayden applauding in the audience, calling out “a small band of Zionist hoodlums,” while later — in a clip I could not find, alas — Paddy Chayefsky comes right back over the top at her, saying: “I would like to suggest to Miss Redgrave that her winning an Academy Award is not a pivotal moment in history, does not require a proclamation, and a simple ‘Thank you’ would have sufficed.”

Chris Ryan: George Clooney wins for the greatest weight gain in American acting history (other than De Niro-LaMotta) and proceeds to psychologically impregnate everyone watching at home.

Michael Fassbender’s Penis: It’s by now the hoariest of awards-season clichés to say, “It’s an honor just to be nominated,” and, in most cases, a borderline dishonest one. But let me tell you: It was a sincere, high honor not only to be included in the same category as the legendary George Clooney at last year’s Golden Globes, but to have George graciously dedicate a portion of his speech to recognizing my work in Shame. Yes, Shame was a coming-out party of sorts, but hungry, up-and-coming genitals reach an entirely new level of respect when someone like George singles you out for praise in front of an audience of your peers. And he’s as great a guy as everyone says — at the after-party, he called us over to his table and we had some laughs, like when he laid me out on the table next to his new Globe, and when he leaned over to a waitress and said, “Bring us 10 bottles of your most outrageously expensive champagne. And put it on that enormous dick’s tab.” Always a prankster, that one.

Would I have liked it if we’d won that night? Of course. Everyone likes to win. Always a penis-bridesmaid, right? But some things are more valuable than an ultimately meaningless award. Like George Clooney celebrating your intimidating girth with the entire world. Not every Hollywood superstar is comfortable enough with his just-OK manhood to do that.

Amos Barshad: According to the official bio of legendary Swiss filmmaker Nathanial Hornblower (who, as everyone knows, had all the ideas for Star Wars):

His life really began to take shape at age 10 when he took his father’s 8mm camera and created his first short film. He called it “My Drunken Toenail” … Nathanial’s mother sent his short to the Film Academy in Geneva
thinking that they were a lab that would develop the film and send it back. But in a bazaar [sic] series of misunderstandings, they took “My Drunken Toenail” as an application for admission and young Hornblower was accepted … [he] became the youngest student to ever attend the Academy … With all the attention and unlimited access to filmmaking equipment, he went balls out in an attempt to revolutionize the very concept of filmmaking. He would scream at the reels of film saying that his emotions would be transferred into the film. He would pee on the film and dance around the projector while it was showing his movies.

Needless to say, things didn’t really pan out. His films met with mediocre reviews, and in general his peers thought him a bit much. He made wild claims often telling fellow students things like “you are all biting my style” and “don’t be a hater” or even “I am the winner!!”

Steven Hyden: “Wow, I don’t know what to say. I guess, I guess the only thing I can say is that celebrities at award shows will keep rockin’ and rollin’, making better acceptance speeches. Sometimes these acceptance speeches, they’re considered filthy by some people, but I don’t think that’s true. These speeches celebrities make, they can be better. They can help, I really mean that. We can always do better. I’m gonna keep tryin’ if you keep tryin’. Let’s keep rockin’ and rollin,’ man.”

Rembert Browne: The two lines “I’m excited as fuck right now, yo,” and “I wanted this shit since I was 9,” plus his mom going crazy in the audience, makes this a very happy moment, as well as a huge moment for tie-dye.

Tess Lynch: Mickey Rourke sure delivered some speech doozies on the awards circuit for The Wrestler in 2009 (like thanking Melissa — er, Marisa Tomei for showing her ass, in this video from the Independent Spirit awards that is also notable for closed-captioning “Eric Roberts” as “sharecropper”), but his Golden Globes acceptance speech is the best (“sometimes, when a man’s alone, all you got is your dog”). It’s always interesting to see the celebrity veneer crack during acceptance speeches, but Mickey Rourke is a naked soul — he’s already a peeled hard-boiled egg of a man, and you don’t get the vibe that he was practicing this in front of the mirror the night before. He’s either the antithesis of mindfulness or the spokesman for it; when Darren Aronofsky flipped him the bird as Rourke thanked him, I thought of mishearing the lyrics to Bruce Springsteen’s “The Wrestler” as “have you ever seen a one-legged pony in the field so happy and free.” You only need one leg to stand at a podium and accept a Golden Globe. Loki-less, greasy-haired, and night-sunglassesed, Rourke said thanks for letting him be himself. Amen, brother.

Bill Barnwell: Voletta Wallace’s heartbreaking speech on behalf of her son is, rightfully, the first thing that pops up when you Google “Big up to Brooklyn.”

Bryan Curtis: Not for anything she said. For the 15 seconds of smiles and swallowed gasps and ragged breathing that screamed, “I’m 11 years old!”

Emily Yoshida: I feel like when this went viral-ish a couple years ago not nearly enough credit was given to the giggling metal guys in the cutaway for their contribution to this video’s very strong argument that everyone in Sweden is cooler than you.