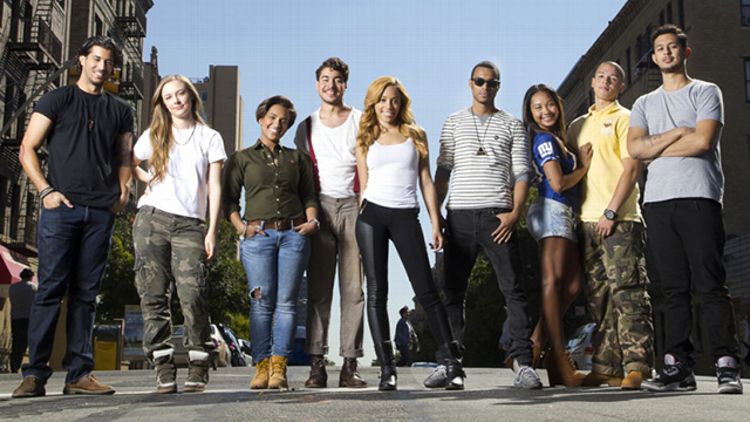 Washington Heights, the working-class Dominican neighborhood in the upper reaches of Manhattan, is the kind of place where dudes sell gym whistles on the street. During a walk down St. Nicholas Avenue on a recent unseasonably warm winter weekday, the sidewalks were choked with street-business scratch: buckets of fruit and vegetables, stands of carnes fritas, combo perfume/leopard-print-lingerie/toothbrush spots. One woman was serving up fresh-squeezed orange juice out of a makeshift supermarket cart; one guy was bumping finger-picked guitar tunes while pushing books on meditation. And then there was my dude with the whistles: He just had himself a little coat-rack thing, and a whole bunch of whistles.

That concept of “hustle” has long been ingrained in Washington Heights. In the mid-’80s, this neighborhood was the largest wholesale drug market in the country. The crack boom, a shared language with Colombian suppliers, plus the optimized geography of their neighborhood — equally accessible to New Jersey and downtown Manhattan — meant that a lucrative life as a middleman was readily accessible for those in the Heights. “Operating independently,” the New York Times reported of the era, “four or five drug crews might share a single block, their street peddlers swarming over cars with out-of-state plates, vying for market share literally side by side.” By the end of the ’90s, though, NYPD and community action (some residents banded together to buy their apartment buildings, then booted out known dealers) had transformed the neighborhood into the boisterous, multigenerational scene it is today.

Unlike Queens’s Flushing or Jackson Heights, Washington Heights isn’t fetishized and proudly trekked to for its ethnically authentic cuisine. Post-grads seek it out for cheaper rents, but not at the same rate as they do Brooklyn’s Bushwick or Crown Heights. Most New Yorkers probably haven’t been, and certainly couldn’t tell you much about it. It’s its own entity, isolated and preserved. Which makes the existence of Washington Heights — MTV’s cinematically lush new docu-drama, which follows a crew of photogenic, preternaturally hip young strivers as they go about, you know, making it — all the more curious.

The show arrives in the post–Jersey Shore vacuum, and it’s clear what MTV’s motivation is: It’s looking to package and polish another American subculture for consumption. The idea isn’t to re-create the antics of Jersey Shore; that’d be more the job of Buckwild, which premiered a week before Washington Heights and rotates around a crew of proudly hick West Virginians, who live every week like it’s “Surge commercial week.” What Washington Heights offers is a particularly MTV-ified filtration of the neighborhood’s natural ethos — now, instead of lifers humping out a few extra bucks on chilly street corners, it’s artsy cool kids blitzing their way through fashion shows, art galleries, recording booths. So is MTV just presenting a subculture? Or are they, with heavy consideration for the demands of their demographics, defining one?

Meanwhile, you can imagine the people of Washington Heights checking out the pop-soundtracked trailer and seeing the hashtag-riddled posters and wondering when, exactly, their neighborhood got so hip.

“We gotta be the guardians,” says JP, who’s not only the de facto leader of the crew, but also a producer on Washington Heights. “We gotta let whoever the hell moves up here know: You better have a fucking cross, adobo, loud music in your house. You better have some kind of culture or you can’t live here. Just get on your motherfucking train and go downtown … I’m sorry, I keep cursing.”

It’s the day before last week’s premiere, and we’re uptown having lunch at La Casa De Mofongo, a neighborhood staple (it boasts the requisites for big restaurants up here: a space large enough to accommodate an impromptu bachata dance floor; also, despite overtures toward fanciness, a separate, bustling takeout counter slapped with, like, Wisin Y Yandel flyers). Spread around a long table covered with Ensalada de Pulpo and Camarones Al Ajillo is the cast, who’ve known each other since they were kids. They landed Washington Heights when JP hatched the concept, shot a sizzle reel, and pitched it to MTV. That was two years ago. Now, considering how the show’ll land, they’re fidgety and demure. On the topic of the Heights itself, though, they can’t cut each other off fast enough.

JP: “I swear to God downtown at like a high-rise, that person’s out of sugar, that person will go to the store before he goes next door and … ”

Ludwin: “I have friends that come up and they’re really jealous. ‘Dude you come outside you say wassup to everyone, and where I live I don’t do that at all … ‘”

Fred: “We have a neighbor that comes in through our window. He puts a light through the window so we see the flashing light then we pull up the sheet and he comes in.”

“People of Washington Heights are really proud of our town,” JP says. “They don’t wanna be misrepresented, or represented at all. It’s like, ‘this the last bit that we have — damn, y’all exposing it?’ But it has to be exposed. ‘Cause the world is dying. There’s no culture no more. Everywhere you go there’s just big-ass buildings.”

It’s not hard to believe that the cast is earnest and true in wanting to put their neighborhood on. They’re also quick to point out that, whatever the hell Washington Heights is, it’s not an all-inclusive representation; they talk about how, while most people their age are out clubbing, they’re home having painting parties. And more or less, the idea of Washington Heights as a modern cauldron of creativity and art is one part aspiration, one part camera-friendly invention.

Ludwin’s an aspiring artist, Reyna’s an aspiring pop singer, Frankie’s an aspiring spoken-word poet, JP’s an aspiring rapper (his stage name is Audubon, not so much for the famed 19th-century ornithologist as for the street JP was raised on). Are any of these people actually talented? I cannot, with clear conscience, say conclusively that they are. In the first two episodes, we hear Frankie recite a short poem; we hear Ludwin talk about art school. JP’s grind is most central: He makes cornball Drake-lite sunglasses-at-night jams, and both episodes revolve around whether shows he’s organized will go over well. SPOILER: They do.

But the content they produce is so beside the point: The only important thing is that they’re doing something.

“We have to put that on the air,” Shannon Fitzgerald, MTV’s senior vice-president of series development, remembers thinking after watching JP’s early footage. “It’s really gonna inspire other kids.” This kind of general, all-purpose aspiration — ambition for ambition’s sake — is part of MTV’s brand. This is what MTV thinks kids (rest my soul, I shall not use the world “millennials” non-ironically) are into these days. I have no idea. Maybe they’re right.

When it comes to Washington Heights’s other legacy — as the former Crack City — the show skirts the edges. One of the story lines follows Jimmy, whose father is in prison on drug charges, and who himself was briefly locked up for the same; he has now righted his path and is pursuing professional baseball. Meanwhile, characters toss out ambiguously grim one-liners like “We made it through another week in the Heights” and “In the Heights you don’t get a second chance.” And, during at least one scene, the camera lingers on a row of sneakers tossed, elegiacally, up on power lines.

“What do people wanna know?,” JP says, kicking off another jag of overlapping chatter. “I gone to jail four times for marijuana. Everybody’s been locked up.”

Ludwin: “Kids here think hustling is cool. You wake up and you go outside and you do it right in front of your building … ”

JP: “You be chilling and make $500 a day, but the next day you get bopped and go downtown for some bullshit … ”

Ludwin: “Now your parents that came from DR that don’t even know English are going all the way downtown to talk to English lawyers … ”

JP: “People in Middle America have a bigger problem with prescription drugs than we do. All we do around here is smoke weed.”

Frankie: “Kids in Russia are doing Crocodile. It makes your flesh melt!”

Reyna: “They expect us to show the hustle on camera, but a lot has changed.”

Taylor: “Plus, if we were to show drug dealers on camera, that’s like snitching … ”

Supposedly, Weezer got signed to a major label deal because of Nirvana. As the story goes, after Nevermind hit, majors wanted anything “alt”; in the ensuing sweep, Weezer, despite not having anything to do with Nirvana, got caught in the net. Jersey Shore and Washington Heights kind of have the same relationship. No, MTV slotting new subculture shows after the death of Jersey Shore wasn’t an accident. But Washington Heights’s debt to Jersey Shore is in general “subculture exposition” framework only. And so if Washington Heights ends up working out, it’ll be because MTV bet right on “inspiration” as a brand.

“I’m always looking for big characters and interesting worlds,” Fitzgerald says. “But does it have meaning?” The search for “meaning,” I presume, was not as big a part of the Jersey Shore conversation. But between the readily available scarred drug past and the immigrant experience and the whole American-dream thing, that “meaning” — real or perceived, I’m honestly not sure — is what the neighborhood of Washington Heights offers for MTV to package neatly.

Meanwhile, the cast of Washington Heights considers what success would mean for the neighborhood. Taylor already fears unnamed forces trying to quiet the rumble: “There’s a courtyard in my building and they’re trying to make it so you can’t bring your dog out there. I live across from a basketball court and people would complain that they can hear people playing basketball at three in the morning. There’s a couch in the lobby, but you can’t sit on it!” It’s a weird state of mind: being proud to death of your neighborhood means constantly worrying about it changing. And so the neighborhood might as well be be wagging its anthropomorphized finger and saying, “If this MTV bullshit fucks things up … ”

At the same time, there are opportunities to take advantage of. JP’s already talking about using the hype on the show to set up a community center, a place where children can spend daytime hours creatively. To raise money, he’s planning a celebrity basketball game. “It’ll be in the summer,” he says. “By then, I should know some celebrities.”