Can Oprah Save Lindsay Lohan? 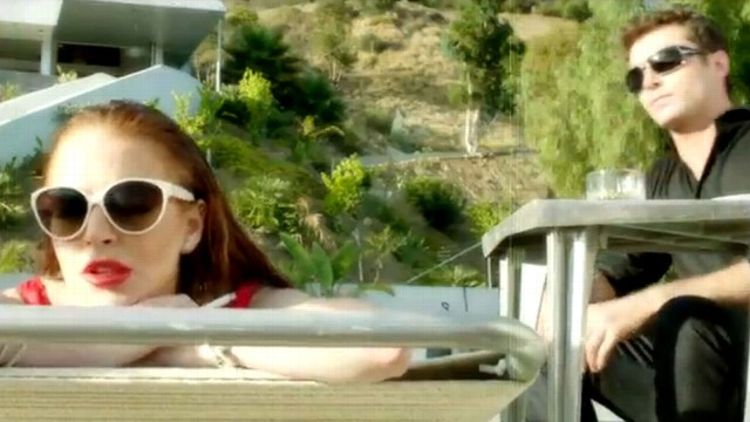 Lindsay Lohan has announced her first post-rehab plans. She’ll be doing an eight-part inspirational docu-reality series for Oprah on OWN! It’ll only cost Oprah’s fledgling network a paltry two million dollars, from a deal Lohan signed while still in rehab. After a rocky start, OWN just had its best quarter ever, having settled comfortably into its niche: tear-jerking interviews with troubled celebs like Lohan and Rihanna, documentaries about unfair media portrayals of women like Miss Representation and Dark Girls, and two shows from Tyler Perry (one comedy, one drama).

By comparison, Lohan got paid $300,000 for Liz & Dick, $200,000 for Scary Movie V, a million dollars for Playboy, and did The Canyons for scale ($6,480). She’s on the cover of the current issue of Film Comment, in a strange waxy still from the movie where Lohan looks like a Cindy Sherman character of herself. Inside the issue, Canyons director Paul Schrader composes a written tongue-bath to Lohan’s acting talent, comparing her to Marilyn Monroe and Gena Rowlands. I want to believe. But I still remember Liz & Dick. According to Pacific Rim monster Dina Lohan, Oprah will act as Lindsay’s “mentor.” Lohan gets out of rehab in early August. She’d been flirting with moving somewhere with less temptations than L.A. and NY, but has already announced she’s moving back to New York and possibly in with her mother (good luck). Michael Lohan told the press earlier this month about how Lindsay overdosed for the first time when she was 18 while filming Just My Luck. Unverified reports suggest that clinic staff encouraged Lindsay to stay in rehab longer, but she refused.

Lohan doesn’t have any film projects lined up after The Canyons. Meanwhile Oprah is in Lee Daniels’s The Butler, as part of a cast that includes John Cusack as Richard Nixon, Minka Kelly as Jackie Kennedy, and Alan Rickman as Ronald Reagan. The Linda Lovelace movie Inferno that Lohan was attached to on went on without her, casting Malin Akerman before heading into development hell for eternity. A rival movie called Lovelace went forward instead, and the meaty role of the tortured Deep Throat star went to Lohan’s Mean Girls costar Amanda Seyfried. Who knew Karen was the smart one? (She’s a mouse, duh.)