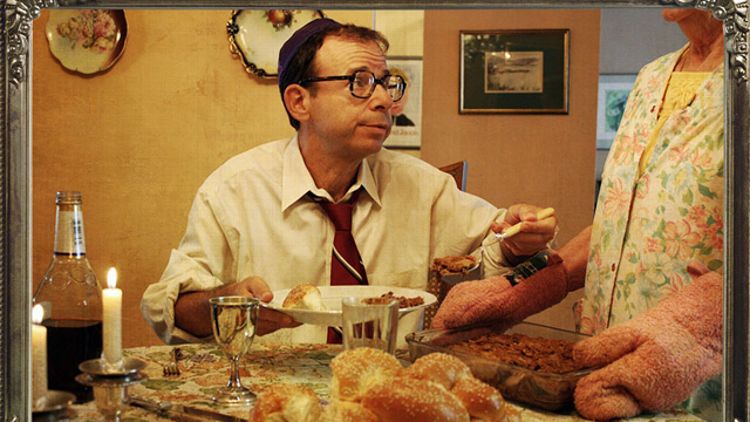 Welcome to Escape From Pop Purgatory, where we check out new music made by people who are more well known than 98 percent of the oppressively “cool” artists over whom the media obsesses, and yet are commonly perceived to be years past the point of their cultural relevance. (Pop Purgatory is fame plus time.) Because we’re unwilling to let albums released by established if unfashionable pop culture institutions come and go without a proper listen, we’re giving these damned souls a shot at redemption — or at least some much-needed publicity outside of their respective fan bubbles. In this installment, we look at the new LP from ’80s comedy star turned comedy singer-songwriter Rick Moranis.

Period of Peak Fame: 1983-89. Before you kids came along with your Michael Ceras, Jesse Eisenbergs, and Jay Baruchels, the face of boyishly nebbish comedy belonged to Rick Moranis. After launching his career on the Canadian sketch comedy show SCTV, Moranis made his feature film debut in the cult classic The Adventures of Bob & Doug McKenzie: Strange Brew, as one half of the beer-swilling, hoser-hating Canuck duo. But it was 1984’s Ghostbusters — where Moranis played Louis “Vinz Clortho” Tully — that made him the nerd-king of ’80s cinema. Moranis’s endearingly bespectacled persona was honed in subsequent films such as Little Shop of Horrors, Spaceballs, Parenthood, and the massive 1989 hit Honey, I Shrunk the Kids, the pinnacle of Moranis’s career as a leading man. But his career dipped in the ’90s, and by the end of the decade he was out of the film business altogether, unofficially retiring from movies in order to raise his two children in the wake of his wife’s death.

What’s Happened Since: Film-wise, Moranis’ most notable non–Brother Bear–related work in the past decade has been declining to appear in the eternally delayed Ghostbusters 3, though lately he seems more amenable to at least considering the idea of reviving Louis Tully. Now that his kids are grown, how is the 60-year-old Moranis keeping himself busy? He’s writing gently satiric, poly-genre novelty songs. Not only has Moranis remade himself as a songwriter, he’s become an acclaimed songwriter — his 2005 debut, The Agoraphobic Cowboy, was nominated for a Grammy. A collection of good-naturedly jokey country songs, The Agoraphobic Cowboy presented Moranis as the less irreverent alternative to the original snarky Jewish troubadour on the range, Kinky Friedman. The record inspired plenty of “this is what he’s doing now?” media coverage, but Moranis disappeared almost as suddenly as he appeared, taking eight years to put out a new album.

Where Is He Now: Even by the extremely lax standards of a Rick Moranis album, My Mother’s Brisket qualifies as a weird left turn. Aside from the strummy “I Can’t Help It, I Just Like Christmas,” My Mother’s Brisket & Other Love Songs contains no country songs. Instead, Moranis has made a record that’s thoroughly Jewish in its musical (mostly klezmer and pre-rock pop) and cultural references. The Semitic shtick is lacquered on thick on songs like “I’m Old Enough to Be Your Zaide” and “Live Blogging the Himel Family Bris,” as is Moranis’s affected Yiddish accent. Unless you’re on Moranis’s very specific wavelength, it’s a difficult album to access — the humor and musical style of My Mother’s Brisket is more 1963 than 2013. But fans who go back with Moranis to his SCTV days will appreciate his commitment to such an obscure and potentially alienating comedic conceit. While I can’t say I found My Mother’s Brisket to be funny, exactly, I do appreciate that an album like this exists several decades after Allan Sherman peaked in popularity.

Representative Track: The likeably corny Catskills vibe of My Mother’s Brisket comes through most winningly on “The Seven Days of Shiva,” a “12 Days of Christmas” parody that doesn’t skimp on the wacky schmutz. (“On the fourth day of Shiva the Resnicks came and brought / four … pickled … tongues! / three streamed pastramis / two tureens of borscht / and we had to leave their kugel in the hall.”)

Escape from Pop Purgatory: Yes. Only a schmuck would argue otherwise.

Can Oprah Save Lindsay Lohan?