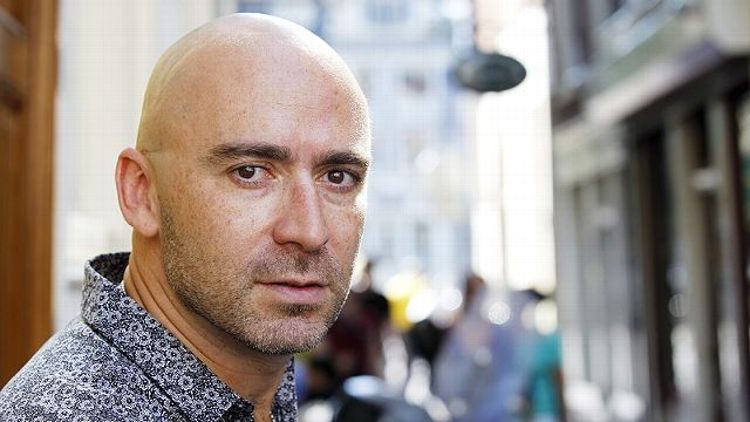 Welcome to Escape From Pop Purgatory, where we check out new music made by people who are more well-known than 98 percent of the oppressively “cool” artists over whom the media obsesses, and yet are commonly perceived to be years past the point of their cultural relevance. (Pop Purgatory is fame plus time.) Because we’re unwilling to let albums released by established if unfashionable pop culture institutions come and go without a proper listen, we’re giving these damned souls a shot at redemption — or at least some much-needed publicity outside their respective fan bubbles. In this installment, we look at the new album by the ex–lead singer of the ’90s grunge band Live, Ed Kowalczyk.

Period of Peak Fame: 1994-95. Whenever rock historians discuss the end of grunge, Kurt Cobain’s suicide in ’94 is typically singled out as the turning point. But I’d like to humbly suggest a less heralded event from the same year: the release of Live’s second album, Throwing Copper. Along with Bush, Live was among the earliest adopters of post-Nirvana “bubblegrunge,” which infiltrated rock radio in the mid-’90s and paved the way for the eventual dominance of Creed and Nickelback. Live is the proverbial fleck of chromosomal goo that squirmed out of the primordial muck and eventually evolved into rectal cancer.

While Live and its messianic front man, Ed Kowalczyk, tend to be overlooked in retrospective discussions of ’90s music, this band truly was absurdly popular for a time. Throwing Copper sold 8 million copies in the U.S. and spawned the hits “Lightning Crashes” and “I Alone,” which dominated MTV as surely as twerking pregnant tweens do now. Judging by my informal survey of used-CD stores in the past 15 years, Throwing Copper also ranks among the most resold albums in rock history. But just because you dumped the body doesn’t mean you didn’t like this band for a second in high school.

What’s Happened Since: As Live entered an era when Internet search engines only compounded how irritating it is — there has never been a band more impossible to Google — the group’s popularity dipped inverse-proportionally to Kowalczyk’s increasing grandiosity. After cresting with 1997’s double-platinum Secret Samadhi and 1999’s single-platinum The Distance to Here, Live never again sniffed the top 10 in spite of releasing three albums in the ’00s. In 2009, the other members of Live split with Kowalczyk after alleging that the singer cut side deals for the band’s publishing as well as a special “lead singer bonus” payment at a music festival. The following year, Kowalczyk released his first solo record, the bluntly titled Alone, while Live soldiered on with a new vocalist.

Where He Is Now: Students of Escape From Pop Purgatory will note that the Kowalczyk-Live split recalls the Great Queensrÿche Wars of 2013, in which a band and its troublesome figurehead suddenly find themselves in competition for the same audience with the same signature sound. Now there are two entities in the marketplace that will presumably be making music in the vein of Throwing Copper, which is at least two more than most people presently require. While the reconstituted version of Live has yet to make an album, Kowalczyk is off to an early start with The Flood and the Mercy, a record that attempts to both placate long-time Live fans with songs very much in the vein of that band’s biggest hits and make a case for Kowalczyk’s contemporary relevance with a mystifying bonus disc rounded out by five EDM and hip-hop-inflected “remixes.”

Not surprisingly, Kowalczyk is more successful at the former. The Flood and the Mercy is a classicist bubblegrunge record, for better or worse. Listening to an Ed Kowalczyk solo record in 2013 is surprisingly illuminating as far as understanding the evolution of alt-rock in the ’90s. For instance, it’s remarkable how much a song like “Parasite” (which is about how your girlfriend can totally be like a parasite, because we’re just a bunch of bros talking about chicks here) sounds like hair metal. (Even with the inexplicable assistance of R.E.M.’s Peter Buck on several tracks. By the way, Peter Buck apparently is free to play on your record if you happen to be anybody.) Grunge supposedly ended hair metal, but in reality hair metal was merely displaced for a few years as the record industry figured out how to repackage those bands in sterner, brownier clothing.

Flood isn’t hair metal like Poison but like Stryper — the album’s biblical imagery (on songs like “The One,” “Angels on a Razor,” “Holy Water Tears,” “Cornerstone” and the bonus tracks “The Garden” and “Rise”) positions Flood as a rare entry in the “vaguely Christian and overtly grunge-tinged pop-metal” genre. Kowalczyk’s secondhand Bono-isms are as insufferable as ever — especially since his pomposity writes checks that his greatly diminished fame can’t cash — but credit where credit is due: If you have an itch for a ham-fisted and thoroughly ridiculous rock record that fully earns this album cover, Flood will deliver your scratch in a highly professional and appropriately shameless manner.

Representative Track: The sound quality here isn’t great, but Kowalczyk performed “The One” a few months ago at my hometown’s zoo. He’s probably playing the zoo in your town right now.

Escape From Pop Purgatory: Nice try, but no.