Escape From Pop Purgatory: The Presidents of the United States of America Seek a Second Term 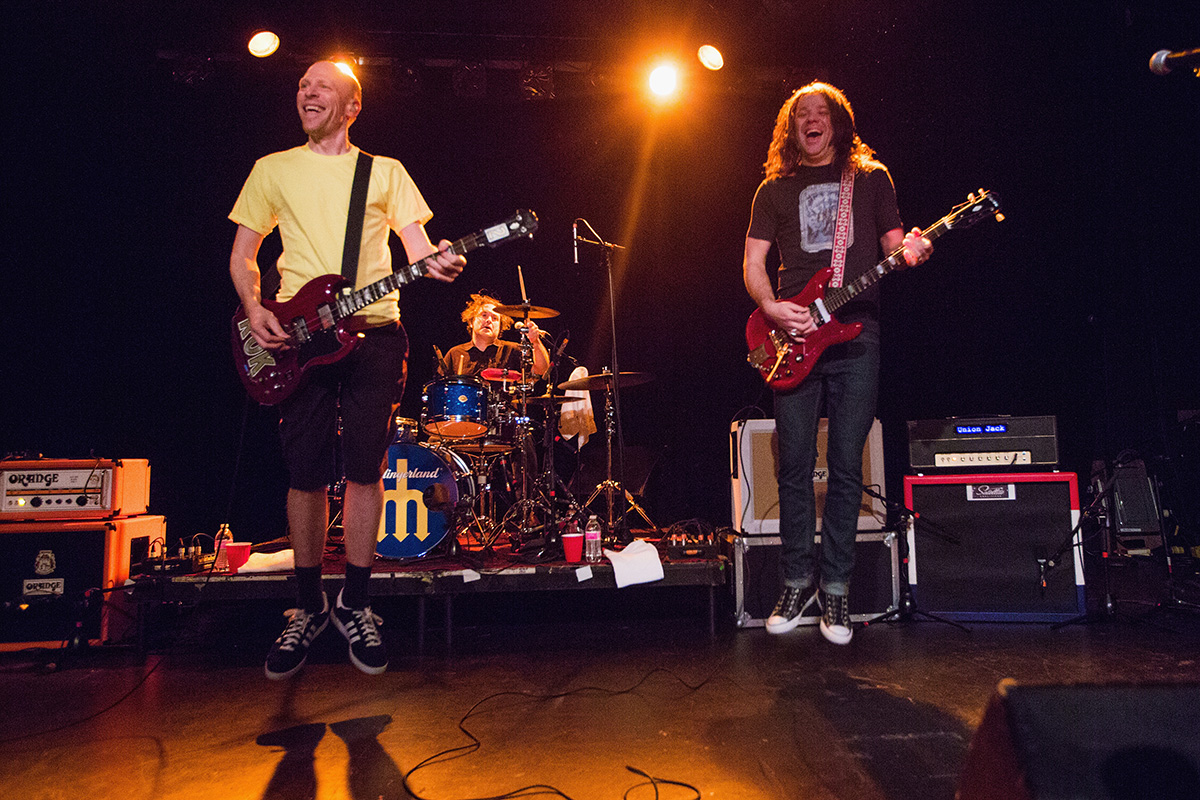 Welcome to Escape From Pop Purgatory, where we check out new music made by people who are better known than 98 percent of the oppressively “cool” artists over whom the media obsesses, yet are commonly perceived to be years past the point of cultural relevance. (Pop Purgatory is fame plus time.) Because we’re unwilling to let albums released by established if unfashionable pop-culture institutions come and go without a proper listen, we’re giving these damned souls a shot at redemption — or at least some much-needed publicity outside their respective fan bubbles. In this installment, we look at the new album by the top basitarist-guitbassist-drums power trio of the ’90s, the Presidents of the United States of America.

Period of Peak Fame: 1995-96. Conversations about the alternative era tend to get bogged down in depressing talk about drug addiction and suicide attempts. But it was also a period when bands that normally would be too silly or amateurish to get signed by major labels could actually become stars. It was the golden age of tongue-in-cheek rock, and few alt acts were tongue-in-cheekier than the Presidents of the United States of America.

Unlike their more famous peers in the Seattle music scene, the Presidents of the United States of America weren’t the least bit angsty. PUSA was modest and irreverent. They played modified instruments that were whimsically called “basitar” and “guitbass.” In their most famous song, they sang about wanting to move to the country and eat peaches. The unadorned presentation of “Peaches” suggested this was not a metaphor, but rather a straightforward song about enjoying produce. And because it was the ’90s, and nobody yet had any real problems in their lives, people bought it.

Believe it or not, kids, but “Peaches” was a top 30 U.S. pop hit, as was the single that preceded it, “Lump.” Both songs helped PUSA’s self-titled 1995 album sell an incredible four million copies.

What’s Happened Since? Unfortunately for PUSA, the public quickly tired of its peachy, lumpy charms. The band swiftly followed up the ’95 record with 1996’s II, which went gold. In 1998, the group broke up, and then reformed in 2000 to record Freaked Out and Small. After that was another breakup and re-formation in time for 2004’s Love Everybody, after which founding member Dave Dederer exited the lineup for good. PUSA then recorded 2008’s These Are the Good Times People with new “guitbassist” Andrew McKeag.

Where Are They Now? Like fellow ’90s nice-duders Toad the Wet Sprocket, PUSA paid for the making of Kudos to You! via a crowdsourced fund-raising campaign, generating enough money in nine days to also pay for a new live album recorded at one of the group’s annual PUSA fan festivals. Apparently PUSA didn’t have any songs prepared before entering the studio, but preparation is overrated in the context of a PUSA record. The band’s biggest hits were endearing, in part, because they sounded spontaneous and dashed off. Feats of not giving a shit were cool in the ’90s, even when perpetrated by nerdy rock bands.

What’s interesting about Kudos to You! — as someone who has not heard a new PUSA album in nearly 20 years — is that the band is obviously “better” now than it was in 1995 in terms of the songwriting and musicianship. They’re still writing songs called “Crappy Ghost” and “Truckstop on the Moon,” but they’re slicker and more professional sounding. Dare I say that the sweet guitbassvlines sound almost like conventional guitar riffs on Kudos to You!

Representative Track: The closest PUSA gets to their idiot savant prime is “Flea Verses Mite,” a straightforward punk song about insects. Because it’s the ’10s and everybody has omnipresent problems, I’m not sure you’ll buy it, but it’s not bad.

Escape From Pop Purgatory: Not really. But they’ve got peaches and the country, so they’ll be fine.

Filed Under: Music, Escape From Pop Purgatory, the presidents of the united states of america, steven hyden, '90s

Do You Like Prince Movies? Podcast: 'Captain America: The Winter Soldier,' the Rock and Roll Hall of Fame, and Guest Steven Hyden