The Curse of the Gilded Diaper: Understanding America’s Fascination With Famous Babies 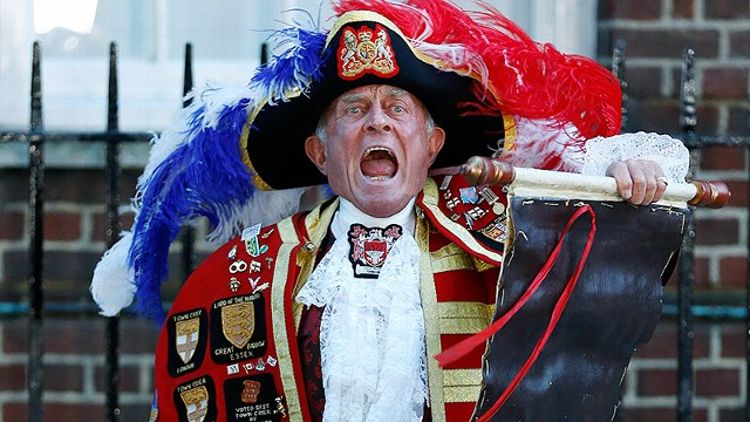 For a nation that claims not to give a hoot about the royal family, we sure did give a lot of tweets (and Facebook real estate, media coverage, and gender guesses) in honor of the occasion of the birth of the son of Prince William and Catherine, Duchess of Cambridge. The Prince of Cambridge weighs a respectable eight pounds, six ounces and his name will remain a mystery until the family departs from the hospital. The crowds waiting outside of St. Mary’s Hospital and Buckingham Palace for a first glimpse of the neonate celebrity are a varied mix of reporters, younger fans of the “modern couple,” and old-school royalists (an 82-year-old man told a reporter for Time, “I love the ceremonial aspect. I am retired now, so that is all I have” — and now I hope you, too, are picturing him as the soup man from Groundhog Day). Celebrity babies — be they third in line to the throne or the youngest person to get on the Billboard charts, as Blue Ivy Carter did when her first gurgles and cries appeared on “Glory” — are important by virtue of bloodline, and unlike people who have to whittle themselves into interesting figures to score attention and wealth, proving their talents and slowly morphing into people who seem worthy of note, the presence of these extra-special babies is written into our cultural narrative as soon as Us Weekly goes on bump watch.

This interest in the offspring of high-profile parents can be sort of creepy. Kanye West and Kim Kardashian turned down an offer of $3 million for pictures of North West, and though it seems obvious that, as Kanye told the New York Times, his daughter “isn’t America’s baby,” the media begs to differ. It’s almost as if we want a royal baby of our very own, one whose brief biography and personal details can’t be guarded by private-sector parents. We don’t like to be denied our national babies. The “feel good factor” of the royal birth has economic consequences, calling for official gun salutes and commemorative memorabilia; interest and celebration is welcomed as opposed to feeling intrusively voyeuristic. Beyoncé and Jay Z might be the closest thing we have to royalty, and the elegance with which they presented Blue Ivy to Carter family enthusiasts had an air of majesty to it, but they’re still able to lower the shades on Blue’s Barclays’ suite at any point, dimming the spotlight on the champagne bar in the playroom so she can sit out her braces-and-acne phase in private. She’s a princess, but she’s not a Princess, and as hard as the tabloids may try to chain her to their covers forever, she could slip off to become a hermit if she wanted to, Blue Ivy of the Appalachian mountains. Being Blue Ivy isn’t her job (despite good pipes on “Glory”). American babies don’t have jobs, unless they’re actors, god help them, or you stick Swiffer pads to their diapers during tummy time (and in that case, the pay is lousy). They may be mooches forever, wear sacks for clothes, or fall off the radar entirely. They can’t belong to us because they belong to themselves, despite Kris Jenner’s efforts to play Minnie Castevet and hand North over to her Satanic leader on the set of her talk show.

America has seen a shortage of babies born to presidents in office, and though the historical stakes would certainly be lower, I wonder if that would bump the royal baby frenzy down from its current position as the “most anticipated birth since the dawn of Twitter.” Grover Cleveland’s daughter was born in the White House in 1893, followed by Patrick Bouvier Kennedy’s birth in 1963 (he died a few days later, and there never was another Camelot). We tend to be paranoid about people stealing our young, and it’s hard to imagine how terrifying it would be to leave the hospital with an eight-pound billionaire prince in tow to face a sea of people waiting to vampire information and photographs from you and your newborn: This baby’s bond with his audience is preordained and unbreakable. Later he’ll learn to brand, to edit, and to pose. But for now he’s just a Tamagotchi, an alien egg in our pockets, the illusion of something that can be nurtured from inception into a person who will “give renewed hope to the future of the House of Windsor.”

Restoring hope is pretty high on his priority list, I hear. Right after mastering the unassisted burp. #Royalbabysoloburp, I’ll look forward to seeing you at the top of my trending topics in a couple of months.