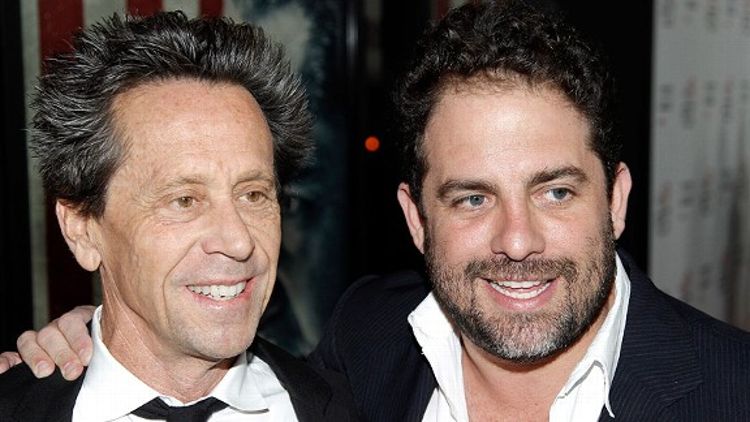 Brian Grazer has replaced the scandal-plagued Brett Ratner as the producer of the Oscars telecast. The prolific movie producer’s first job will be to find a replacement for Eddie Murphy, who quit his hosting gig following Ratner’s departure. Seeing as Grazer happens to also be a producer on Tower Heist, here’s one totally sensible solution for host: Brett Ratner. Grade: A [Deadline]

Seven Psychopaths, director Martin McDonagh’s follow-up to the very funny In Bruges, has added Woody Harrelson, Tom Waits, and Olga Kurylenko. The film stars Colin Farrell as an L.A. screenwriter who gets caught up in criminal activity when his friends (played by Sam Rockwell and Christopher Walken) kidnap a dog belonging to a big-time gangster (played by Harrelson). Waits and Kurylenko play other criminal-community members. This sounds great and everything, but you know what would make it even more promising? If it was set in Bruges. Grade: A- [HR]

Piers Morgan is leaving America’s Got Talent to focus on his struggling CNN talk show. He announced the move on-air, saying, “I’ve been there since the show began six years ago and have loved every second of it but discovered that juggling is a bit more difficult than I thought.” The producers’ current top choice to replace Morgan on America’s Got Talent? Brett Ratner. Grade: B+ [Deadline]

George Tillman Jr. (Notorious, Men of Honor) has been hired to develop and direct an expansive Miles Davis biopic that will be co-produced by Davis’ eldest son, Gregory Davis, and loosely based on Gregory’s book Dark Magus: The Jekyll and Hyde Life of Miles Davis. By the way, Don Cheadle has been developing a separate Miles Davis biopic to direct and star in, and he was doing that alongside another one of Miles’ sons, Erin Davis. Meaning: Soon enough, when one or the other of these movies actually gets made, the world will finally know just which of Miles Davis’ children has the most Hollywood pull. Grade: A- [Deadline]

David Schwimmer has joined the cast of The Iceman. The movie stars Michael Shannon as real-life contract killer Richard “The Iceman” Kuklinski, who managed to live a normal family life while doing all his murdering-for-hire. Schwimmer will play Josh Rosenthal, a fellow killer who works for a mob boss, played by Ray Liotta. This movie is shaping up to be Kuklinski’s greatest contribution to pop culture since that time Cam’ron shouted him out on “Leave Me Alone, Pt. 2.” Grade: B [Showblitz]

Holly Hunter has joined the cast of the Dutch movie Jackie, a road film about two sisters (played by real-life sisters Carice van Houten and Jelka van Houten) who head to the U.S. to track down their estranged mother. Apparently, Hunter signed on to the movie partially because she was excited about the prospect of becoming famous in the Netherlands. “If all goes according to plan,” Holly says, “they’ll be naming strands of particularly potent marijuana after me by the end of next year.” Grade: B [HR]

YouTube Hall of Fame: The Worst Movie-Star Transformations Ever