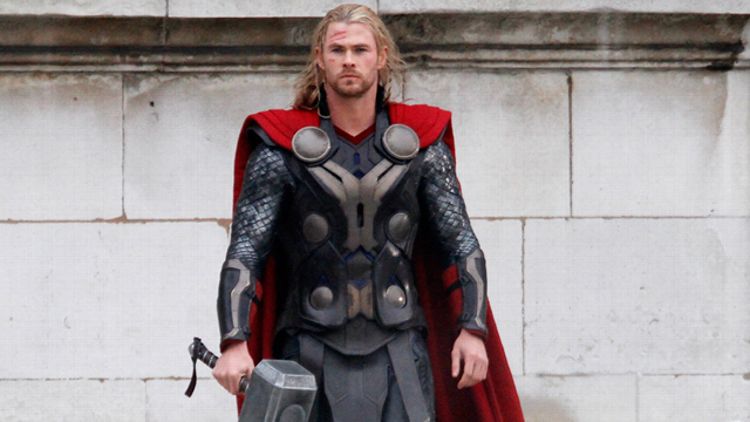 Thor & Loki’s Excellent Adventure fell 55 percent from its opening weekend, but that’s not too shabby, considering The Avengers fell 50 percent in the same time frame, and Iron Man 2 and 3 both dipped closer to 60 percent between their first and second weekends. So nice work, Hammerguy™! Worldwide, Marvel’s latest stands at $479 million.

For a sequel 14 years after the original, this one was huge, almost doubling its $17 million budget in one weekend. It should stay strong in the coming weeks, too, with all that Christmasiness. The only downside: The cast is so big that someone’s hand is gonna ache after writing all those congratulations cards.

Robert De Niro and his aging playmates have been mercilessly toggling between third and fourth place these past few weeks. If Last Vegas doesn’t disappear from view by next weekend, I might have to actually see it.

We’re deep enough into this movie’s lifespan to call it like it is: Free Birds isn’t going to come close to being one of the animated films anyone remembers from 2013. Sorry, birds. Meanwhile, I rewatched The Croods this weekend — great flick!

Also notable: After just two weeks in the top five, Ender’s Game fell to no. 7 with a $6.3 million weekend. The Orson Scott Card adaptation has earned just $53.8 million domestically and a pocket change–y $9.1 million overseas. My guess: Don’t expect a sequel. Gravity, meanwhile, was just one outside of the top five, but this weekend was enough to push it past the $240 million mark domestically and the $500 million mark worldwide. Congrats, Grav! Alexander Payne’s black-and-white Bruce Dern–starrer Nebraska raked in $140,000 at four theaters, which BoxOfficeMojo calls “unimpressive,” although Forbes puts it in perspective when you consider Shia LaBeouf’s Charlie Countryman made just $8,579 on 15 screens. Yikes.