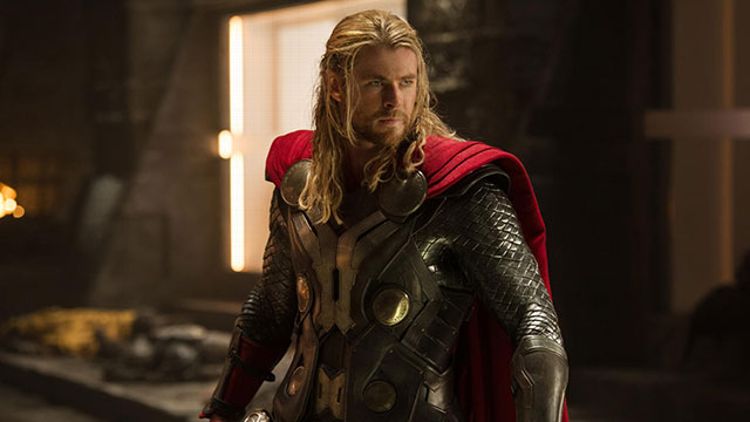 I’m not saying Thor “smashed” the box office, because that’s just not respectful to Thor/how Thor conducts himself/the enemies Thor opts to use his smashing abilities against. But the young Australian god did better than his first time out, earning almost $21 million more than his self-titled 2011 joint. “It is, of course, less than half of Iron Man 3’s $174.1 million, writes Box Office Mojo, “though it’s important to remember that Chris Hemsworth’s Thor isn’t even remotely as popular as Robert Downey Jr.’s Tony Stark.” Which, based purely on little boys’ Halloween costumes last month, makes sense — tons of Iron Mans, a few Captain Americas, your usual batch of Spider-Mans, absolutely zero Thors. (Surprisingly few Batmans, too. You really screwed with the Halloween experience, Christopher Nolan.)

This is a 44 percent dip from last weekend’s box office, but it won’t be surprising if Bad Grandpa somehow cracks $100 million. I rewatched 2002’s Jackass: The Movie over the weekend (a) so I’d really “get it” when I had to sit down this morning and write about the franchise scoring big again more than a decade later, and (b) to see if I’m really an idiot. I do, and I am.

Only slightly fewer families went out to Free Birds than idiots who went out to see Bad Grandpa. (I’ll be in both parties within the next week or two.) The long-term outlook looks dicey for the first animated feature from Reel FX Creative Studios, the latest to try to crack that hallowed Pixar/Dreamworks market. (Are they going to release a Thanksgiving movie on DVD in March or what?) I’m still interested to see how much steam the turkeys have until Disney’s Frozen hits later this month, though.

A fairly small dip in attendance from last weekend — and a position-flip with Free Birds in the top five — but no one should be surprised to find this one’s audience taking their time getting out to the cinema. (Because they’re old. They’re not obligated to rush. They will make you wait for your money, Last Vegas.)

“For a franchise starter with a $110 million price tag, that just won’t get it done,” says Deadline in its best stern dad voice. Meanwhile, Lionsgate’s CEO has been wishy-washy about the potential for more Ender’s games, saying he wants to wait and watch the numbers a few more weeks. Good luck with that, man.

Steve McQueen’s film added more than 700 theaters this weekend, expanding to 1,144 total. It came in seventh in the overall top 10, which isn’t bad when you’re an unflinchingly serious slavery drama messing with a long-haired god, a magical space-child, talking turkeys, a partying grandfather, and four extremely famous old men.