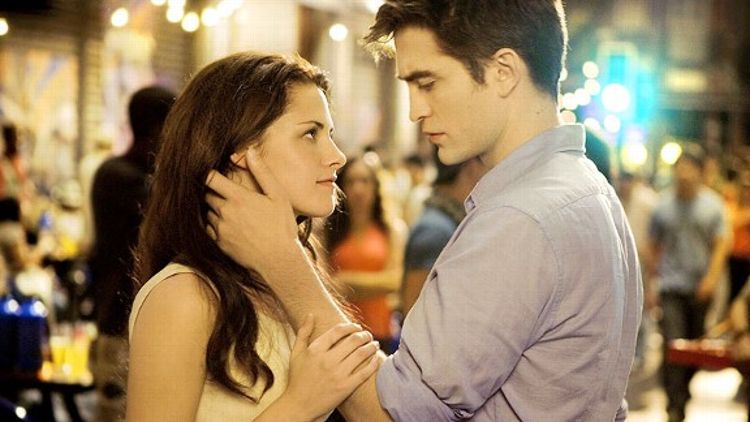 Critics say it’s terrible, but that won’t matter to the fanatical, unshowered hordes who’ve been camped out in front of theaters for a week without access to bathrooms or Rotten Tomatoes. The plots of previous Twilight movies have mostly revolved around Edward and Bella gazing boringly into each others’ dead eyes. But Breaking Dawn features a wedding, a sex scene, and a womb-shredding demon baby, so tracking indicates its first-weekend gross to hit triple-digit Harry Potter numbers.

Penguin-rendering technology hasn’t seen many advances in these past five years as HF2 looks almost identical to 2006’s original Happy Feet, distinguishable only by its worse reviews. Luckily for Warner Bros., the only thing less discerning than a Twilight fan is a parent of young children seeking a quiet Saturday afternoon.

Plan B for the penguin-averse family.

With a seven-day gross of about $30 million, this Razzie-contending stinker is underperforming by Adam Sandler’s usual standards. Maybe he should have played a third character, too.