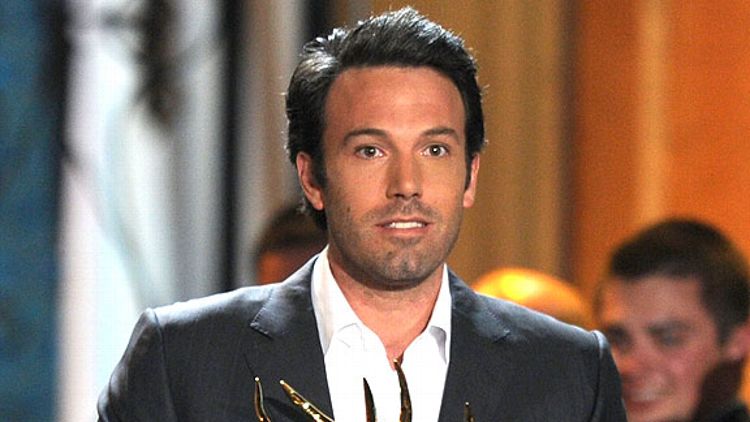 Ben Affleck is in talks to direct and star in Line of Sight, an action flick about an elite squad of commandos charged with transporting cargo while dealing with some kind of global threat. The title of the movie apparently refers to the fact that it will feature a point-of-view similar to that of a first-person shooter video game. Unconfirmed rumor: also, the love story in this movie is inspired by Pong. Grade: B+ [HR]

Jonah Hill is in talks to join the comedy Neighborhood Watch alongside Ben Stiller and Vince Vaughn. The movie centers on a crew of guys who form a fake neighborhood watch in order to do bro stuff without their dumb loving families getting in the way, and who then promptly stumble upon an alien plot to destroy Earth. Unconfirmed rumor: Hill befriends the aliens by offering them highly effective weight loss tips. Grade: B- [HR]

Dwayne “The Rock” Johnson will executive produce a wrestling drama, under Bruckheimer TV, for NBC. The show will be set in the eighties, when pro wrestling first launched its original wave of stars. Hulk Hogan, call your cameo agent! Grade: B [Deadline]

Paul McCartney will perform Ocean’s Kingdom, an opera centered on an underwater love story, with the New York City Ballet on September 22, then release the soundtrack to retail via Decca Records in October. The popular takeaway here is that Decca is the same label that didn’t sign the Beatles when it had the chance, so it’s like Paul’s come full circle. Wait, Paul — you didn’t pitch the underwater opera thing to Decca the first time around, did you? That would explain a lot. Grade: C [HR

Ed Zwick will direct and co-write (alongside Marshall Herskovitz) The Great Wall as the first project for Legendary East, a Hong Kong-based production company that wants to make projects with commercial relevance both in China and internationally. The movie will focus on the mystery behind the Great Wall of China. Not, like, the mystery literally behind it. Grade: C [Deadline]

Universal has decided to drop its adaptation of Ouija, and will pay the game’s maker Hasbro a $5 million penalty as per the terms of the two companies’ original agreement. $5 million to not make a Ouija movie? Sounds about right. Grade: A [Vulture]

Chord Overstreet, who recently left Glee after not being made a series regular, has booked a one-episode gig on The Middle as a substitute fourth-grade teacher. Grade: C [HR]