At Least Conan’s Shrinking Audience Has Its Youth 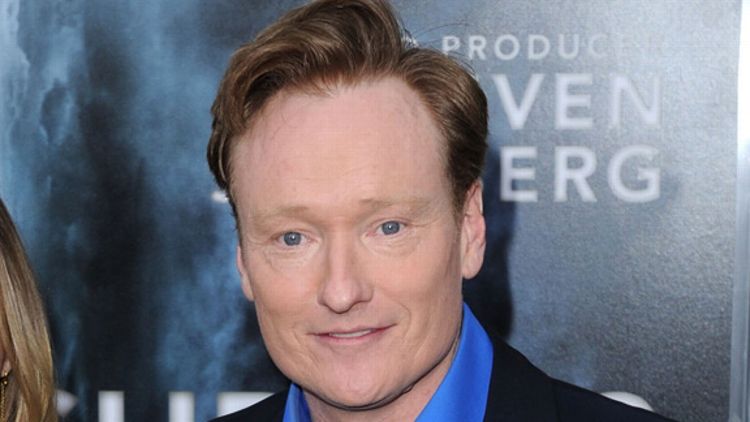 In yesterday’s New York Times, Bill Carter — the Homer of the late night talk show Odyssey — penned a depressing, reality-checking piece about the state of the desks. The takeaway: the era of glib, monologue delivering, band-having, big-chinned raconteurs is over. Comedy Central’s one-two punch of Jon Stewart and Stephen Colbert — with their innate ability to attract millions of savvy, young eyeballs with nothing more expensive than a brightly-lit set and a staff of nerdy, male Harvard graduates — was the epoch-altering meteor that sealed the dinosaurs’ fate. But according to Carter, the sea-change in entertainment — how we consume it and how much we have to choose from — is what’s hastening their demise. (If you’re a scientist, think of this as the sun-blocking dust kicked up by said meteor. If you’re Michele Bachmann, consider it the legion of diplodocus-hunting ur-men who re-claimed the Earth for the true children of Adam. Either way.)

Per Carter it’s Jimmy Fallon’s innate web-savvy, as opposed to his killer Neil Young impression that’s helped him achieve relevance (and, this year, a coveted Emmy nomination). Meanwhile, Leno and Letterman continue trading barbs from the decks of their elderly, sinking ships (the median age of their audience is a Twitter-ignorant 56) and less traditional late-night options — like the grown-up cartoons of Adult Swim and the grown-up cartoon, Chelsea Handler — gain ground. All of this, as usual, seems like bad news for Conan O’Brien, late night’s very own Frank Grimes. To cap off what’s already been a bumpy year for Conan, Carter’s piece suggests that TBS has moved the goalposts yet again for their franchise personality. Just 18 months after crowing that getting O’Brien meant TBS was “every bit as good as broadcast television,” TBS boss Steve Koonin is now saying that the tall redhead has “made TV convergence come to life” and that the only goal of Conan — whose ratings occasionally have fallen below even Handler — is to be “the youngest show in late night.” No disrespect to Steve Koonin but is that even a thing? If the only goal was to make a young television show, why not hire the Wiggles? Or save even more money and just broadcast a bright, shiny light for 60 minutes every night?

Still, Koonin and Conan are as bound up together as Oprah and Uma, and today Koonin doubled-down, ordering a very ordinary sounding multi-camera comedy from Conan’s company. This strikes us as a little like buying your wife flowers on the way home from lunch with a divorce attorney but what do we know? Conan has overcome bad odds many times before and his show has actually gotten better as expectations — and media attention (heck, all attention) — have dwindled. At this rate by the time Koonin announces his pride over having, without a doubt, the tallest host in late night, Conan just might become unmissable.