Lily Allen Was Offered a ‘Game of Thrones’ Role, But It Was Too Incest-y 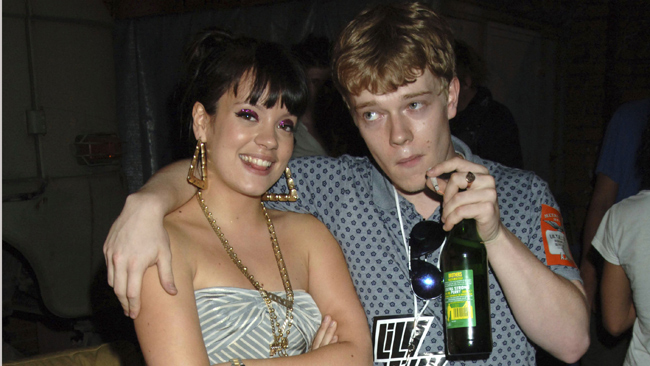 Lily Allen, whose brother is evidently Theon Greyjoy on Game of Thrones, was originally asked to play Theon’s warrior sister, Yara. “I felt uncomfortable because I would have had to go on a horse and he would have touched me up and shit,” the singer said in a Reddit AMA. “Once they told me what was entailed, I said no thanks. I would be open to doing a musical cameo like Sigur Ros, though.” Musical cameos >>> real-life bro-sis incest vibes. [via]

Speaking of Thrones: George R.R. Martin writes on a DOS word processor — just like they did in Old Valyria.

Every film junket interview is exactly the same.

The MJ/JT song has a video.

Want to think about Jay Z and Beyoncé in a Solange-free context? May I present the BET Award nominees.

Ridley Scott will direct Matt Damon in The Martian. “Described as being in the vein of Robert Zemeckis’ Cast Away and Ron Howard’s Apollo 13 … Martian centers on an astronaut who is stranded on a Martian colony and struggles to survive. Back on Earth, NASA tries to mount a rescue mission.”

Joe Mande and Noah Garfinkel have a new Future lyric interpretation video. (In case you missed the original, may I present “Onions.”)

Malik Bendjelloul, the 36-year-old director behind Searching for Sugar Man, committed suicide in his native Sweden. Here’s Grantland’s 2012 article on the Oscar-winning documentary.

J. Biebles is being investigated for attempted robbery.

And the Lego Simpsons episode is now streaming. [via]

A Viewing Guide to the Greatest Fictional Basketball Scene Ever Filmed